Neuralink, a Brain Chip to Connect to a Computer

Having a chip in the brain is a scary concept for many people, but there are many who think of Neuralink as the interface of the future that can improve many lives. The union between the human brain and the computer could be a reality soon. 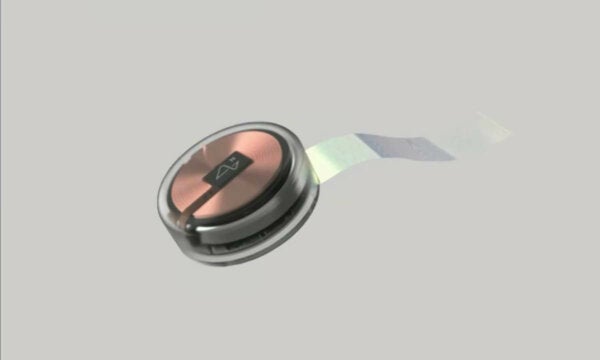 Elon Musk is a tycoon capable of arousing admiration and controversy at the same time. Some refer to him as “King Midas” and others as the “Nikola Tesla II” (due to the brand of his electric cars). In any case, he seems set on promoting the technology of the future. In fact, his latest creation, a brain interface that connects to a computer, is proof of this. The chip would be marketed as “Neuralink”.

It’s very likely that, when reading the headlines of this news, many have already thought about what something like this may mean. This chip of the size of a coin could store a great amount of information without effort. It’d help learn a new language just by downloading it from an app. In essence, it would add a lot more potential to the brain. After all, we’ve read about this kind of thing in futuristic novels by Isaac Asimov, Arthur C. Clark, and Philip K. Dick, among others.

The prototype presented has simple aspirations (at least at the moment). Mainly, researchers are conducting tests on animal models. In fact, the implanted chip only records the brain activity of a group of pigs, among them Gertrude, a young piglet.

The short term goal is to guide it to medical purposes, such as stopping epileptic seizures and improving the quality of life of patients with spinal cord injuries.

Everything you need to know about Neuralink

The final goal of Neuralink is to achieve an absolute symbiosis with artificial intelligence. That is, the dream for which Elon Musk created this neurotechnology company specialized in the development of brain-computer interfaces in 2016. Something like this definitely generates a strange sensation between restlessness, curiosity, hope, and, why not, also fear.

The panorama drawn by this proposal that clearly combines human life with machines presages an almost revolutionary change in human lives. It’s little more than the fusion of technology with the body and, specifically, with the brain. This, in itself, opens up a Pandora box of ethical and social issues one should begin to reflect on. Continue reading to find out more about it!

“Technology is usually fairly neutral. It’s like a hammer, which can be used to build a house or to destroy someone’s home. The hammer doesn’t care. It is almost always up to us to determine whether the technology is good or bad.”

Neuralink is a type of technology that’s been under development for four years. In 2019, they conducted research that consisted of implanting a small device in the brain of a mouse. Then, they introduced the second generation this past August 28th. It’s a device the size of a coin directly implanted in the skull of a pig.

Elon Musk points out that all these problems are nothing more than alterations in the neuron network. One can solve this complex wiring via an implantable neural link connected to a computer.

The goal of the future: superhuman cognition

One of the aspirations of Neuralink technology is to achieve superhuman cognition. However, what does this mean and what are its implications? Elon Musk seeks, above all, to have the machines serve humans and not the other way around. The goal is to have artificial intelligence at our fingertips and be able to control it at all times.

In the future, human brains would have greater potential and, above all, healthy ones. Diseases such as Alzheimer’s, Parkinson’s, or any other neurodegenerative condition would cease to exist because memory and other cognitive functions would be preserved.

Linking the brain with computers will take time

Some basic devices make use of the symbiosis between brains and machines. There are, for example, machines that record brain activity, such as electroencephalograms (EEG). Likewise, the company DARPA (Defense Advanced Research Projects Agency) has already created a surgical microchip that allows paralyzed people to pilot simulated planes.

Neuralink means going one step further by continuously exchanging information between a computer and the brain. It’s about allowing a quadriplegic person to walk again and recover the functions of their body. Also, a person with depression could receive other types of mental stimuli to progressively improve their state of mind.

Something like this will take time. Furthermore, Elon Musk informed the world that his company would start testing Neuralink on humans in 2020. However, this won’t be possible for a while because the interface implant still needs improvement. The goal is to further optimize the robot that’ll perform these interventions so they can do it quickly, accurately, and under local anesthesia. The intervention would last less than an hour and the device wouldn’t be visible. In other words, a person wouldn’t feel anything.

“This is definitely not science fiction,” says a member of the Elon Musk team in charge of creating this technology. “It will be mature and practical and commercial eventually, but there’s a lot of work to be done still”. There’s also the ethical and social issues factor. Neuralink will access people’s thoughts and even store them.

This would allow a person to recover them in case of an illness or accident, for example. However, what would happen if another person had access to the personal memory bank you stored on a computer? Furthermore, a computer could decide to erase a traumatic experience to improve your psychological balance. Would this be legal? Also, what about piracy?

All these are formulas and questions yet to be answered but society must confront as soon as possible. This is because the future advances fast and people must be prepared for significant changes.

The Stimoceiver Chip, A Fascinating Experiment
The stimoceiver chip experiments are some of the most controversial neuroscientific experiments of all time. Read on to learn about them! Read more »
Link copied!
Interesting Articles
Research
Neuroscience: A Way to Understand How the Mind Acts

A well-known fact of human life is that memory tends to deteriorate with age. However, recent studies show that there might be a way to reverse memory loss. New techniques…