The Lenticular Nucleus: The Center for Learning and Motivation

The lenticular nucleus works in conjunction with other structures of the basal ganglia. Its connections have a lot to do with acquiring and improving skills. 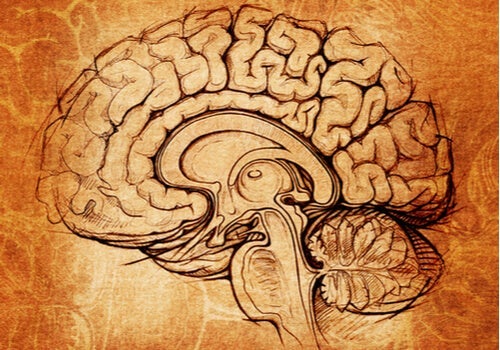 Our nervous system is full of curiosities, and the lenticular nucleus is one of them. It’s a subcortical brain structure that, among other things, is the source of motivation and learning. However, when we talk about the lenticular nucleus, we aren’t referring to a specific structure, but rather to a set of them.

In this article, we’ll show you the parts, characteristics, and functions associated with this nucleus. In addition, we’ll show you the most common problems and their consequences. Finally, we’ll also share a few curiosities with you. Let’s get started!

What are the different parts of the lenticular nucleus?

First of all, it owes its name to its lens shape. We can find it below the insula, and it has three segments that are mainly divided into two structures, according to the book Neuroscience: Exploring the Brain, written by Bears, Connors, and Paradiso. These are the two structures:

Therefore, we can say that the lenticular nucleus is the union of two structures. It’s made up of gray matter, is cuneiform, and is attached to the internal and external capsules. In it, we can find, above all, the GABA neurotransmitter, acetylcholine, and the encephaline peptide.

Now, besides the lenticular nucleus, what are the other parts of the basal ganglia?

These nodes are a set of interconnected nuclei located around the limbic system and third ventricle. Their functions include planning, integration, movement control, learning, and motivation. Remember that, even though there are anatomical divisions in each part of the brain, it doesn’t participate in just one single function.

Functions of the lenticular nucleus

It has many varied functions. Here are the main ones:

To carry out these functions, the lenticular nucleus establishes connections with the cerebral cortex and thalamic nuclei. This communication can be bi-directional.

This nucleus can be linked to subcortical dementias. For example, those produced by Parkinson’s disease and Huntington’s disease. These are associated with the inability or difficulty to coordinate and carry out movements, accompanied by a deficit in executive functions and memory.

There’s also a link to psychomotor disorders. One example of this is, again, Parkinson’s disease, since the basal ganglia are affected. It also has to do with other movement disorders, such as ataxia, Gilles de la Tourette syndrome, and nervous tics.

This nucleus is also at the center of some mental disorders, such as obsessive-compulsive disorder. This occurs when both the caudate nucleus and the putamen are overactivated. In addition, the abnormal functioning of the lenticular nucleus also seems to have an influence in attention-deficit/hyperactivity disorder, as it interferes with motivation and learning, and favors the appearance of tics.

In short, the lenticular nucleus is essential. We’ve seen that it’s responsible for many different and varied functions, such as motor skills or attention. In addition to this, it also helps us to become more organized and structured with how we store and recall information. Thus, it enhances our learning. However, when something goes wrong, it can directly affect our well-being, and, with it, our quality of life.

Brain
The Epithalamus: Characteristics and Functions

The epithalamus is a tiny structure that carries out extremely important functions for your survival. It regulates circadian rhythms, as…