The Lake Wobegon Effect: Considering Yourself to be Above Average 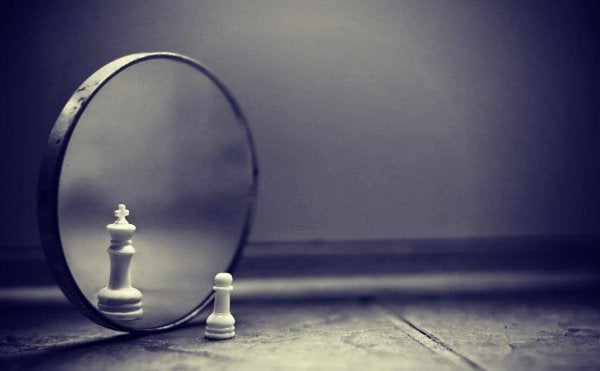 The writer Garrison Keillor created a fictional city called “Lake Wobegon”. It’s a place where all women are strong, all men are good looking and all children are above average. It’s a picture of a cognitive bias called the Lake Wobegon Effect: overestimating our abilities and disregarding our negative qualities.

The phenomenon has also been called illusory superiority, and it is very common. For example, 95% of drivers consider themselves to be above the rest; the same with most students. Thinking that we are above the average is very common. In fact, we tend to judge the world according to our merits, stereotypes and unconscious attitudes.

If asked to evaluate our level of intelligence compared to other people, most of us would say that we are above average. For some this may be true, but very few would recognize if they are below average.

The Lake Wobegon Effect is believing that we are superior to others and being oblivious of our weaknesses and errors. We have a false sense of superiority, whether it’s in intelligence, beauty or behavior.

“A whole lot of us go through life assuming that we are basically right, basically all the time, about basically everything: about our political and intellectual convictions, our religious and moral beliefs, our assessment of other people, our memories, our grasp of facts. As absurd as it sounds when we stop to think about it, our steady state seems to be one of unconsciously assuming that we are very close to omniscient. ”

The illusionary superiority of considering ourselves above average

As Charles Darwin said, “Ignorance more frequently begets confidence than does knowledge”. Therefore, illusory superiority tends to occur more in incompetent people who overestimate their abilities. These are people who are short-sighted when it comes to recognizing other people’s skills and abilities.

This self-deception and lack of cognitive awareness is usually linked vanity. In addition to considering themselves superior, they’re unable to recognize that they may be wrong. It’s impossible for them to accept that they don’t know something or don’t have certain abilities.

The most interesting thing about this cognitive bias is that the more incompetent you are, the less aware you are of it. They tend to be people who boast about their brain, their culture and their intelligence. But they actually don’t have much to boast about. What’s worse, they are not aware of it. It comes from insecurity, whether they know it or not.

Now, having a favorable view of our abilities is not bad or selfish, nor does it mean we’re ignorant. On the contrary, it helps us. The problem is when we go overboard. When we believe we’re the best at everything, forgetting that we also have shortcomings and that there are many other people with good qualities.

“The trouble with the world is that the stupid are cocksure and the intelligent are full of doubt”.
-Bertrand Russell-

The consequences of the Lake Wobegon Effect

Psychologists Justin Kruger and David Dunning of Cornell University found that, in general, people who were clearly below the average in terms of intellectual capacity and knowledge believed themselves to be the smartest people. Nietzsche called this group of people bildungsphilisters, or cultural philistines, ignorant people who boast about their degrees and years of experience.

In fact, four of the most important studies on the the Lake Wobegon Effect agreed. People with slightly lower abilities often consider themselves to have exaggeratedly good abilities, and they also have great difficulty recognizing their own incompetence.

On the contrary, people with slightly higher performance tend to have exaggeratedly lower perceptions of themselves than their real performance. That is, they underestimate their abilities. Also, by doubting themselves they tend to be more insecure and hesitant and therefore inspire less confidence.

In addition, people under the influence of the Lake Wobegon effect have trouble with two things: making good decisions and being self-critical. Consequently they don’t grow.

So let’s reflect: how do we see ourselves? And how do we we value others? Do we look at people’s capacities and qualities? Or do we simply trust in how confident they seem without digging deeper?

“Only two things are infinite, the universe and human stupidity, and I’m not sure about the former”.
-Albert Einstein-

5 Personality-Revealing Situations
Sometimes people surprise you with their behavior, even if you've known them for years. That's why it is important to pay attention to certain unique personality-revealing situations that can shed some light on who people really are. Read more »
Link copied!
Interesting Articles
Psychology
3 Types of Emotional Dependence

Emotional dependence is a complex condition. Generally it does not obey any one rule, and creating it and maintaining it…

Criticism will only affect me as much as I let it. I have spent half my life thinking too much…