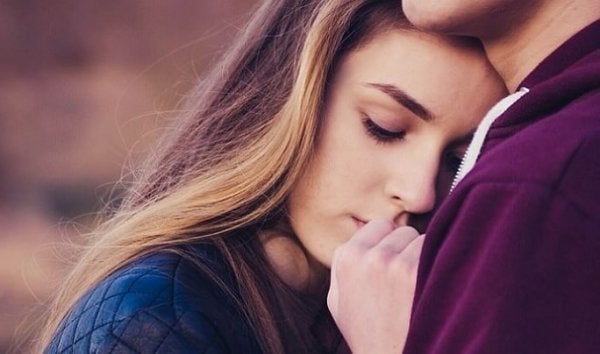 Most psychologists believe that insecure attachment is formed in early childhood. It is viewed as a consequence of the relationships we develop with the people we trust in our childhood. These first few bonds are the foundation of the type of relationships we form later on in life.

When a child develops a secure attachment, it presents as a healthy bond. In other words, they learn to expect the best from the other person and believe that they have a good heart. In people with insecure attachment, however, the expectation is the complete opposite. They expect the other person to abandon them or harm them in some way. This attachment style takes on three different forms: disorganized/disoriented, anxious-ambivalent, and anxious-avoidant.

The 3 types of insecure attachment

Disorganized attachment is a bond that is typical of people who have suffered abuse in their childhood. It’s common for them to have been left alone and without support during moments of distress, and for their caregivers to have used physical punishment to intimidate them. It’s also common for their caregivers to have had an ambivalent attitude towards them. These people never knew what to expect from the people who were supposed to protect them. Sometimes they were affectionate, and sometimes they would suddenly become aggressive or negligent, and they didn’t know why.

People who had parents like this tend to repeat the same pattern of behavior as adults. They’re unable to maintain consistency between the actions that they carry out and the thoughts and emotions that manifest. They go from submission to aggression, or from closeness to distance, with disconcerting ease. Not even they understand what’s happening to them.

If their relationship with others or with someone in particular is a source of anxiety, it’s common for these people to react in an unexpected way – they emotionally disconnect and start acting like a robot. But this won’t help them handle their anxiety.

The main characteristic of anxious-ambivalent attachment is intense contradictions in the relationship. Like in all cases of insecure attachment, the root of this attachment style is having contradictory parents. They never knew what to expect as a child.

When this type of children become adults, they show a very strong need for closeness and affection. Their relationships with other people are very intense. They show dependence, a need for approval, and over-sensitivity to rejection.

When they establish a relationship, it’s hard for them to stop suspecting that something will go wrong. They focus too much on their relationship problems and not on any of the positive aspects. All of their relationships give them anxiety, which leads to escapist and avoidant behavior, such as substance use and self-harm.

In anxious-avoidant attachment, the most prominent feature is difficulty establishing close relationships, resulting in deep emotional pain. These people tend to develop false autonomy. They’re independent, but at the same time, they enter into a state of extreme anxiety when they feel like someone is becoming emotionally close to them.

It’s very hard for them to recognize their own emotions. Sometimes they say that they’re interested in something, but their attitude shows reluctance. Or sometimes it’s the opposite – they indicate that they’re not interested in someone or something, but their behavior reveals the opposite. They don’t do this on purpose, they simply struggle to identify their emotions.

Generally, people with anxious-avoidant attachment had an upbringing characterized by emotionally distant caregivers. They did not receive support from their caregivers when they needed it. It’s common for these parents to justify their behavior with the idea that their distance will push the child to be responsible, or something similar. But the truth is when people grow up like that, they learn not to trust others. They don’t think that anyone can support or help them.

All of these forms of insecure attachment point to limitations later in life, especially emotionally. But it is possible to change relationship patterns through awareness of one’s own behavior, its causes, and its consequences. That way, these people can overcome their attachment issues and live a more fulfilling emotional life.

There are people who always seem to have the knack of making light of difficult situations and making you laugh until your sides are splitting. They do it because that's what…

Psychology
Life Doesn’t Take People From You, It Distances You From Those You Don’t Need

When it is a matter of saving our own self-love and our dignity, we have to be clear on something:…

Psychology
11 of the Best Ways to Treat Depression

The world mandala comes from Sanskrit, and it means "sacred circle." Mandalas are circular symbols that are part of a lot of different cultures. Buddhism, Hinduism, Christianity, and some indigenous tribes…