The Key to Being a True Genius is Persistence

People often think that geniuses are born. However, factors such as persistence show that anyone can be a true genius if they want to. 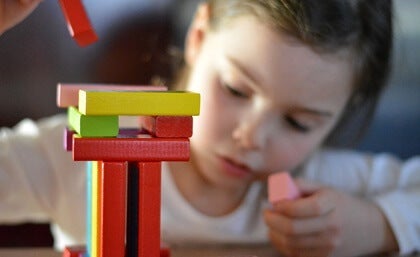 Some people don’t believe this, but it’s true that certain individuals come into the world with an innate talent. However, said talent isn’t enough. In reality, in order for these people to become real geniuses, they have to be persistent. This characteristic is what shapes and empowers their talent; it requires hard work, determination, and a favorable environment. No true genius was able to reach that point without dimensions such as tenacity, ambition, and motivation.

Many believe that geniuses are born, not made. According to them, either people are born with an exceptional gift or they’re basically obliged to work hard to find something they’re good at. Now, to assume that this idea is true is, well, a huge mistake. Experts in intelligence, talent, and creativity, such as Malcolm Gladwell, shared very important ideas to reflect on.

For starters, someone may have a very high IQ but they don’t detect it on time or if their social and personal context isn’t adequate, that potential will be suppressed. On the other hand, no true genius will do anything relevant if they don’t make use of persistence. Generally speaking, without passion, determination, and resistance to frustration, no one will be able to achieve their goals.

People such as Steve Jobs, Stephen Hawking, and Leonardo Da Vinci are examples of how persistence shapes knowledge. Furthermore, if there was something that characterized them, it was their drive to outperform themselves every day. As you can see, persistence is the light that guides the way of a true genius.

Practice isn’t vital when you’re already good at what you’re doing. However, it’s completely essential when you’re trying to be better at something. Being disciplined is also key to a true genius. It’s important that you keep this in mind in order to project yourself into the future. For example, many historians say that Wolfgang Amadeus Mozart was a musical genius from birth.

Moreover, we know that, at age four, he already played the violin and harpsichord. On top of that, at age five, he composed small pieces of music and, at age six, the European society expressed that he was a talented miracle. His natural gift for music was quite evident. However, we oftentimes overlook the fact that little Mozart practiced between five and six hours a day. In addition, his father, Leopold Mozart, gave up many of his responsibilities to deal exclusively with his son’s musical education.

Jonathan Plucker, an educational psychologist at Johns Hopkins University, points out in various studies and works that symphonies didn’t simply appear overnight in Mozart’s mind. When he analyzed his diaries, he noticed that his pieces of work took him months to complete. As you can see, that true genius we all admire didn’t just rise from one day to the next.

Carol S. Dweck, a psychology professor at Stanford University, points out that many illustrious geniuses, both of today and of our past history, were ordinary people in childhood and even youth. In other words, their profiles didn’t necessarily reflect extraordinary talents or a high IQ.

Persistence marked Monet or Cézanne’s mastery. Motivation led Charles Darwin and Sigmund Freud to state their theories and approaches. Skill comes with practice and tireless daily work. It’s easy for those on the outside to only admire the results and overlook the hard work it takes to be able to excel in a field.

“Without perseverance, talent is a barren bed.”

Confucius pointed out that people could achieve perfection through practice and effort. This is true. However, achieving it also depends on the subject’s character and personality. In books such as The Hypomanic Edge: The Link Between (a little) Craziness and (A Lot Of) Success in America by John Gartner, you can find that a true genius who excels in exceptional talent through persistence tens to have very specific traits. Let’s see what those are.

Last but not least, there’s an important aspect that you must consider. A person’s natural talent is a great instrument to have when you want to achieve success or excel in a field. Nonetheless, persistence is what determines this talent. Now, taking into account those personality factors, we must also note that courage is key in this. We all know that facing new challenges is scary. However, no individual was ever able to achieve their goals without doing so.

The foundation of braveness lies in the individual’s self-esteem. This trait is oftentimes unpredictable, meaning that most people don’t know how brave they can be until they have no other choice but to be so. In order to become a true genius, fear must leave the equation, at least for the most part. This isn’t easy nor can it be achieved overnight. For this reason, it’s extremely vital to work on being more committed and responsible with yourself every single day.

Everybody Can Become a Genius
for you to find yourself. However, I'm sure that there's something you feel passionate about, and you might even be a genius at it without even knowing. Read more »
Link copied!
Interesting Articles
Personality Psychology
The Fixer Mentality - People Who Try to Fix Others