The Invisible Mark of Domestic Abuse 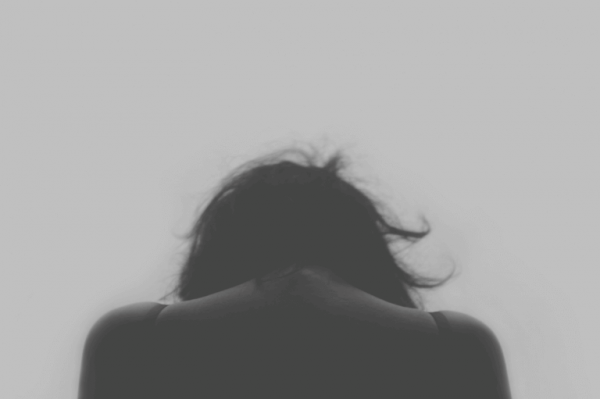 When we speak of abuse, we often reference the number of incidents that have occurred over a certain period of time. Or the amount of people who have died at the hands of their abusers.

However, abuse is more than these numbers. It entails much more for those who suffer it. Furthermore, not all people who are abused will show up in the statistics; there are false positives and false negatives.

It’s not often that we talk about beatings or bruises, and even less common for us to talk about the wounds that go unseen. Really, it’s not just the body that is hurt. When one is in a situation of mistreatment, it’s normal for there to be very serious mental harm that will need attention. We must begin to put a voice to that which is so often silenced.

“I am still in a stupor over the fact that there are people, human beings like us, who are capable of, with absolute awareness and deliberation, continuous and systematic harm. Especially when they already converted the target into someone weak and very vulnerable.”

When we talk about PTSD, we usually associate it with natural disasters, high-profile crime, or the military. We don’t often talk about it in relation to abuse, though it certainly applies.

PTSD entails re-experiencing the event, the uneasiness, and the unsuccessful attempt to forget it. These symptoms are often observed in victims of gender violence.

Post-traumatic stress disorder in this group has very specific characteristics. The person will relive the events. This makes them constantly on edge and mistrustful, since whoever inflicts harm on them is someone who was supposed to support and protect them.

The trauma gradually erodes the emotional health of the abused.  It usually takes years for them to ask for help. In fact, they often stay with the aggressor in order to avoid more aggression. So, the victim often perceives that there is no possible solution to their situation (learned helplessness, abandonment).

The fact that they perceive there is no solution to their situation, or learned helplessness, can lead to battered woman syndrome. The woman adapts to her living situation and minimizes the pain. Moreover, she also distorts reality, denying or diminishing the seriousness of the problem.

Additionally, she may change the way she perceives others and herself. She may self-deceive and idealize the abuser. She may be convinced that he will stop beating her because he loves her. In fact, she may excuse his behavior and blame herself for the situation, thinking that she deserves this treatment.

Victims of abuse often have low self-esteem. Also, they are usually isolated, which means they don’t get social support or positive emotional reinforcement. All this weakens them even more, which can lead to depression.

Depression, in turn, makes it difficult to make decisions and concentrate. It also produces deterioration in work performance and an increase in insecurity. Thus, the victim enters a vicious circle that makes it increasingly hard to leave the abusive situation.

Furthermore, depression has another consequence: suicide. In several studies, researchers observed that 29% of women admitted to the emergency room for attempted suicide were victims of abuse. In fact, the probability of suicide among battered women is five times higher than in the general population.

“The irrational desire for control, domination, and power over the other person is the main force that fuels domestic violence between couples.”

“When faced with atrocities, we must take sides. Silence encourages the tormentor.”

The abuser exercises his or her power and force over a victim in a manner meant to destroy them, and they do so from within just as much as without. At the psychological level, abuse leaves a mark on the abused person that can have dire consequences, which is why it is important to pay attention to these issues and give them a way out.

Men Are Also Victims of Domestic Violence
When we talk about domestic violence, we automatically think of men abusing women. This is normal, because this type of violence is more visible and also Read more »
Link copied!
Interesting Articles
Wellness
If You Care About Me, Show Me

Wellness
Because of the Fear of Losing You, I Lost You

Many times, it doesn't take a big mistake to lose or distance ourselves from what we most love and desire. Many…

Wellness
Learn How to Handle the Word "No"

There are thousands of texts that discuss the word "no." It's an important topic, but while you should learn how to deny…

An estimated 0.5%-0.8% of the world's population has some form of rheumatoid arthritis, although many people also remain undiagnosed. In Spain,…

What happens when a girlfriend or boyfriend replaces your friends? What are you really losing when you leave your friends…