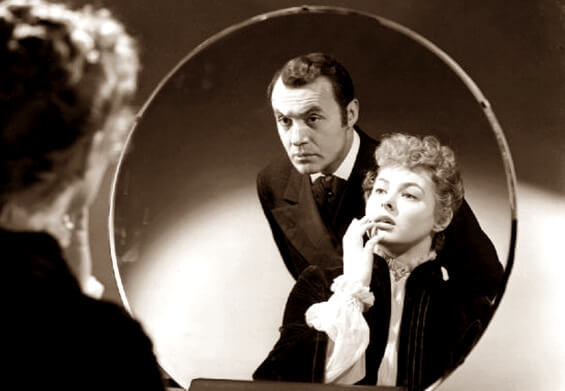 Have you heard the term gaslighting? Well, we’ll use an example to explain to you what it is.

You’ve probably found yourself in a situation where someone assures you that you said something. Yet, you don’t remember having said it.

You dig through your memory and reach the conclusion that you definitely did not say it. You’re convinced that you’re right about this.

However, this person affirms that you said it. And he does it with so much confidence that you end up giving in. You end up thinking that maybe you did say it, even if you don’t remember doing so. You may have become another victim of gaslighting.

“If a lie or something said with bad intentions is introduced into the process of communication, there will be manipulation, which can be reciprocal.”
-Albert Jacquard-

This phenomenon was first detected in the 1960’s. And although it frequently happens in workplaces and family contexts, it’s more commonly found in romantic relationships.

Gaslighting is defined as repetitive manipulation one person exerts upon another person. Its primary objective is to undermine the confidence of the victim, so this person perceives reality in a distorted way.

Gaslighting is a deliberate way of lying, aiming to confuse the victim in order to get something out of it. It’s a form of psychological abuse, but very subtle. Violence rarely comes into play when it comes to gaslighting, though there is usually some degree of intimidation involved.

Therefore, it’s difficult to detect. Additionally, the manipulator is usually someone “worthy of trust”, kind and someone you are close to.

A typical example of gaslighting is when one person in a relationship tries to deny their infidelity. For example, say the victim claims they heard the other person flirt with someone else on the phone.

While the manipulator knows this is true, they defend themselves by saying, with total certainty, that this is not the case. Their partner is simply confusing being polite with flirting.

The manipulator may even add that they’ve noticed their partner has been very stressed lately. And that this so-called stress doesn’t give them the right to distrust them.

At this point, they will have succeeded in sowing the seed of doubt in the victim. This practice is more common than you might imagine. If repeated and extreme, the victim starts to believe they are going crazy.

You may make the mistake of thinking it’s funny. Or that you would never fall into such a ridiculous form of manipulation.

However, you’re ignoring the fact that this situation does happen in relationships. In fact, in this type of relationship, complex mechanisms of projection and introjection take place.

As a general rule, victims of gaslighting are usually distrustful people who finally find someone seemingly trustworthy.

On the other hand, the manipulator is a person who is insecure, but obsessed with exerting control over others. They pretend to be kind and say they’re only looking out for the other person’s well-being.

But this is just a facade. The victim comes to idealize this person. Thus, the perfect scenario for gaslighting is created.

When this form of emotional manipulation is sustained for long periods of time, it has profoundly negative consequences for the victim.

The most worrisome of these consequences, without a doubt, is the victim’s submission to the “reality” imposed by the manipulator.

Gaslighting follows a pattern, classified into three stages. In the first stage, the victim presents argumentative resistance and rejects the affirmations of the manipulator. Meanwhile, the abuser tries to convince the victim how they should think and feel.

In fact, in some cases they may argue for hours and hours. And then nothing concrete comes from these discussions, besides exhaustion.

In the second stage, the victim tries to keep an open mind so they can better understand the other’s point of view. However, since there is no reciprocity, the victim begins to doubt their beliefs.

The third stage is based on confusion, where the victim’s frame of reference breaks down. They now believe that what their manipulator claims is true, normal and, therefore, real.

There are some personality traits that predispose some individuals to become potential victims of gaslighting.

A person who needs to be right all the time has a higher chance of being a victim of this type of abuse. This situation happens when subjective things are discussed. The future victim’s arguments crumble as a result of wear and tear.

Finally, the need to be approved by others plays a decisive role. In this case, everything is served on a silver platter for the manipulator, who will not waste any time and immediately take advantage of this weakness.

To avoid falling into this type of toxic relationship, keep these things in mind. The first is that you must be alert to anything that makes you question your own beliefs and rattles your self-confidence.

Do not engage in pointless discussions. That includes exchanging subjective points of view which will lead you nowhere.

And finally, try to build up your worldview with solid arguments, to the point that they become convictions.

Additionally, do not allow others to question your way of thinking or feeling. Don’t forget this is the ideal breeding ground for those who would try to manipulate you.

Emotional Manipulation: A Common Tactic to Fix Internal Conflicts
Emotional manipulation is without a doubt, a type of behavior that is extremely harmful to the victim. What makes it so dangerous is that it is silent and difficult to detect. Read more »
Link copied!
Interesting Articles
Clinical Psychology
Untreated Depression Has Neurodegenerative Effects

Psychology
9 of the Best Quotes from Slavoj Žižek

Slavoj Žižek is a Slovenian philosopher, psychoanalyst, and sociologist who has achieved notoriety all over the world thanks to his sharp,…

Psychology
When You're Afraid of Swimming Against the Current: Being Different

Being accepted by others is a deeply instinctive need. Human beings are social by nature, happy when part of the group…

Psychology
The Enneagram: What Number are You? Maybe You're a Leader and Don't Know It

So what number are you? The enneagram is an extremely useful test when it comes to personal development. It's more…