The KiVa Method: A Strategy to End Bullying 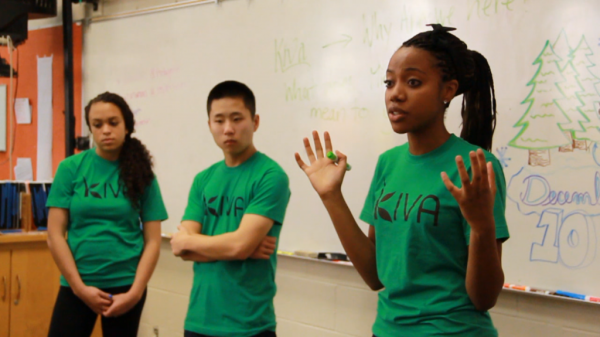 Bullying is a repeated form of violence that produces harm at different levels. It affects everything, from the victim’s relationships to their self-esteem.  The bully’s goal is to subdue the other person through the use of intimidation.

Although we usually associate it with school, it may extend to social media and other areas. The consequences are disastrous for the victims, both physically and psychologically. To combat this scourge, Finland responded by creating the KiVa method.

Children, especially teens, are usually the main characters when it comes to bullying. And unfortunately, it’s a type of violence very common in many societies.

Technology has made previously safe spaces for victims practically disappear. This is especially true in the Western world due to its widespread use of technology.

“Never do a wrong thing to make a friend or to keep one.”
-Robert E. Lee-

The most worrisome part of this whole situation is the increase of it in educational centers during the last few years. Even worse, some cases of bullying are so intense and frequent that the victim can only see one way out: suicide. This is why some countries are taking measures to address this serious problem.

Finland, a role model for the world

Experts point out that in some schools bullying exceeds 70%. For this reason, they’ve asked the educational community to acknowledge this reality and take preventative measures.

Finland has become a role model for the world with the creation of the KiVa method. The results of this method and its application are encouraging.

The Nordic country accepted the challenge of putting an end to bullying in its educational system. As a result of this specialized intervention, Finland has managed to reduce bullying within its schools by up to 90% in recent years.

This achievement earned Finland all kinds of praise across the world and a first place position in the quality of primary and higher education, for example. On top of that, it is first place in the formation of the Global Competitiveness Index (GCI).

All of this as a result of a high level of social awareness and having dedicated a significant amount to resources to education.

Finland is currently considered one of the most innovative and creative countries within Europe and the whole world.

We should remember that the consequences of bullying don’t just affect those directly involved. The effects of bulling extend to the entire educational community and to their families as well.

What is the KiVa method?

The term KiVa is the combination of the first syllable of the two words that mean school bullying in Finnish. The application of this revolutionary method has spread to most schools, and its success has been almost immediate. So much so that educators consider it an essential tool.

The KiVa project was the result of an explicit request made by the government of Finland to the educational community. The request was based on preliminary, concerning studies about school violence. Faced with this request, professionals from different areas and institutions worked together to develop the KiVa method.

In its experimental phase, this program had surprising results. In the first year alone, bullying was reduced by 41%. Within just a few years, bullying had decreased by 80%.

Additionally, it motivated students to study more and get better grades. These spectacular numbers speak for themselves, and they have awakened an unusual interest in educational conglomerates around the world.

The great success of the KiVa method consisted in that it doesn’t concentrate exclusively on the confrontation between bully and victim.

Instead, the attention was directed at the spectator, who participated indirectly in the mistreatment and reinforced it. It wasn’t about inducing the victim to reveal his feelings as a result of the harassment, nor was it about instigating the aggressor to feel empathy for his victim.

The key was to focus on students who witnessed bullying and who, as a general rule, responded with laughter. These spectators could have an inclination to reject, while witnessing the aggression.

However, they ended up internalizing it as something normal and even funny. Therefore, the purpose of the KiVa method was to influence spectators to not participate indirectly in bullying.

During its initial phase, the program focused on instructing children seven years old and up. The program’s goal was for them to be able to identify the different types of bullying.

This is taught through courses, in which different themes related to school harassment are discussed and analyzed. Empathy, respect for others and moral values ​​are also taught.

Pedagogical resources such as video games, manuals and talks are used. All of this is reinforced with instructions aimed at the teachers, supervision during breaks and accompaniment in group projects.

A virtual mailbox was even created where the student could report if he was a victim of abuse or had witnessed it.

Results of the application of the program

In each school that applies the program, the director selects three adults responsible for its use. These people will look out for the implementation of the method. They also learn how to use tools to help with early detection and investigation of all forms of bullying.

In addition, they talk to onlookers, since they constitute the cornerstone of the project. Finally, a verification follow-up takes place, which in most cases leads to a positive result.

The drastic change that the KiVa method had in schools in Finland is only a taste of its potential. Its application, at early ages, produces the best results. In addition to this, it helps repair cracks in educational and family structures.

When minors are educated to not support violent behavior of this kind, either actively or passively, we see how a change takes place in their mentality.

Programs like KiVa are successful thanks to the people who think that a society can change. Change to be more cohesive, fair and supportive for everyone.

5 Types of Bullying
Bullying has unfortunately become an enormous problem in schools. Places where young kids mistreat their insecure classmates who have acne on their faces Read more »
Link copied!
Interesting Articles
Cinema, Television, and Psychology
Seven of the Most Popular Horror Films of All Times