The Incredible Story of Einstein's Brain 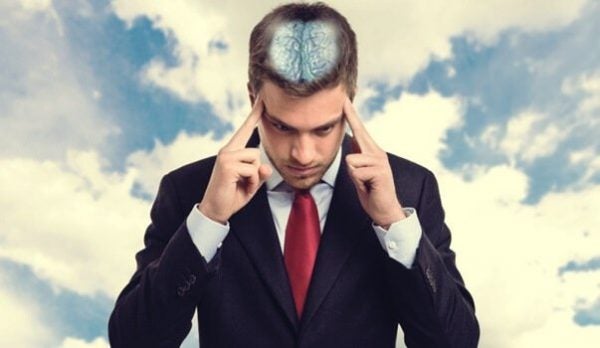 The pathologist Thomas Harvey stole Albert Einstein’s brain after his autopsy in 1955. After that, a whole story full of truculence and scientific curiosity opened up. There were many people who wanted to know the secret of his genius. Others did not see the advantage of his brain being stolen. Either way, the results of the analysis were more than revealing.

The truth is that few accounts of our scientific historical fabric are just as disturbing as they are fascinating. There is something tragic in this story without a doubt but it also illustrates the intense desire of the human to know himself. To know the ins and outs of brains capable of changing the world is a powerful tool to help us discover great things.

The father of relativity is one of those powerful tools. Albert Einstein was also something else: an icon and media figure of great social impact. He was well aware of this fact and gave very precise instructions for what to do after his death. Discretion and privacy were paramount. He also wanted to be cremated and have his ashes scattered in a river. After all this, his death could be announced to the media.

But something went wrong. No one considered an almost unimaginable factor: Thomas Harvey. This pathologist made off with Albert Einstein’s brain after the autopsy. Therefore, Einstein became what he never wanted to be; a revered relic.

The man that wanted Einstein’s brain

Coincidence and opportunity worked together in this story. Einstein died at the age of 76, on April 18, 1955 after the rupture of an abdominal aortic aneurysm. A few days later, they cremated him. While the family expected to read about his death in the press, they were surprised to read something very different. The New York Times reported that the brain of the nuclear physicist had been removed for scientific study.

The one responsible for it all was the pathologist, Dr. Thomas Harvey. People said he was one of Einstein’s greatest admirers. He also had a reputation for a kind of split personality; the most intense introversion versus the obsessive meticulousness of a scientist. Surely, being given the opportunity to perform Einstein’s autopsy was a lucky break for him; one he couldn’t miss out on.

The autopsy and a basement

He extracted Albert Einstein’s brain with great care. He weighed it, dissected it and put it in several jars. Then he stored it securely in the basement of his house. He was not a neurologist so, his goal was as simple as it was ambitious. He wanted to bring together the best specialists in the world to study every part of the brain in detail, every fragment, every cell. His goal was to publish the findings as soon as possible to the most prestigious outlets and thereby become world famous.

But of course, he didn’t get anything he wanted. The first thing that happened, obviously, is that he lost his job. The scientific community harshly criticized and chastised him.. His promising career at Princeton was threatened. His wife even left him. The theft of the brain and the creepy fact that he kept it in his basement did not seem logical or even pleasant.

However, curious as it may be, the only encouragement to continue his work came from Hans Albert, Einstein’s son. Although at first he was offended and outraged, he came up with a logical justification for it all. Einstein always advocated scientific advancement. If analyzing that brain would contribute something to the scientific community, he had the approval of the family. The work of Thomas Harvey could go on.

The results from the study of Einstein’s brain

The results of the analysis of Albert Einstein’s brain first started to be reported in 1975 and continue today. After Hans Albert gave his permission, the climate around Harvey changed. He was inundated with calls, interviews and even fame. Reporters camped out in his garden. Science Magazine and well as the best neuroanatomists in the world were calling him.

The 240 blocks and 12 sets of 200 slides that Harvey created by dissecting Albert Einstein’s brain began to pay off.

What was behind the most desired brain in the world

The first thing that stood out about Albert Einstein’s brain was its size. It was smaller than normal.

As striking as the data may seem, we cannot overlook an important aspect of it. As noted by Terence Hines, a well-known neurologist, most who studied Albert Einstein’s brain went in with the idea that they were analyzing the brain of a genius. Everyone was trying to find out what exceptional peculiarities existed in Albert Einstein’s brain.

Now, as Dr. Hines points out, every brain has something exceptional. This organ is a result of our life, of what we do. Something as simple as playing an instrument or having a creative job reorganizes parts of the brain in a particular way.

Thus,if there is something that characterized the father or relativity, it was his versatility. In addition to being a brilliant physicist, he spoke several languages and played various instruments. Many suspect that he may have had Asperger’s syndrome. All of these factors gave him highly sophisticated and specialized brain that was a bit small.

Now, the scientific community wants to analyze his DNA. The intense respect and experimental hunger for Einstein’s remains just don’t seem to end.