The Impact of Having an Absent Mother 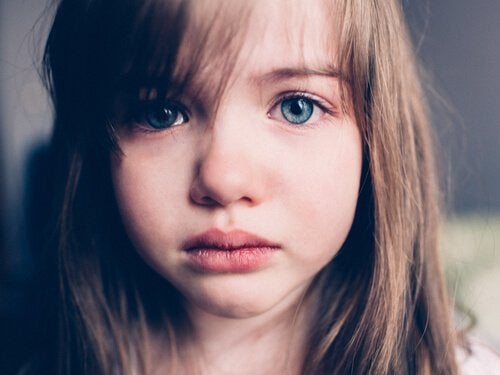 We need our mother’s warmth, attention, and affection more than almost anything in our lives. There aren’t many things we need more than it. Think about it: your first big fear is losing her and not having her there when you need her. If you have an absent mother, there’s nothing in the world that can make up for it.

In those early moments of your life, you’ll put up with anything she does. If she criticizes you harshly or neglects you, you’ll forgive her in the blink of an eye. In those situations you probably don’t even dare question what she did. It’s actually more likely that you’ll blame yourself for making her angry. And the reason is that what you fear the most when you’re little is her abandoning you.

No matter how available a mother is, there will always be times when she has to be away. She can’t help but leave you alone sometimes, even if it’s not for long. At these young ages, we still aren’t aware of time and so we don’t know if she’ll ever come back. Little by little, you learn to deal with those short absences, even though it’s scary.

If for some reason your mother is actually absent most of the time, not just every once in a while, it will open up a wound in your heart that will never heal. If your mother is completely absent, the emotional damage will be so bad that it will leave a terrible mark on your mind, especially if it’s in your first six years of life.

Some people make it to adulthood completely terrified whenever they have to be alone. For example, if no one is at home, they may get anxious and feel like they’re drowning. These kinds of people can be extremely charming though, too. They’ve learned that they need to “be good” and always act the way other people expect them to. But when they’re alone, they feel like scared children.

An absent mother is also sometimes the root cause for sleep and eating disorders. It might be that she wanted her baby to eat and sleep, and manipulated them by not being there all the time. It’s like they’re making her pay back a debt, although they’re the ones who truly end up paying in the end.

A mother who is absent a lot and for long periods of time may give her child extreme anxiety problems. They’ll be afraid when she leaves and when she comes back, because they won’t know how long she’ll be around.

There are even some mothers who use that fear to “control” their children. They threaten to abandon their kids if they don’t listen. There’s really no escape for a child if they don’t have a good mother.

The consequences of having an absent mother

Children who have an absent mother develop certain typical behaviors towards her: protesting, desperation, and distancing. Her being gone doesn’t make them feel more affection; it makes their emotions go wild.

In the end, their only choice is to block their feelings of love. Some kids even end up with a dull hate towards her because of this vicious cycle of loving and losing over and over again.

An absent mother can create distant, angry, sad children. Little by little, and with their souls on fire, they learn that they have to go it alone in the world.

It is a dangerous situation for children, so to survive it sometimes they put on masks: kind and obedient, or the neighborhood bully, insensitive… Once they’re adults, it’s hard for them to tell what’s hiding behind the fake personality they created to deal with the abandonment.

What children really lose when they have an absent mother is their trust in other people. And their hope that someone will respond to their needs, or even just love them. Because of this, when they love people as adults, there is often complete dependence. But the relationships don’t usually last.

They may be skeptical of their relationships, or ask impossible things of them. So what an absent mother leaves in her wake is a person who’s learned nothing but how to build relationships full of anger, anxiety, and above all, mistrust.

No, You Are Not a Bad Mother
It seems like people are looking for any reason to go into "fight mode". A war is raging on motherhood and what being a bad mother means. Read more »
Link copied!
Interesting Articles
Psychology
A Child's Drawing: Stages and Development

Often we consider anxiety to be a state we should never be in. We use such phrases as "feeling anxiety is for…

Psychology
The difference between spoiling a child and making them incompetent

Raising a child has become a complex issue and we still do not understand why. There are many parents who…