The Human Brainstem: The Butterfly in the Brain

The human brainstem, a fragile, perfect structure, could be compared to a very sophisticated piece of engineering. It’s so sophisticated that any imbalance in the brainstem can have devastating effects on the rest of the body and its most basic, vital functions. 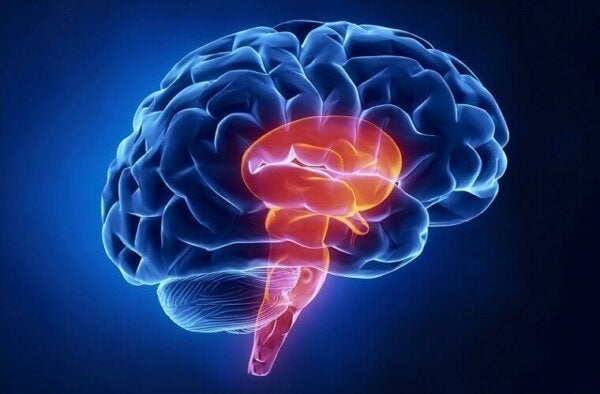 The brainstem is a tubular structure found in the most posterior part of the human brain. It’s attached to the spinal cord. The human brainstem is very important to our survival. It regulates many of our autonomic and semi-autonomic basic functions, including our heart rate and breathing. Any damage to this part of the brain could be fatal.

The brainstem is a critical part of the human body. In fact, it’s split into different areas that each have a specific function. Looking at the human brainstem horizontally, it seems to be shaped like a butterfly. The 2007 French film The Diving Bell and the Butterfly tells the story of a man who suffers brain damage and is left with locked-in syndrome, as many of his cerebral functions are damaged. This film shows the importance of the human brainstem, which this article will explore in more detail.

This structure comprises both gray and white matter. Almost all of the cranial nerves, which receive the nerve messages sent through the spinal cord, emerge from the brainstem,

Within the human brainstem, there are several areas of gray matter. The best-known area is the red nucleus of the midbrain. Other outer parts of the brainstem contain white matter.

In addition to the separate areas of gray and white matter, there’s another area of the brainstem where the two matters mix. This is the reticular formation. In other words, the brainstem contains both control neurons and important connections to the rest of the body. In fact, it comprises three separate areas or substructures: the midbrain, the pons, and the medulla oblongata.

Parts of the brainstem

Other functions of the human brainstem

In addition to crucial functions such as consciousness, breathing, heartbeat, and the secretion of gastric substances, the brainstem also plays a role in other important functions. These are vital functions that keep us alive, such as the regulation of body temperature, swallowing, vomiting, coughing, and our sensitivity to pain.