The Good Place: Learning to Accept the Inevitable

Many philosophers have suggested that death, no matter how terrifying it is, gives life meaning. The TV series "The Good Place" offers an interesting perspective on this matter. Let's see. 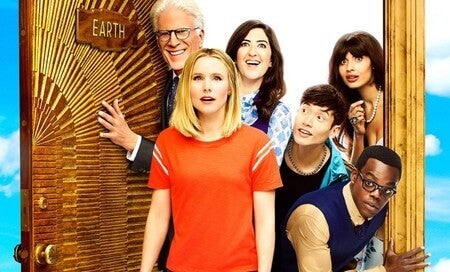 We’re all human, and all humans live and die – that’s just how it is. And everyone’s aware of this but not everyone accepts it. Is there a way for people to learn to accept the inevitable? Of course, each culture faces this dilemma differently. On one hand, for example, in the Buddhist tradition, one lives and dies at the same time, it’s a single experience. On the other, however, other societies consider death a taboo subject.

Now, is there something more inevitable than death? No one should feel defeated when realizing that there isn’t. Instead, all individuals should develop resources and skills to overcome the inherent situations of life. Understanding death doesn’t mean avoiding mourning but becoming familiar with a fact as natural as life.

The Times considered moral philosopher Bertrand Williams the most important and brilliant moral philosopher of his time. Moreover, he proposed that, if we were immortal, we’d lose all capacity for surprise. It seems that everything is more satisfying when there’s an end.

“To the well-organized mind, death is but the next great adventure.”

Learning to accept the inevitable

What’s there to know about death? Nothing or almost nothing; perhaps many euphemisms and periphrasis, perhaps a whole lot of metaphors and allegories. However, any philosophy aware of the ephemeral aspect of life must ruminate on death – a matter that distresses many people and confronts them with the end of things.

Along the same lines, people tend to think that death is the end of it all but they don’t seem to see that they die every day. Spanish essayist and poet Ramón Andrés said that death is at the center because it can give us meaning and even incentive to live. For some reason, transcending our perspective in life and accepting death seems a subject reserved for oriental culture.

However, there’s something that we all should recognize: the fact that death places value in people’s lives. What happens after death, though? Everyone wants to know the answer to this question but no one’s been capable of providing it, maybe because no one’s been able to formulate it correctly. Learning to accept the inevitable remains a pending task.

Philosophy sees death in many different ways. We were born to die, that’s a fact. However, it’s impossible to know when or how it’ll happen. Some people spend many years of their lives wondering about this.

Every step people take in life leads them to a path that brings them closer to death. Do they choose the path to the imminent end or beginning? These questions intrigue philosophers, who have debated the meaning of life and death for a long time.

Life and death resemble a wave. Waves are born, form, grow, and, upon reaching the shore, the water vanishes and returns to the sea.

“Death: there’s nothing bad about it at all except the thing that comes before it – the fear of it.”

The awareness of death as the meaning of life

The TV show The Good Place uses a different philosophical theory in each episode to show essential moral questions of human life, even though the main characters are dead in the series. This series brings us closer to one of the questions that’s been asked the most in the history of humanity: What happens after we die?

Some people imagine a place where they can write down all their wishes and make them come true for all eternity. But what if there were limits? In the series The Good Place, they pose these type scenarios, which result in unsatisfactory nihilism.

The reality in the series is that the great minds of the universe have been feeling bored for centuries, losing knowledge, without motivation to do anything more than drink cocktails. We’re not going to spoil the ending, we’re just going to say that the end of the series is a chant of reconciliation between life and death.

Mortality gives meaning to life and morality helps guide that meaning. The existence of death encourages individuals to think about the role they want to play in the world and the consequences of their actions.

It’s not easy to accept the inevitable, that’s for sure. The subject of death is important and unavoidable because everyone, at various times in their lives, will have to face it one way or another.

“We all die. The goal isn’t to live forever, the goal is to create something that will.”

Life is meaningless. That's the main belief among those who feel indifferently toward life. People who feel the weight of…