Seneca the Younger: Biography of a Philosopher

Seneca the Younger was a great thinker and a profound connoisseur of human nature. Even though he preached much more than he acted, his work regarding philosophy and ethics is very beautiful. 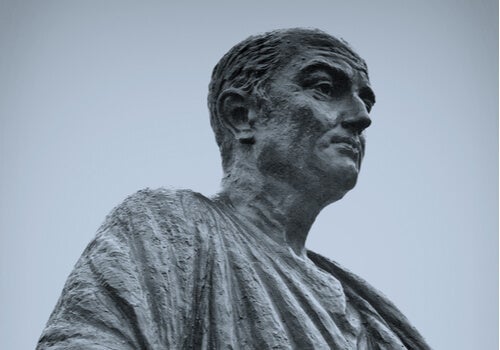 Seneca the Younger was one of the wisest and most inspiring men in Ancient Rome. Even though he went down in history as a philosopher who reflected on ethics, he was a man of power. He managed to understand human nature in depth in one of the most decadent eras of history.

Such as other great figures in history, Seneca had an insatiable curiosity that allowed him to immerse himself in different sciences, cultures, and beliefs with great openness.

He studied Egyptian culture with the same passion as he studied Roman and Greek cultures. Finally, he chose to follow the school of Stoicism and became one of its most representative figures.

One of the great paradoxes of history and power is that Seneca was the teacher of someone who would become his opponent: Roman Emperor Nero. In fact, his pupil was the one who sentenced him to death in the end.

Classical Antiquity left behind many literary and philosophical works that, to this day, continue to capture our attention. Of all the Latin texts believed to be written, we only know an extremely low percentage. However, it’s still enough to learn what authors as interesting as Seneca had to say. In this article, we invite you to discover one of the most brilliant thinkers of the classical period.

The childhood of Seneca the Younger

Although there’s no complete certainty, everything seems to indicate that Seneca was born in what is now Córdoba, Spain, in the year 4 BC. He was a sickly child, extremely afflicted by asthma. His father was Rome’s attorney general and also a famous orator and rhetorician.

One of the curious facts about the life of this great philosopher is that he had two brothers. Both, along with Seneca, were VIPs in their time. Tragically, they ended up committing suicide at different times.

In reality, Seneca was raised almost entirety by his mother’s stepsister in Rome. He also lived in Alexandria with this adoptive family, where he learned a lot about Egyptian culture. It was during this period when he began to explore various sciences and knowledge. Subsequently, he spent time in Athens (at least that’s what some claim).

Power and its brightness

In the year 31 of our era, Seneca became a Roman magistrate. He was brilliant and became the main speaker of the Senate only a few years later. By then, the evil Caligula had ascended to the throne. He was really jealous of the orator and, as a consequence, condemned him to death. Apparently, a courtesan persuaded him to not comply with this sentence.

When Emperor Claudius rose to power, his first wife, Messalina, tried to sentence him to death one more time. However, he was exiled. Thus, Seneca left for Corsica, an island where he remained for eight years.

Then, Agrippina, Claudius’ second wife, interceded to allow him to return, for she saw in Seneca an ally who would help her husband boost her prestige. In addition, she believed that Seneca could contribute to achieving her most important goal. Which was to turn Nero into emperor, although he wasn’t Claudius’ legitimate son.

Finally, Agrippina’s plans came to fruition. When Claudius died, Nero was only 17 years old. It was at that time when Seneca became a political adviser and minister. However, in practice, he was the one who ruled the empire for the next eight years in the company of Sexto Afranio Burro, one of Nero’s advisers.

It seems that Nero had great esteem for his counselor and teacher. In addition, the power in the hands of the philosopher kept the empire stable and flourishing. However, as the young emperor grew older, he also began to suspect his mentor.

Even though Seneca was a Stoic moralist, the truth is that, during this stage, he accumulated more wealth than any other man of power in his time. Therefore, and also as a consequence of various intrigues, Nero began to see him as a potential enemy. In fact, he accused him of hypocrisy, and even of being his mother’s lover.

One of the most contradictory and regrettable episodes in Seneca’s life was the moment when Nero murdered his mother. Instead of questioning the fact, the philosopher tried by all means to justify it. It was evident that he feared the emperor and he only thought about saving himself.

Then, Burro died and Seneca was practically alone. In an attempt to win Nero’s favor, he offered to give him all his wealth and goods. At the same time, he asked the emperor for permission to withdraw from public life. At least this is what he wrote about the danger he felt. Seneca feared for his life and tried to save himself in any way he could.

However, Nero implicated him in a plot carried against him as an excuse to sentence him to death. At the time, if the sentenced was a patrician, they had to die by their own hand. Seneca followed such rule and the tradition with his wife. After his death, his brothers and nephew also killed themselves out of fear of being the recipients of Nero’s cruelty.

This is how the life of this great thinker came to an end in a tragic and even unfair way.

Some of the Best Quotes by Philosopher Zeno of Citium
The quotes by Zeno of Citium are related to basic premises of his philosophy. The first one in regard to there being a natural, rational order of things. Read more »
Link copied!
Interesting Articles
Authors
Daedalus: Greek Mythology's Great Inventor