The Five Most Inaccurate Statements in History 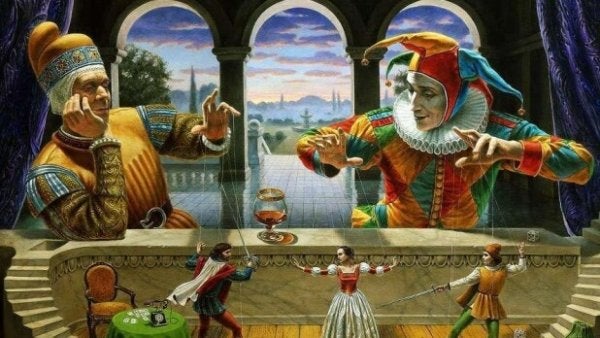 Truth, in many cases, isn’t absolute. It is a dynamic reality. What is true today, might not be true tomorrow. That is especially relevant with anything related to science and something that many people forget. That’s why they make categorical statements that later turn out to be very wrong.

There are many “absolute truths” that have been ripped to shreds by the evolution of knowledge and reality. In fact, humanity has burned at the stake or imprisoned those who dare to say things that it considers false. Later, we often find out that those “heretics” were right.

“The most philosophical part of history is making known the foolishness committed by men.”

In general, intellectual or political authority figures are the ones who dare to make categorical statements and believe they are telling the truth. When they do this, they forget that as intelligent as humans are, we often only manage to understand one part of a reality. It’s part of the whole, yes, but its incomplete nature leads us to erroneous conclusions.

It’s always good to remember to think twice before making any kind of absolute statement. It is worth having some healthy skepticism about things you think are true. If not, you risk ending up like those who made some of the most famously inaccurate statements.

Flying is impossible – one of the most inaccurate statements

Lord Kelvin, the president of the Royal Society of London, famously said that “Heavier-than-air flying machines are impossible.”  He did not believe he was speculating. The studies at the time “proved” it.

The Wright brothers knew about bicycles, but nothing about the expert opinion of Lord Kelvin. That’s why they didn’t have any qualms about experimenting. And eventually, as you know, they invented the airplane.

The “uselessness” of the radio

“The wireless music box has no imaginable commercial value. Who would pay for a message sent to nobody in particular?” We attribute this quote to the company David Sarnoff and Associates. People believe that they made that statement when someone proposed that they invest in the radio in the 1920s.

They had no idea that they would make history with that monumental error. This is certainly one of the most incorrect statements in human history. We have no idea what they thought later when the radio changed the world.

The British have no need of the telephone

“The Americans have need of the telephone, but we do not. We have plenty of messenger boys.” When William Preece, the head of engineering in the British Postal Service, heard about the telephone in 1878, this is how he responded. He was convinced that he was hearing about a useless invention.

This happens a lot with bosses and supervisors. They are used to controlling their surroundings and having things go their way. This arrogance leads to mistakes, just like in this famous case.

When the television had no future

Darryl Zanuck was a film expert in the United States. In 1946, people told him about the television. He was sure that the invention would fail. One of his statements was that people “will soon get tired of staring at a plywood box every night.”

This is a great example of wishful thinking. Old Zanuck was probably afraid that the new invention would take people away from the movies. He was right about that, but not about the future of television. We’ve also seen that his fears were basically unfounded. The truth is, today, film and movie theaters are alive and kicking.

Arthur Summerfield was a North American politician. He was also served as one of the directors of the United States Postal Service. He was a curious and optimistic man who also happened to make one of the most hare-brained statements in history.

In 1959 he said the following: “Before man reaches the moon, your mail will be delivered within hours from New York to Australia by guided missiles. We stand on the threshold of rocket mail.” In fact, Summerfield sent a letter stuck to a submarine missile. Nevertheless, his little invention never bore fruit. Instead, he made history with his impressive blunder.

The truth is key to knowledge

The more you know, the more you should realize that there’s so much you don’t know. Excess confidence in your opinions and knowledge leads to making mistakes that can verge on the absurd. Truth is a tricky and evasive thing. It’s important to remember that most of the time we can only see a small part of the whole truth.

Recognizing Our Mistakes Means We Can Learn From Them
Confucious said, "If you make a mistake and do not correct it, this is called a mistake." If we deny our mistakes, can we learn anything from them? Read more »
Link copied!
Interesting Articles
Culture
My Chronic Illness Is Invisible, Not Imaginary

We live in a society where chronic disease remains invisible. We talk about realities like fibromyalgia. However, for many, this…

Psychology
If You Do More of the Same Thing, Don't Expect Different Results

At some point, that strategy, resource or solution that you're applying now to that problem or difficulty helped you obtain good…

Arthur Schopenhauer was one of the most renowned German philosophers. The quotes we share here are gifts to those who want…