Kingsley Hall was a place where "insane" patients were encouraged to live their insanity as a journey rather than having it repressed by traditional therapy or medicines. 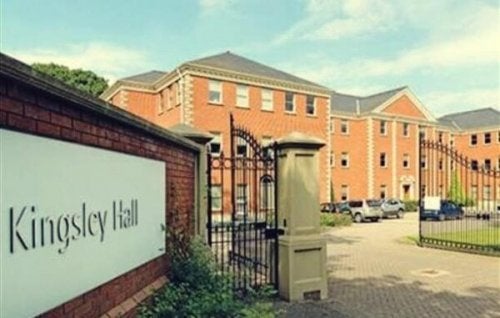 Kingsley Hall is the name of a building where doctors performed some of the most impressive psychiatric experiments of the 20th century. At first, it was a community center dedicated to different educational and social activities. Even Gandhi stayed there, as did several other “hunger strikers” in 1935.

Ronald Laing was a doctor and resident of several psychiatric units for several years. He was one of the pioneers of a movement called “anti-psychiatry“. He asked for permission in 1965 to use Kingsley Hall as a headquarters to offer alternative treatments for what others called mental illness. In particular, he wanted to help those who had been diagnosed with schizophrenia.

The fascinating history of Kingsley Hall, the temple of anti-psychiatry

In the 1950s, psychiatry began to gain notoriety. During this time, doctors also administered convulsive therapies, shock therapy, and the first medicines against “craziness”. Laing was very critical of these methods.

Laing had a perspective of insanity that contradicted greatly with the classic biological perspective in psychiatry. That’s why he wanted to try a new way to treat people with schizophrenia. And that’s what he did at Kingsley Hall for five years. However, certain excesses, as well as superficiality, affected the conclusions of his experiments.

Laing described a fundamental contradiction within psychiatry. He showed that doctors based their diagnoses upon behavior observations. However, they couldn’t specifically say that it was a disease of the brain. Even so, doctors treated patients on a biological basis. From there, he asserted that schizophrenia wasn’t a fact but a theory.

He also proposed that insanity was a kind of trance that some people went through. It was a trip to the darker parts of themselves that some people took. However, from that trip, people can gain more wisdom than they had before. The doctor should permit and accompany the patient through the process rather than repress it.

The experience of Kingsley Hall

In Kingsley Hall, the patients lived with the psychiatrists. The inhabitants of the building decided on the rules, although they didn’t always rigorously enforce them. Instead, everyone could live their insanity as they best saw fit. Those who were better helped those who were worse off. It was a supportive community.

During the almost five years the experiment lasted, patients saw some notable accomplishments. In particular, the case of Mary Barnes, a woman who was diagnosed with schizophrenia who became famous. She had been in several mental hospitals but hadn’t improved at all.

In Kingsley Hall, they let her paint the walls with her own feces, something that she wanted to do. In time, she became a famous painter and writer. She was the author of the famous book, Two Accounts of a Journey Through Madness.

More than 100 patients lived in Kingsley Hall. One of the more troubling aspects of the experiment was that they used LSD, a psychedelic drug, to (apparently) facilitate certain mental experiences. This wound up attracting people with addiction problems and vagrants. Kingsley Hall’s neighbors began to express their disagreement with everything that was happening there.

In Kingsley Hall, the doctors encouraged patients to go as crazy as they could. In other words, they believed that the patients needed to go through their “journeys” with no restrictions. They were free to come and go as they pleased. That, of course, was something very “crazy”. The word “order” didn’t fit with a community like this or an experiment of this kind. This, perhaps, is what caused it to cross the line in a way that affected the experiment itself.

In spite of this, several patients in Kingsley Hall improved. Although there wasn’t a methodical registry, several patients attested to their current sanity. Two of them also, however, jumped off the roof of the building. Several others simply disappeared after they left.

In 1969, authorities declared Kingsley Hall inhabitable. That’s as far as the interesting experiment that bothered so many neighbors and psychiatric professionals went on. It’s understandable. The foul-smelling spaces and the patients who howled all night or who cried for bottles weren’t easy to deal with. Unfortunately, no one was ever able to formalize the conclusions.

The Little Albert Experiment is one of the most confusing and controversial stories in the history of psychology. It was…