Have you ever wondered how your neurons work? How they communicate with each other across your brain? Well, they're as syncronized as an orchestra. 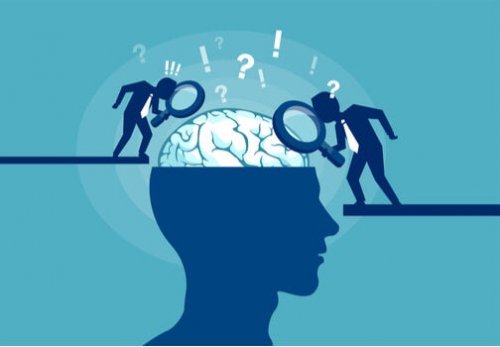 In the last few decades, there’s been a lot more research on the brain and how the brain works. Experts have been interested in understanding how your neurons create a feeling, a concept, or a reality. Thus, neuronal synchronization seems the way to go.

At first, people believed the nervous system had a hierarchy. For example, a group of neurons was in charge of codifying certain things, then, sharing this information with a more specialized group, and, lastly, hand this over to the last neuron, in charge of processing all information as a whole.

However, that specialized group would require a huge number of specific neurons, which would make it impossible to hold in one space. Likewise, another limitation of that approach was about explaining all the different cognitive functions, such as attention or expectation.

Another proposed mechanism is neuronal synchronization. In this, the brain acts in a decentralized way. It’s capable of processing different information at the same time, activating multiple areas at once.

Thus, neuronal synchronization would be responsible for coordinating all brain activity in a very detailed way.

The coordinated effort of your neurons is what makes it possible for different neural groups, from many different areas, to join forces dynamically and functionally.

This also has an essential role in your brain’s effective communication. It can happen in many ways. For example, it can synchronize two different neurons that are close by or in two different groups on opposite sides of the brain.

This can only happen if there’s a pattern of electrical activity in those neuronal groups. Neurons can only communicate with each other if output and input happen at the same time.

Technically speaking, action potentials need to happen at the same time. However, uncoordinated episodes are also part of neuronal synchronization, as they allow the alternation between cognitive states and tasks.

As we stated above, the synchronization between neurons or groups of neurons is essential to connect different areas of the brain and successfully do things. One of the most talked-about cognitive processes is language.

In one study, students were asked to pay attention to words they’d either hear or see. These words could be verbs or precise or abstract names. While they were seeing or reading these words, their brain waves were being studied to calculate their synchronicity.

The results showed that verbs cause less synchronization in the frontal lobe than names. Precise names caused a bigger synchronization between both hemispheres than abstract names.

On the other hand, interacting with other people creates neuronal synchronization between them. Each person’s brain activity synchronizes with the other if, for example, they’re holding a conversation.

Another study focused on a group of students from the same class, for an entire course. Studies found that when the students became motivated and enjoyed their class, their brains would synchronize the most with their classmates.

What does this mean?

The findings on neuronal synchronization are tools to understand how the brain processes information, how it relates to the rest of our body, and how people connect with other people.

Also, it could be used to understand some brain and psychological disorders. In cases such as schizophrenia or autism, unsynchronized patterns of brain activity could be seen in different subjects and this could relate to their perception of reality or their communicative intent.

Magic and the Brain: How Are They Related?
Is the hand quicker than the eye? Researchers have been studying the relationship between magic and the brain for a long time. Read more »
Link copied!
Interesting Articles
Brain
Neuropsychological Rehabilitation

The brain of a gifted or high capability child has its advantages, but also its limitations. These children process information rapidly, have a high analytical capacity, and sophisticated critical eye. However,…