The Renaissance Of Anti-Psychiatry 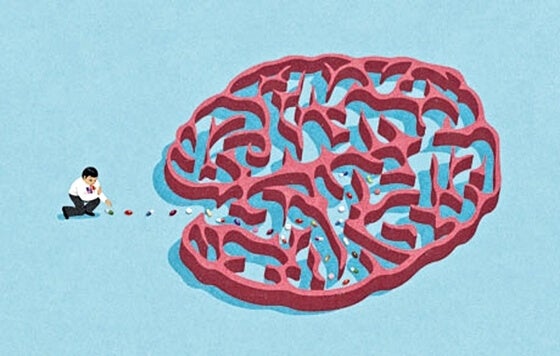 Antipsychiatry is a controversial movement that emerged in the late 1960s and early 1970s. One of its main inspirations was the Hungarian psychiatrist Tomas Szasz, who was also a professor at the University of Syracuse in New York. However, the person who coined the term was David Cooper in 1967.

The antipsychiatric movement, as the name implies, declared itself against the theory and practice of psychiatry. Or at least against the methods of those days.

The promoters of this movement claimed that psychiatry was a pseudoscience, with a very weak basis. They also maintained that, instead of being a medical discipline, it was more like an ideology. They said that it sought to exercise control over the human mind by using labels such as “normality” and “abnormality.”

“Mental health needs a great deal of attention. It’s the final taboo and it needs to be faced and dealt with “

This movement resonated with the people due to the revolutionary nature of its approaches. It became a relevant and effective voice against such controversial treatments as lobotomy and electric shock. Over time it lost much of its impact, but it has never disappeared completely. Now it seems that we are facing its rebirth, with the help of Dr. Bonnie Burstow. She is a professor at the University of Toronto, and recently opened an anti-psychiatry scholarship at the University.

The reasoning of antipsychiatry

Antipsychiatry is a movement belonging to psychiatrists, psychologists, doctors, philosophers and many “mentally ill” people, who are known as “survivors”. In their opinion, mental illness does not exist as such. One of its main arguments is the fact that to this day there is no clinical evidence to show that the mind can become sick. Neither brain scans nor CAT scans, nor any other test, has provided evidence that would allow us to use the term “mental illness”.

The members of the anti-psychiatric movement have also spoken out against the way in which supposed mental pathologies are defined and classified. In their opinion, there is no scientific method, in the strict sense of the term, behind psychiatric practice. The “mentally ill” become labelled in this way thanks to the decision of around 3,000 American psychiatrists, they say.

The movement also severely criticized the way in which the lobotomy was introduced as a method to treat “mental illnesses”. Its inventor, Egas Moniz, performed the removal of the prefrontal lobe in an ape. The primate exhibited a more peaceful behavior as a result, and so he immediately employed the method in humans. He received the Nobel Prize for this “invention”, which was only based on one solitary experiment, and with just a single chimp.

Antipsychiatry claims that the drugs for “mental illness” are, in effect, a type of chemical lobotomy. Instead of curing the patient, they say, it just leads progressively to deterioration and death. They think that psychotherapy is much more useful, since “mental illness” is not biological, but symbolic and cultural.

There are many voices in the world that continue to question biological psychiatry. And yet almost every health system in the world has imposed it as a form of treatment. According to the anti-psychiatrists, this happened because it is much cheaper and more profitable to treat people with problems with medication. The pharmaceutical industry would be behind all of this. While a pill is able to ease anxiety in just half an hour, therapy takes many hours.

The effect of psychiatric medications has been called into question in several studies. There are very few cases in which a real improvement is observed. Rather, the opposite occurs: the serious side effects of these drugs severely affect the body and mind of the patients.

Professor Bonnie Burstow has picked up on all these claims again. Her commitment to a scholarship in antipsychiatry is the first step to institutionalize this tide of opinion. It constitutes a true milestone.

Most psychiatrists, however, classify this whole movement as pure ideology, without any scientific basis at all. They claim that it is a nonsensical attack, which has much more to do with politics than with science. However, what is true is that that some tests that currently support the existence of “mental illnesses” are, at the very least, questionable.

Bonnie Burstow promotes the treatment of problematic mental conditions through various forms of conversation-based psychotherapy. People diagnosed with schizophrenia have used these methods, and, in some cases they have obtained good results, especially with people who weren’t too unbalanced.

It is a fact that many psychiatrists abuse medication, but it is also true that these medications help many people in extreme situations. In this sense, medication is a positive thing to alleviate the patient’s symptoms. It gives time to find an effective therapy that is suitable for the needs of the patient.

Perhaps the best option is to promote a constructive dialogue between psychiatry and antipsychiatry.  In this way we may be able to find more humane and effective treatment in this difficult area for people who need help.

Psychology
Namaste: the Value of Gratitude and Recognition

Namasté is much more than just a word originating from the beautiful, ancestral Sanskrit language. It contains a number of concepts…

According to a study by Solis and Vidal (2006), which was published in the Hermilio Valdizan Psychiatry and Mental Health…

Psychology
5 Secrets of People Who Suffer from Anxiety

Anxiety is one of the worst feelings that people can experience. When combined with stress, it turns into an affliction that's…