The Famous Sayings of Herbert Marcuse

Herbert Marcuse was always direct and to the point. His sayings help us see the extent of the limits on freedom in our society. They alert us to complacency regarding conditions of injustice, alienation, and lack of autonomy. 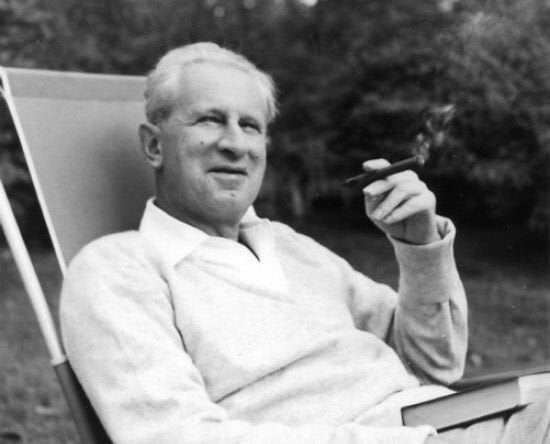 Herbert Marcuse and his sayings have transcended time. This philosopher of German origin had “a great obsession” that’s reflected in most of his writings: freedom. This was the value that kept him awake at night, helping him to pen some of his most interesting reflections.

Herbert Marcuse was persecuted by the Nazi regime and, perhaps for that very reason, he learned to recognize the fundamental importance of being free. Like many other of his contemporaries, he was also impressed by the degree of alienation that German society experienced with the Hitler phenomenon.

Marcuse’s sayings also incorporate a radical critique of capitalist society. He found that, apart from being an economic system, it was also an ideological system that ended up captivating even those who exploited it. Without further ado, these are seven of his most famous sayings.

“The free election of masters does not abolish the masters or the slaves. Free choice among a wide variety of goods and services does not signify freedom if these goods and services sustain social controls over a life of toil and fear – that is, if they sustain alienation.”

“Intellectual freedom would mean the restoration of the individual thought now absorbed by mass communication and indoctrination, the abolition of public opinion alongside its creators.”

This is one of those sayings from Herbert Marcuse that doesn’t make much sense to many people today. He speaks of intellectual freedom. But in the contemporary world, more people prefer to bow to the majority.

Unfortunately, most people are more eager to join the masses than to reaffirm their individuality. Separating oneself from the herd is frightening and uncomfortable. That’s why intellectual freedom isn’t highly valued these days.

“”Romantic” is a term of condescending defamation which is easily applied to disparaging avant-garde positions.”

This is one of those impressive sayings from Marcuse that tell us about something we see repeated endlessly in this world: the quashing of those who dream of change. They’re labeled as “romantics”, with the purpose of ridiculing them in some way.

This is why Marcuse referred to this word as a kind of defamation. He said it’s condescending because of its subtlety. At the same time, he pointed out that those who are cataloged in this way, in one way or another, represent some form of leadership.

“Entertainment and learning are not opposites; entertainment may be the most effective mode of learning.”

Marcuse is spot on here. And he came from a discipline that many consider heavy and difficult. However, he always considered that only the things that really capture our attention can truly teach us.

In this case, the word entertainment refers to that which causes us fun and pleasure. Those who think that learning is basically an intellectual function are wrong. At the root of it, strong emotional components determine it.

“This is the pure form of servitude: to exist as an instrument.”

The theme of freedom, slavery, and servitude is recurrent in Marcuse’s sayings. In this case, he’s speaking about the realities of life where human beings cease to be an end in themselves and become the means of achieving something else.

Any way of using people as an instrument reduces them to a level of servitude. It doesn’t matter if this happens at work, in the family, or as a couple. No human being should be a means for another person to achieve their goals.

“The slaves of developed industrial civilization are sublimated slaves, but they are slaves.”

This is another of Marcuse’s sayings that may not make sense to many people today. When the philosopher speaks of slavery, he’s referring to any kind of relationship in which one human being becomes an object of profit for another.

In this case, he’s referring to the industrial society. What Marcuse points out here is particularly reflected in the middle classes, those with slightly higher than average incomes. They think that the relative spending freedom they have is true freedom, when really it’s just another sign of their slavery.

6. People are owned by their possessions

“Products indoctrinate and manipulate; they promote a false consciousness which is immune against its falsehood.”

In this case, Marcuse is referring to the power that consumer objects exert over us. In today’s world, perhaps the most obvious example is children’s toys. We could say that they’re playing with the child, instead of the other way round.

Adults also have their own “toys”. The prime example is the cell phone, which, in many cases, leads to absurd and compulsive use, which captures the mind and stops it from acting rationally. Therefore, it indoctrinates and manipulates.

7. The concept of alienation

“I have suggested that the concept of alienation seems to become questionable when individuals identify with the existence that is imposed on them, and in which they find their own development and satisfaction.”

This is undoubtedly one of Marcuse’s most interesting sayings. In it, he denounces the state of alienation present in contemporary society. The most serious thing about it is that it’s consensual because many people identify with it and try to live according to its logic.

As Foucault also pointed out, people no longer need to be pressured to bow to the system’s orders. They do so with pleasure. In fact, they’re terrified of being outside of that system. That’s been one of their masters’ greatest triumphs.

Marcuse is one of those philosophers with a universal vocation that will endure over time. His contribution nurtured great social movements and continues to be a beacon that lights the way for the value that obsessed him so much: freedom.

It is curious that a country like China, always so tormented by wars, conflicts and dictatorships, should be the source of so much popular wisdom. So, today we are going to…