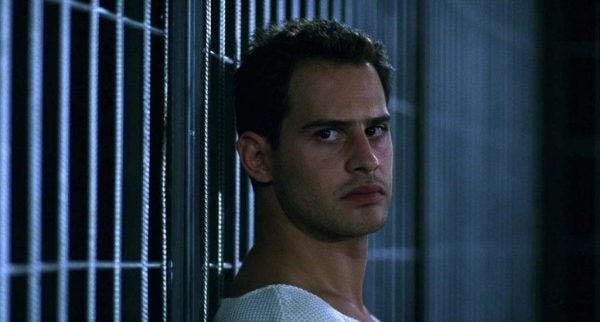 The Experiment is a German movie about human nature from 2001. It was directed by Oliver Hirschbiegel. It is based on the play The Black Box. This play was inspired by a real experiment conducted in Stanford in 1971, This experiment has been questioned extensively. The movie deviates quite a bit from what actually happened. Even so, it leads us to ask what human nature is truly like. Are we good or evil? Do good and evil people exist? Without a doubt, it is a movie that deals with philosophy, ethics, morality, sociology, and psychology.

It starts off by introducing Tarek Fahd, a taxi driver with economic problems. He decides to get a little extra money by participating in an experiment related to human nature. Aside from getting paid for the experiment, he decides to record everything that happens for a publication he had worked for previously. The money is what pushes participants to go along like guinea pigs in the experiment. It will ultimately ruin their lives.

The participants are extremely diverse: a taxi driver, an airline company employee, an executive, an Elvis impersonator, etc. All of them seek a new experience. But above all, they seek economic compensation. These participants will be submitted to different psychological tests. They will also have to go through interviews. This will decide which role they will take: prisoner or prison guard. We will see some participants show self-doubt. Others have great confidence in themselves. This will help the doctors in charge of the experiment assign them their roles.

None of the participants has been in jail before. None seems like a person who would be outside of what is considered “normal”. They all have a job and a family. In short, they all live very common lives. When they get to know each other in the waiting room, they seem to get into a pleasant conversation. They seem interested in knowing each other. This is before they know what roles they’ve been assigned. Nevertheless, what at first seems like a game ends up becoming a nightmare. It will make us reconsider some aspects on human nature.

“Man should not try to control nature, but he always does so.”

The experiment on which the movie is based was conducted at Stanford University (USA) in 1971. It was headed by Professor Zimbardo and 24 students, all psychologically stable, participated. Nevertheless, the experiment soon went out of control. The people who participated all submitted themselves completely to the rules which had been assigned them.

This experiment has been questioned and criticized for surpassing ethical limits. However, the results were so surprising that they make us reconsider the role of society. How is it possible that totally normal and healthy individuals become sadistic and violent? What happens when we deprive an individual of his liberty?

Many of the participants suffered serious psychological effects. Those who took on the rule of prisoners immediately became submissive and resigned to their fate. The guards began to abuse their power and apply truly cruel punishment. The movie shows us a little about this experiment, but there are some differences:

The experiment and social roles

The Experiment transports us to a fictional jail. The scenes are truly cold. There are barely any warm colors in any part of the movie. They are not even there before starting the experiment. The 20 participants have to spend 14 days in a fictional prison. The jailers will receive no order, except one small rule of the jail. Other than that, they can do whatever they like when a prisoner doesn’t obey. Nevertheless, they are warned that they must not use violence.

The prisoners, on the other hand, are completely stripped of their identities. They stop having a name and become nothing more than a number. They must go without their clothes and use only a thin robe. The guards wear uniforms. At first, many of them take it as a joke. They think it’s nothing more than a game. They think in a few days they’ll be able to return home and everything will be back to normal. All of this while being a few dollars richer.

“The experiment is not painful. You will not take medication. It’s about behavioral roles in a jail.

Nevertheless, we see some participants take their role seriously from the moment they are assigned. If they are captives, they become more submissive. If they are guards, they become more authoritarian. The movie acquires a more dramatic and claustrophobic tone as it goes on. It shows us the sadism and the abuse of power in the jailers. At the same time, it shows us the suffering of the prisoners.

Some of the prisoners have more trouble getting into their role. On the other hand, the guards seem to feel very comfortable in theirs. Most of the guards are children. They have family and a good job. However, when they get some power, they act in a way they never imagined they would. They reach extreme heights of violence and submit the prisoners to atrocities.

“Did you see that? They do everything we tell them to do”.

As the days go by, the situation becomes more difficult. Every day, the abuses increase. Every day, the suffering of the prisoners is greater. In a certain way, Tarek manufactures some of the situations. This is to try and get a good story for the newspaper. However, we see that the hallucinations and ideas of conspiracies take hold of all of the participants. This makes them act in unforeseen ways.

A society with no liberty

One of the characters who is most interesting is Berus. He works for an airline company. This makes us think he’s psychologically stable. Nevertheless, he is the cruelest of the guards. He becomes the leader of the jailers. The rest of them will accept the leadership without complaint.

The Experiment shows us a society free of liberty. People are reduced to numbers and lose their identity. They are assigned a role and, consequently act according to it. They end up playing this role even though they know it’s not real.

Many of us will try to explain it in many ways. Even when we do and we know ourselves perfectly, we cannot predict how we would act in an uncontrolled situation outside of the norm. It seems that many of us assumes that there are good and bad people. Additionally, we surely do not consider ourselves bad people. But do we really know our own nature?

The movie and the experiment ask us to reconsider if we’re truly free. If we really possess the free will that philosophers talk so much about. If we really know what human nature is. Do we behave with total freedom? Perhaps we are simply victims of a role that has been assigned to us and we behave accordingly. The Experiment invites us to pose infinite questions about our own nature and freedom. 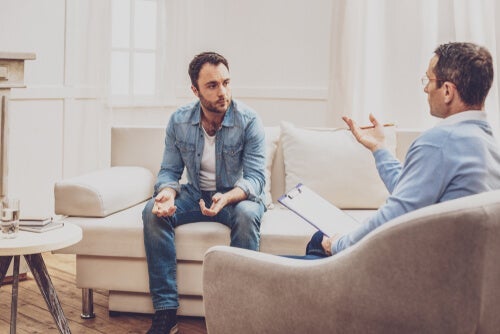 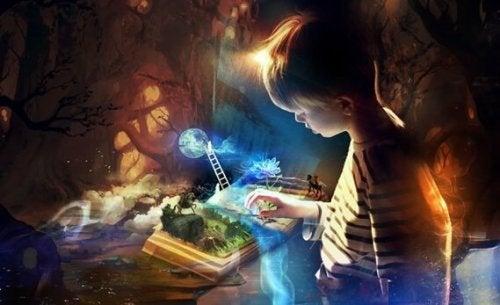 Psychology
Intelligence is a Collective Reality

The brightest moments in the history of mankind demonstrate that those we call “geniuses” aren’t usually isolated figures. Whenever one of those privileged minds appears, there are many men and women around them who also stand out intellectually. That’s why… 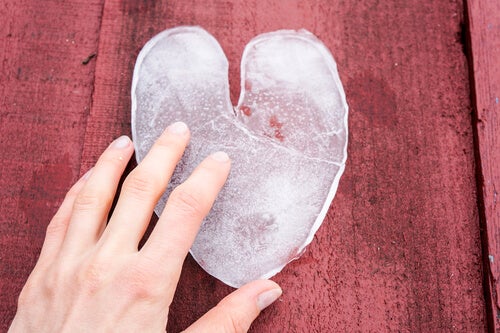 Psychology
Nothing Ends, Everything Changes

It was scientist Antoine Lavoisier who described this universal law: “Matter is neither created nor destroyed, only transformed.” However, does this key principle of chemistry also ring true for that which is immaterial, like feelings, emotions, and thoughts? This question strikes us most when we go through… 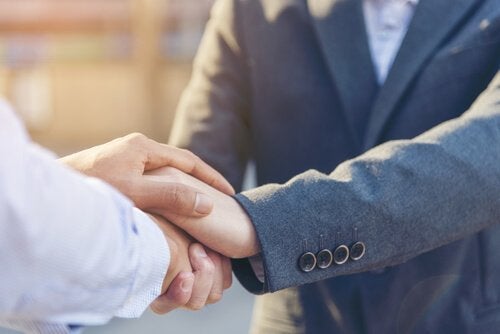 Imagine that someone knocks on your door and asks you to make a donation for a non-profit dedicated to fighting a rare disease. Maybe you tell them that you don’t have any cash on hand and send them on their… 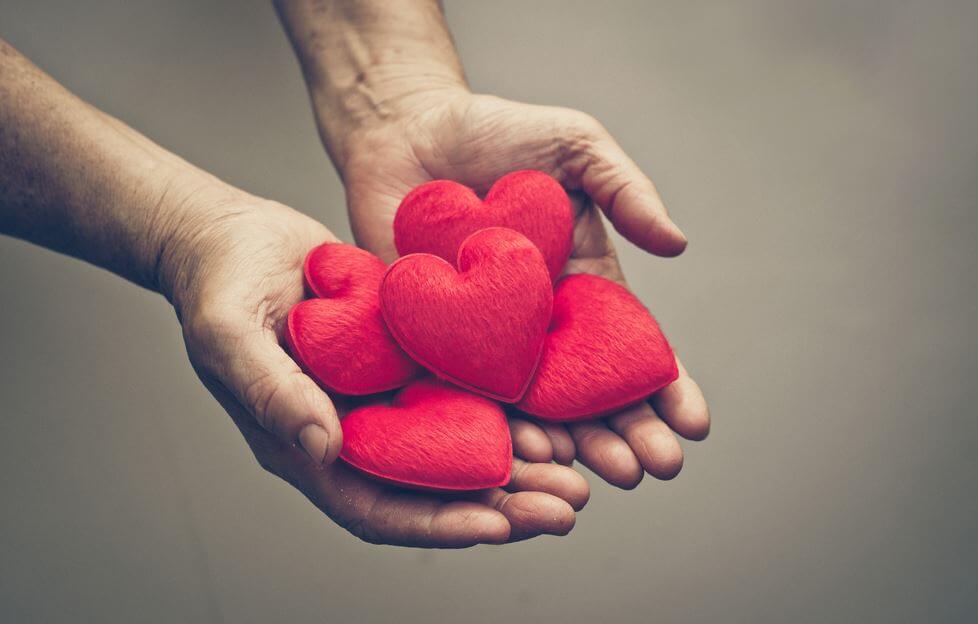 Psychology
5 Habits to Protect Your Self-Esteem

On many occasions we undermine our self-esteem without realizing it. But there are simple habits you can practice to avoid destroying your self-esteem. Think of these as some important guidelines for you if you want to lead a happy and fulfilling… 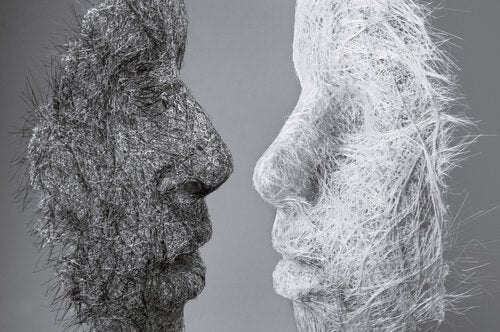 Psychodrama is a type of therapy that seeks to solve problems through theatrical demonstration. The therapist analyses the participants’ performances to determine the correct course of action. Jacob Levy Moreno, a Romanian psychiatrist, came up with the idea that it was…