The Effects of Harassment at Work Can Last for Years

Mobbing or harassment at work is aggressive behavior that continues to be silenced in many environments. However, the impact of these situations is immense, and can last for years, causing lasting post-traumatic stress disorder in the victim. 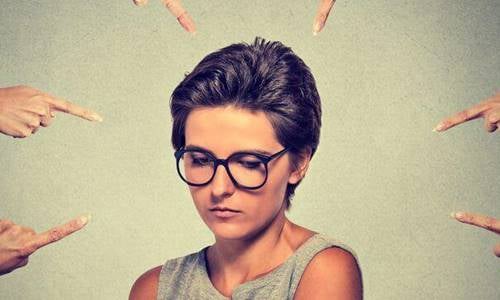 The effects of harassment at work have a high psychological cost. It isn’t surprising, therefore, that the WHO and occupational health organizations consider what we call these days mobbing to be one of the main problems at work at the moment.

Furthermore, we’re facing a phenomenon that’s on the increase. There are more and more complaints, but, even so, the procedures for action and prevention are insufficient.

However, despite the fact that more and more people are reporting it, the trade unions tell us that many workers feel that it’s too risky to do so. On top of that, the difficulty in proving harassment, bureaucracy, and slowness in the courts lead many people not to go through with it. Thus, they have to suffer all the resulting consequences.

Also, as the Stop Bullying Coalition points out, the situation is much more complex for officials and civil servants, doctors, nurses, teachers, and police officers, among other professionals. Many men and women stay silent out of fear of losing their jobs. This creates a situation where the harassment is constant and deep. It can even lead a person to commit suicide.

Psychologist Heinz Leymann developed the first glossary of harassment in 1980. He, along with other experts, have pointed out the same depressing fact. Tragically, many of the suicides that occur every day in the world are specifically due to harassment at work.

Constant bullying in the work environment goes far beyond a situation of stress. It’s a type of violence and aggression that we must pinpoint and address.

The effects of harassment at work: the lasting imprint of post-traumatic stress

The effects of bullying have been studied by areas such as psychology, medicine, and economics. However, it’s interesting to note that a person who has devoted a lot of his work to this phenomenon is Konrad Lorenz, a famous ethologist. He defined mobbing as violent behavior exercised by multiple species in nature.

He was referring to animals that get together to mob others. They attack the weakest member of the same species, or the strongest one (in order to remove them from their prominent position in the group). Heinz Leymann defined this behavior as a form of psychic terror. It’s something that occurs when a member, or a group of members, exercise aggressive, and sometimes violent, behavior on their victim.

This person suffers from systematic stigmatization and different types of injustice. In addition to that, they suffer constant attacks on their rights as human beings. Furthermore, Leymann points out that even physical violence is common. This can take the form of pushing, hitting, apparent “accidents”, and, in the case of women, different types of sexual aggression.

Thus, the impact of these phenomena, as you can well imagine, is immense. The effects of harassment at work can last for years.

According to a study by the University of Copenhagen, sustained mobbing increases the risk of cardiovascular disease by up to 60%. In fact, heart attacks are sadly frequent among many of the people who remain silent about their suffering. The tragic fact is that they’re often too scared to report it.

One of the many effects of harassment is, undoubtedly, sleep disorders. Insomnia, waking up frequently, or regular nightmares leave the person exhausted.

This doesn’t only impact the worker’s productivity. It also deeply affects their mood, and can even increase the risk of traffic accidents due to their exhaustion while driving.

The University of Florence conducted an interesting study in 2016, which was published in the specialized journal Frontiers in Psychology. In this study, experts analyzed the effects of bullying at work on a mental level. They discovered something quite telling that we should all take into account. Constant harassment over a long period of time produces the same symptoms as post-traumatic stress.

These symptoms can usually last for months, or even years. It’s imperative that anyone who’s going through these circumstances reports them to someone. Support mechanisms, and legal and psychological assistance, must work faster and more effectively in these cases, and with close contact with the victim.

Last but not least, we should note one final aspect. Maybe you’ve left that job or perhaps your working conditions have improved and you no longer suffer harassment. Even if this is the case, it doesn’t mean that you should overlook your mental health.

Harassment leaves a mark. It changes people and reduces their human potential. If this has resonated with you, maybe you should seek expert help to heal those wounds and recover your self-esteem, and your desire to continue progressing, both personally and professionally.

What is Mobbing or Workplace Harassment?
The concept of mobbing or workplace harassment (psychological harassment or bullying in the workplace) has an essential ethical substrate that refers to... Read more »
Link copied!
Interesting Articles
Clinical Psychology
Is It Possible to Overcome Obsessive-Compulsive Disorder?

Clinical Psychology
The Stages of Alcoholism According to Jellinek