Ethnology: The Science of Animal Behavior

Ethnology helps us understand animal behavior better. Thanks to this discipline, there’s a lot we currently understand - and more to learn! 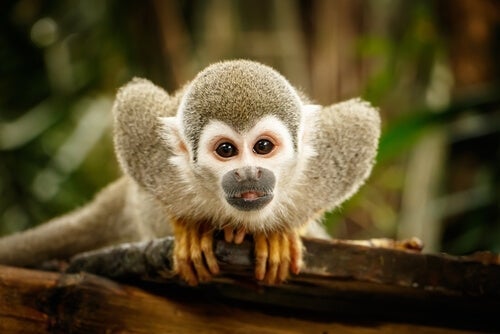 The animal kingdom is marvelous. Surely these beings have surprised you with their incomparable characteristics and behavior. But have you ever wondered why they act as they do? If you have, then ethnology is exactly the discipline you want to study.

That’s right! There’s an entire field of science dedicated to animal behavior. Ethnology asks questions such as: Why do animals behave the way they do? What does their behavior mean? How do they do the things they do?

Thanks to ethnology, humans can now understand animal behavior that we didn’t before, as well as why they behave the way they do. Keep reading to learn how this science came about, what’s involved, and which scientists are responsible for its development.

“I have found the missing link between the higher ape and civilized man; it is we.”

What are the origins of ethnology?

Ethnology came about thanks to the work of professionals with an insatiable passion for animals. They dedicated much of their time to them. Actually, Konrad Lorenz, Niko Tinbergen, and Karl Von Fisch won the Nobel Prize in Physiology thanks to their 1973 studies about animal behavior.

But how did they get there? Well, by way of their research. Lorenz dove deep into the behavior of geese, and from there proposed the theory of imprinting. Tinbergen was interested in the three-spined stickleback and studied its fall migration. In the meantime, Von Frish focused on how bees communicated.

In addition to this, they found inspiration from other thinkers who studied animal behavior. For example, Morton Wheeler studied the behavior of ants for an extended period of time. He also popularized the term “ethnology”.

There were already studies on animal behavior in other disciplines (such as in comparative psychology), but once the aforementioned Nobel prize was won, it was officially considered a science. Comparative psychology integrated itself into the field.

What does ethnology involve?

Ethnology is the study of animal behavior and focuses especially on natural selection. Professionals in this area, called ethnologists, study the following:

As you can see, ethnology is interested in both animals’ innate behavior and learned behavior. Due to this, ethnologists focus on areas such as the following: imprinting, social life, development, sexual selection, cooperation, and aggression, among others.

Ethnology contributes enormously to our understanding of animals. Here are just a few:

So, in ethnology, scientists study different characteristics of animal behavior, almost always through observation. In addition to this, the area of study contributes to the understanding of human behavior through comparison.

Thanks to ethnological research, we also have some important conservation tools. Along with ecologists, they form plans to protect species that are in danger of extinction. Marcelo H. Cassini outlines this is his publication in the journal Spanish Journal of Ethnology.

Ethnology helps to increase animals’ well-being, optimize production, diagnose diseases, and improves animal survival in animals in danger of extinction. In addition to this, its study gives scientists tools to develop animal-assisted therapy.

What Animals Teach Us
We tend to think that human beings are different from animals, and we believe that we are responsible for teaching them. But it's actually the opposite! Read more »
Link copied!
Interesting Articles
Behavioural Biology
What's the Purpose of Fear?