The Effects of Envy in Our Lives

Envy is a feeling that can be emotionally draining, and is linked to self-deception. Doctor in psychology, Marcelo Ceberio, tells us more in this article. 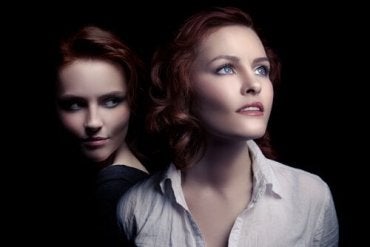 Human history confirms that we’re social beings. From the appearance of the first hominids to the development of different species, men and women came together and started to live together. We developed emotions and started to live in social groups. These emotions can sometimes be very harmful. In today’s article, we’ll be talking about the effects of envy in our lives.

The discovery of fire didn’t only allow us to see on dark nights, protect ourselves from the cold, or to cook our meat. It also created the opportunity to meet around the fire and have social contact, closeness, and facilitated the first utterings as a primitive form of dialogue.

Vulnerability and resilience, the capacity to stay strong in the face of adversity, are important aspects. Along with other emotions, they make us go from stability to instability and, of course, to make necessary changes. They help people react according to the different meanings that they attribute to the events that arise in their daily lives.

In this chain of events, different communication “games” develop, taking into account the personality styles, the characteristics of each speaker, the form of verbal expression, paraverbal or non-verbal communication, the context in which the dialogue takes place, and the content of the conversation.

Thus, within this human communication, there are both positive and highly toxic “games”.

When two people try to communicate, certain rules of communication evolve as the dialogue progresses. However, when the number of speakers increases, so does the complexity. This is when there can be misunderstandings.

Among these “games”, the triangular type (with three people) are usually the most problematic. Two of the people usually form an alliance against the third one: the famous “two against one”. Here, the third person often has to endure the isolation and rejection of the other two. There can be reprimands, mistreatment, insults, manipulations, ironies, and provocations, among other things. Without a doubt, it’s a really toxic game.

One common aspect of these relationships-of-three is envy and jealousy. A relationship with two people is “invaded” by a real or imaginary third party. Here, one of the two partners feels somewhat relegated because they believe that the other person is becoming too close to the third party. This “game” generates anguish, aggression, guilt, anger, and despair, among other toxic feelings.

The effects of envy, a deadly sin

One of the most toxic elements of these relationships is feeling jealous or envious. Christianity famously considers envy to be one of the seven deadly sins in addition to lust, gluttony, laziness, greed, pride, and anger. Envy has many effects.

This negative feeling triggers when the achievements and successes of someone who’s close to your friend manifest your (apparent) inability in those areas.

What usually happens then is that the envious person initiates a plan to try and undermine the person they envy, in an attempt to destroy their character. They feel so insignificant in the face of the other person’s success that they need to bring them down in order to feel superior.

Feeling envious isn’t only coveting what other people have. True envy isn’t wanting someone to have what they have and not wanting them to have any form of success.

Here, it’s clear that envy is the mother of resentment, a feeling that makes you never want other people to do well and that they actually fare a lot worse.

An envious person becomes like a satellite of the envied person and carries their pain inside them. If they were to show that pain outwardly, they would declare their inferiority.

Envy is the feeling of displeasure you have when you don’t possess something and also the desire to possess that thing to the extent of depriving another person of it.

Sometimes, the envied person doesn’t even know about the envious person’s feelings. No one ever says to another person, “I envy you!” The envious person tries to hide their emotions and prefers to employ sarcasm and write off another person’s success. Manifesting or making their envy clear would be worse for their health.

In a work environment, when a boss envies those below them (the superior over the inferior), the envy creates more complex and unusual behavior patterns. And even more so when the other person is attractive and intelligent. All these virtues are amplified in the eyes of the envious one.

Devaluing the other person

One thing the envious person does is to devalue the other’s achievements. They say that the other person only got as far as they did through political connections or because they’re going out with the manager. They can also imply that, behind that person’s intelligence, lies a whole family drama. For example, a jealous footballer won’t miss an opportunity to devalue the player they envy or give them a sly kick whenever they can.

Envy implies not respecting distance or emotional closeness. Moreover, the effects of envy between friends or siblings make those dark feelings doubly worse.

Feeling envy means that you’ll want to win the trophy, always play better than them, get a promotion instead of them, or do better in an exam.

Envy is often quite treacherous. The envious person will pretend to be happy for the other person and their achievements. However, they’re secretly hoping that they fail. Behind their empty congratulations, there’s a desire to destroy them.

Envy is associated with a malicious, dishonest, and immoral attitude, feelings that come together as strategies to defeat the envied person. The envious person tries to convince themselves that the success of the other person isn’t as it seems. They underestimate and devalue both the person and their success.

They can say things such as “It’s just luck, not ability”, “They’re not as intelligent as they seem”, “Their success is bound to be short-lived…” or “It’s all a show, it’s all talk”.

If the envious person manages to convince themselves that what they’re saying about the other person is true, then they’re just deceiving themselves. They’ll probably feel better as a result, but it’s not true well-being.

However, the envious person’s malicious joy really comes to the fore in any of the following situations:

The effects of envy: self-deception

This is when the silent desires of the envious person become reality. This is when they can position themselves above the person they envy. As a result of all of this, they feel superior and they’re able to recover their poor self-esteem. This, however, is false self-esteem and doesn’t truly fill them. This period of gloating and rejoicing over the failure of the other person is called malicious joy.

One of the most manipulative effects of envy is when the envious person’s “enemy” is feeling sad because of what has happened. What happens then perfectly sums up how false that person really is. They approach them smugly, with a false show of friendship, and say how sorry they are with expressions such as “What a pity it didn’t go well…” or “What a shame, I really understand how you’re feeling”.

Envy fills a person with all sorts of terrible and uncontrollable feelings. They speak badly of the other person and try to harm them in many different ways:

If you’re not a chronically jealous person, then surely at some point in your life you’ve experienced this emotion. It’s something that’s deeply rooted in human nature.

Behind every person who experiences envy, there’s a person with low self-esteem who, instead of valuing themselves, takes it upon themselves to despise others in order to balance their self-esteem. However, this fragile form of valuation leads nowhere as regards true self-esteem; it only leads you to think less and less of yourself.

What is certain is that if a jealous person realized what was going on, they would probably stop feeling jealous. It’s incredible that a feeling as complicated as envy can be more powerful than admiration for other people.

Admiration is a noble and pure feeling. It’s a way of valuing and highlighting the achievements of one’s partner, friend, or relative, and about expressing it and letting them know. It’s also a simple and non-complex feeling. However, to truly feel admiration, you must be a balanced person. You must view yourself positively, and, as a result, be willing to compliment the other person’s achievements.

Admiration allows us to ask the other person what they did to obtain their achievements, and, thus obtain the formula of success.

The Madness of Jealousy in a Relationship
Fear is another facet of love. We're afraid of losing what we have and are, which can lead to jealousy if we're not careful.  Read more »
Link copied! Next
Interesting Articles
Emotions
Everything's Going Wrong for Me! What's the Matter with Me?

Emotions
How to Manage Your Emotions During the Pandemic

Managing your emotions during the pandemic is no easy task. Over the past few months, life has been chaotic, upsetting,…