The Differences Between Rules and Regulations

Rules and regulations are two colloquial terms that people often use interchangeably. Their differences are important. Thus. continue reading to find out why. 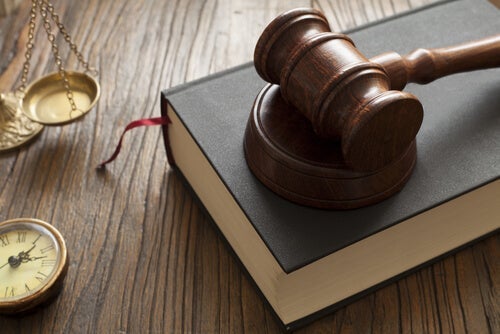 The differences between rules and regulations, part of legalese (legal terms), are only meaningful after you delve into the foundations of the legal system. Usually, people use both concepts interchangeably. This is because both rules and laws colloquially refer to what authorities establish with the goal of regulating social relations.

However, regulations, in the strict sense of the word, are a type of legal rule. In other words, the regulation is the juridical norm emanating from the legislative power of the State. That which the procedures established in the Constitution sanctions.

The differences between rules and regulations – legalese

Firstly, “rule” comes from Latin and translates to “square”. Furthermore, a “regulation” is a “rule”, an order you must respect. Its main function is to adjust certain behaviors or social activities. In short, to enforce the social order.

Focusing on the field of law, regulation is a legal precept. You must think of precepts as rules that constitute the moral or ethical basis of any given conduct or action. It’s just how the concept of regulation emerges.

Rules, like all regulations, find their meaning in the function of regulating behavior. However, these are behaviors that one must fulfill. This is to be able to sanction those individuals who don’t comply with them, as we mentioned above.

As you can see, all regulations are rules but all rules aren’t necessarily regulations. Rules may neither be legal nor regulations. This is the case with religious or moral rules; a person won’t go to prison for breaking one. Instead, they could be tried for perpetrating any offense under the regulations of a Criminal Code.

In addition, there are other legal rules sanctioned by other State organs; edicts or decrees, for example.

Main differences between rules and regulations

To summarize, one could say that rules are generic. Thus, they’re like legal regulations but with a more specific character. Its main differences are:

Regulations are the main source of law in society. Similarly, rules, such as moral ones, established by an individual or collective conscience, often coincide with laws but don’t necessarily have to.

For example, not killing is a behavior imposed by moral norms as well as by regulations. That is, a person in full command of their mental capacities feels and understands that killing is unethical behavior. Thus, not harming others is a moral norm, regardless of whether this behavior is legally regulated.

However, in this same case, if a person kills another, the judge would judge them according to the law, not to their legal standards (at least on paper). It’ll be necessary to consider the penalty they should impose on that conduct, which must coincide with the criminal figure, regulated in the Criminal Code in this case.

5 Types of Authority and Their Characteristics
Although you may not notice in everyday life, there are several types of authority and we're all subjected to at least one of them. Learn more with us! Read more »
Link copied!
Interesting Articles
Curiosities
The Main Symptoms of a Lost Soul