12 Rules for Life by Jordan Peterson 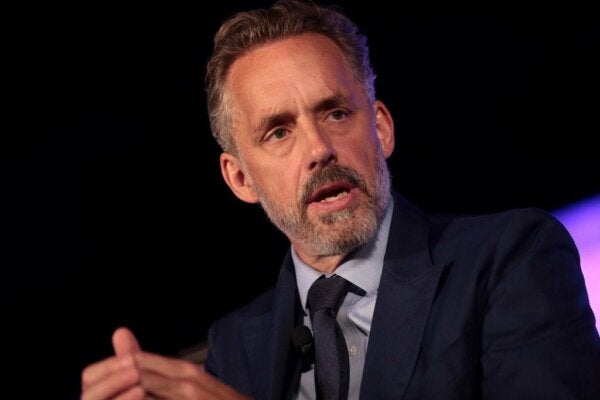 Dr. Jordan Peterson is a Canadian psychologist from the University of Toronto. He became popular among young people due to his stance on the Act to amend the Canadian Human Rights Act and the Criminal Code (Bill C-16), as well as for his fun and easygoing way of imparting knowledge. Furthermore, he’s quite the celebrity on social networks, and his book 12 Rules for Life: An Antidote to Chaos topped bestseller lists worldwide.

Peterson is a long-time academic with a humanistic spirit and a lot of experience. Still, he explains what he knows in a simple discourse, capable of being processed and adapted by anyone. However, his book contains 42 rules, not 12.

“You can’t make rules for the exceptional.”

Within the 42 rules for life, some are directly related to human values. Peterson specifically exalts honesty, solidarity, and gratitude:

The relationship with oneself

Some of Peterson’s rules for life talk about the axes for maintaining a good relationship with oneself. Actually, these are precepts for being, rather than for doing. In addition, they basically focus on attitudes that are positive for growth.

The rules about the relationship with oneself are:

The 12 Rules for Life couldn’t be possible without those about interpersonal relationships. This is because a significant part of your well-being lies here precisely. Thus, other people and the bond you establish with them either enrich or impoverish you.

In this regard, Jordan Peterson proposes the following guidelines:

According to Peterson, you must take some actions to create guidelines that lead to a more fulfilled life. Thus, some specific tasks enrich your life and allow you to move to the next level.

For example, these significant actions include:

Finally, all these rules for life are a way of simplifying certain guidelines for healthy behaviors and making them easier to digest. Of course, they aren’t rules in the strict sense, merely a reminder of patterns that are effective when it comes to self-growth.

Merlí: A Very Different TV Series
In this article, we're going to tell you about a Spanish TV series called Merlí. It's about philosophy, but in a down-to-earth way. Give it a try! Read more »
Link copied!
Interesting Articles
Philosophy and Psychology
Achieving Nirvana: The State of Freedom