The Differences Between Genius and Gifted

What are the differences between genius and gifted? Do they coincide at all? As we'll see, it isn't all about intelligence. Find out why! 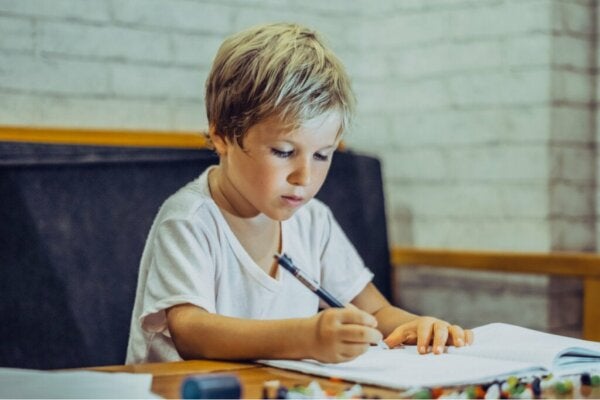 In this article, we’ll be trying to discover whether genius and gifted are the same or if there are differences between the two.

If we take Spain as an example, in the 2017-2018 school year, only 34,113 students with high capacities had been identified out of 8,161,144 students. This represents just 0.42% of the total, as shown by the data provided by the Ministry of Education and Vocational Training.

Although the information may vary considerably, it isn’t easy to detect gifted or talented children in schools. We talk about gifted children, but what about geniuses? Is a gifted child the same as a genius?

The answer is no, and that’s why we want to explain some differences between genius and gifted. Generally speaking, we can say that gifted children are very intelligent children with an IQ of over 130 (the average intelligence is 100 in the normal population). On the other hand, geniuses are people who have excelled in a certain area thanks to a very specific talent.

However, geniuses don’t necessarily have to develop their intelligence early on like gifted children do. People “classify” them as geniuses due to their work, which has been particularly significant or important for society. But what other differences are there between genius and gifted? Let’s discover them!

“It’s not how smart you are that matters; what really counts is how you are smart.”

The definitions of gifted and genius

Before delving a bit deeper into the differences between genius and gifted, let’s clarify their definitions. The RAE (Royal Spanish Academy of Language) defines genius as “an extraordinary mental capacity to create or invent new and admirable things”. On the other hand, it defines gifted as “someone who possesses greater than normal qualities, especially with regard to intellectual matters”.

However, these definitions don’t really clear up our questions. At first glance, they seem to be very similar concepts, even though they aren’t. Apart from the RAE’s definition, psychology states that giftedness refers to people who manage to achieve a high potential in certain areas.

To be considered gifted, a person’s IQ (intelligence quotient) must be higher than 130. The definition of “gifted” is related to social attributes and, according to expert psychotherapist in giftedness, Leandro Quiroz, they’re people who stand out in many ways.

These people are characterized by a diverse way of functioning on a neural, mental, cognitive, and executive level. They also tend to have somewhat specific personality traits.

A genius, on the other hand, is someone who stands out in a certain area. It’s a person who performs a “work of genius” – an important and significant work for society. In other words, they’re people with special talents. They’re creative, groundbreaking, and innovative.

The differences between genius and gifted

Without further ado, we’re now going to look at the most notable differences between genius and gifted. As we’ll see, they’re related to the type of intelligence, the areas it covers, and the motivation to learn, among others.

Therefore, if someone is working in a psycho-pedagogical or psychological context, and finds a child with prodigious abilities, or above-average intelligence, what do they do? Firstly, they’ll need to carry out a proper evaluation before drawing any specific conclusions. After that, they’ll need to establish an educational plan to help them in their development, quality of life, and self-esteem.

Areas people stand out in

A gifted person would be highly intelligent in different areas: mathematics, language, foreign languages, etc. In other words, their intelligence would encompass many different aspects.

On the other hand, a genius is someone who stands out a lot in one particular area.

A gifted child usually has an innate ability to develop tasks and solve difficult problems. Their intelligence usually develops very early on. Even though it’s often detected when they’re very young, that isn’t always the case.

A genius doesn’t have to be highly intelligent. What defines them as a genius is their talent and work in a certain are. For example, an artistic genius or a great mathematician.

The precocity of intelligence

In line with the previous point, another of the differences between genius and gifted is precocity, which we’ve already touched on. In gifted children, intelligence is high and precocious (which means they’re children capable of solving more difficult problems than would be expected for their age). However, in geniuses, this doesn’t necessarily have to happen.

A genius doesn’t necessarily show this precocious intelligence and we can define them based on the implementation of their talent. In other words, thanks to their work.

The motivation to learn or create

The motivation to develop a specific talent or to be good in a certain area is another of the differences between genius and gifted.

Gifted children should, generally, be motivated in schools. That’s why the detection of high abilities is so important, in particular, to avoid boredom. On the other hand, geniuses tend to have a more intrinsic and innate motivation to develop their talent. This is because they really like what they do.

It’s quite easy to verify this, as those we consider to be geniuses are known for their achievements or work, which they develop because they actually want to. In other words, they’re passionate about something they’re also very good at.

Although it usually isn’t easy to detect gifted children at school, at least not always early on, the fact of the matter is that it’s easier to detect them than to detect geniuses. This could be explained by the fact that gifted children tend to learn much faster. Curiously, they can also be children who perform poorly at school, simply because they’re bored. Whatever the case, people notice their above-average intelligence.

On the other hand, geniuses don’t necessarily need to be more intelligent or more “detectable”. They may be quite normal children at school, academically speaking, but, once they leave school, they develop a special talent in a more specific field (for example, music). This would be another difference between genius and gifted.

If children are already so different from each other, then imagine the situation between genius and gifted children. There will always be differences! And there’s often a world of a difference between them. For this reason, we must never generalize. We should simply analyze each specific case.

It’s very important to ensure that we accompany the child on their journey, whether as parents or professionals. We ourselves need to adapt to their needs, in order to reinforce their strengths.

However, the most important thing of all is to ensure the child’s well-being, always encouraging them to feel fulfilled in the areas they want to develop.

The Brain of a Gifted Child
What makes the brain of a gifted child different? How does this present itself during childhood? Here we look into some of the latest discoveries. Read more »
Link copied!
Interesting Articles
Educational Psychology
Why We Shouldn't Be Friends with Our Children

Why shouldn't we be friends with our children? Many parents are still surprised when they're told that it isn't good…

Educational Psychology
The Value of Persistence - Instill it in Children