Gifted adults are highly sensitive. Believe it or not, they often feel excluded from society as a whole. Additionally, they tend to feel uncapable to accomplish their goals. 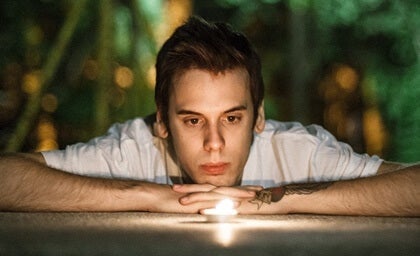 Many gifted people aren’t aware of their abilities. Their childhoods are usually quite atypical so it’s common for them to reach maturity feeling excluded and thinking that their reality isn’t stimulating or exciting. But giftedness doesn’t equal success. In fact, not all of these bright-minded people manage to feel professionally accomplished or even happy.

The thirtieth president of the United States, Calvin Coolidge, talked about the greatest problem in society. He said that it had to do with not giving people the opportunity to demonstrate their true potential. Almost 100 years have passed since he said those words. However, it seems that no one paid attention to them. This problem still exists despite all scientific, social, and psychological advances.

Moreover, figures such as Carol S. Dweck, a Professor of Psychology at Stanford University, point out that many individuals still think that intelligent people have almost guaranteed success. However, one thing that’s frequently observed is that gifted adults, as well as gifted children themselves, live with the eternal feeling that there’s something wrong with them.

Their daily lives are only filled with dissonances. Contradictions between what they feel and what others express, to the point where it’s difficult for them to differentiate between what they’re looking for and what’s offered to them. This, as a consequence, gives them the perception that the world’s too rigid and structured and their mind too curious, challenging, and nonconformist.

“What makes a child gifted and talented may not always be good grades in school, but a different way of looking at the world and learning.”

That being said, gifted adults often resort to internal coping mechanisms to face life. In some way, they manage to build satisfying lives but doing so isn’t as easy for them as people may think.

Firstly, we must clarify one aspect. There’s no cause-and-effect-like reality that shows that all gifted children will either be unhappy or successful adults.

It’s important to remember that everything is subjective. A person’s adulthood will depend on their environment, their upbringing, on whether they received adequate curricular adaptations at school, on whether they were bullied or, instead, had a good, favorable social circle growing up.

Thus, gifted adults build their lives according to their personal circumstances growing up. However, one thing to keep in mind is that if they don’t nurture these exceptional gifts early on, they may not flourish to their full potential.

Below, we explain the characteristics that usually define gifted adults.

Dissatisfaction with not living up to their own expectations

Gifted adults can have really good jobs. They may have a job to earn a living from. However, there’s something that’s constantly on their minds, something that goes out of tune for them on a daily basis.

Moreover, gifted adults have a long history of disappointment. More often than not, they’re people with high values and a very strong sense of justice. These traits often make them become frustrated by a reality that doesn’t fit their schemas.

The need to connect with others on a deeper level

The journal Behavioral Sciences published a study conducted by Dr. Francis Heylighen. In it, she gives an exhaustive summary of the everyday problems gifted adults tend to face.

Additionally, we must mention an important aspect. Many people think that gifted adults have quite an “awkward” personality, meaning they lack social skills. This is something they tend to get judged for. However, it’s important to see beyond this characteristic. In plenty of cases, they’ve grown up surrounded by people who didn’t share their interests or didn’t see the world as they did. This, of course, has made it difficult for them to socialize with those around them.

As they reach adulthood, they continue to experience social gaps. They crave that emotional and, especially, intellectual connection. They’re eager to find someone to share their passions and goals with.

To conclude, as you can see, this group of people continues to need to develop a lot of coping mechanisms. Early detection in children is important. However, it’s also important to learn to motivate them to stimulate their abilities. That way, slowly but surely, they’ll be able to set realistic goals for themselves and avoid disappointment. The most important thing is for them to achieve well-being and happiness.

Being Extremely Intelligent: The Dark Side We Don’t Talk About
Being extremely intelligent does not always guarantee success or happiness. There's another side of high IQ that we don't always talk about. Read more »
Link copied!
Interesting Articles
Personality Psychology
Do You Have an Egocentric Personality?