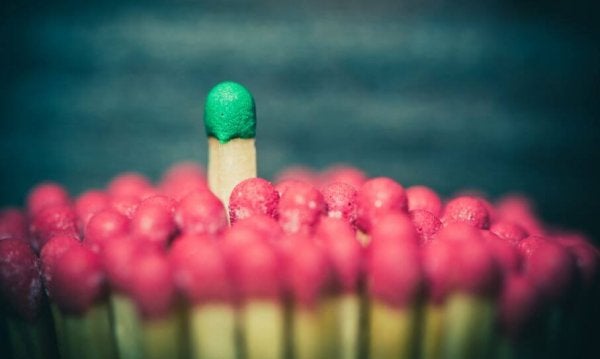 We all know someone or a couple of people that seem to have been born with a special gift, of knowing how to lead, organize, give orders, command, innovate, motivate or guide the actions of others. We could talk about dozens of features that make up the different types of leadership, however, it would be easier to review each one’s characteristics.

First of all, it’s noteworthy that the attitudes of the different types of leadership are based on various pillars that we can easily identify. For example, the development of good social skills, the ability to empathize without this causing any type of harm to the ultimate goals of the group, intuition when it comes to making decisions.

Surely each one of us have found ourselves with one or various people like this throughout our lives, or maybe we are one of them ourselves. But it’s important we keep in mind two basic aspects when talking about leadership.

The aspects that every type of leadership shares

As we have mentioned, there are two main points to consider before we can call someone a leader, regardless of the types of actions they perform:

Touched by a magic wand? It is actually much more complex than that. Yes, more than magic or talking about an ability in which our genetics has a relevant influence.

It’s a rare weekend when a coach isn’t released of his post. Coaches are fired most of time because they weren’t able to lead their team down the right path, not because of things related to technical aspects of their sport.

The problem is that the same recipe doesn’t work for both groups. The way in which work needs to be carried out in a group with a tight budget is not the same for a group jam packed with superstars.

The word “leadership” in psychology is linked to a name and an experiment: the one conducted by Kurt Lewin in the context of the Second World War. In this historical context we witnessed the rise to power of various dictators that were able to get a great number of people to believe in their projects, regardless of whether they were right or wrong.

This time period highlighted that in order for a new leader to emerge, there is almost always a void power or at the very least a strong current of doubt in the society about the established power.

We can appreciate why the interest in leadership that originated within military and political hierarchy has now expanded to other fields, as well. Such as, education field, sports and business. This has become a universally relevant issue.

Here we’re referring to the invisible leader, the one who allows others to do more. They’re a kind of manager whose job is to distribute the tasks. It is especially effective in those groups of highly trained and motivated people who are simply waiting for someone to point them in the right direction.

That is to say, this type of leader is the one who provides guidelines and ensures communication among the rest of the members of the group. The danger of having a delegative leader stems from situations which require their actions, and in which they might not intervene.

Here we are dealing with a leader who sins by default instead of by excess. Therefore, it’s easy for one destabilizing factor to make everything fall apart. An example of a delegative leader could be Gandalf in this scene.

Unlike the previous leader, the autocratic leader is an interventionist type of leader. Their lane goes in only one direction, since they only speak to but don’t listen to the group they are directing. On the other hand, they tend to be very controlling, which works especially well in groups that are very motivated but have a lot of doubts about how to develop the tasks that have been assigned to them.

The danger is that this leader can be very discouraging for groups that are very well prepared, making everyone fall off the edge once the leader unknowingly decides to move towards it.

Finally, the autocratic leader tends to harbor a feeling of superiority towards the people they lead, a contamination that can make the warning described above enough more dangerous. An example of an autocratic leader in history is Margaret Thatcher.

As you can probably guess, this is the ideal in many Western political systems. A democratic leader tries to maximize communicative bidirectionality. They lead, but without forgetting the importance of being sensitive to the feedback provided by the group about their decisions. In fact, a constant consultant element characterizes this type of leadership.

Democratic leaders are good for groups that are prepared, but which don’t have much motivation. The feeling of being listened to can be the best remedy for this kind of deficit, thus significantly increasing their interest, for the procedures as well as the objectives. An example of a democratic leader in history is Nelson Mandela.

Transactional leadership is focused on objectives. This type of leader acquires the role of the guardian of the motivation for the group. They provide rewards and enforce punishments depending on the group’s interest and performance.

This type of leader, if clever with their task, is good for long and tedious processes in which the group can’t find intrinsic motivation easily — that is to say, motivation linked to the task itself — in the task they are performing.

Thus, since only external rewards can be provided, a good leader will focus on their distribution and will manage to do so effectively.

The danger of this type of leadership resides in the things surrounding the objective, such as the environment within the group itself, which many times ends up harmed by the competitiveness towards these rewards we spoke of (promotions, vacations, flexibility, etc.). An example of transactional leadership can be seen in soccer coaches.

Transformational leadership is focused on the group’s motivation, but viewed from the task itself. His intention is that the group will achieve its goals, but without neglecting other goals. These lateral objectives can be very different and varied: the acquisition of skills by the group members, the dynamic that is generated within the group, caring for the environment, etc.

As we can now see, the types of leadership proposed by group psychology research constitute very definitive profiles. However, when it comes to managing and directing a group, leaders don’t always behave uniquely. Diversity is usually the norm.

Psychology
Life Is Wonderful if You Don't Fear It

Certainty is associated with that need we have of knowing what is going to happen next. This is so we can anticipate life and control it. So it doesn't take us…

Logotherapy is also known as "the third Viennese School of Psychotherapy". The first psychological school was Sigmund Freud's, the second…