The Consequences of Parental Abandonment

In many cases, experiencing abandonment at an early age leaves a mark that hinders the person's normal development. The child or adult may interpret this abandonment as proof of their lack of importance which, of course, leads to suffering and incredibly low self-esteem. 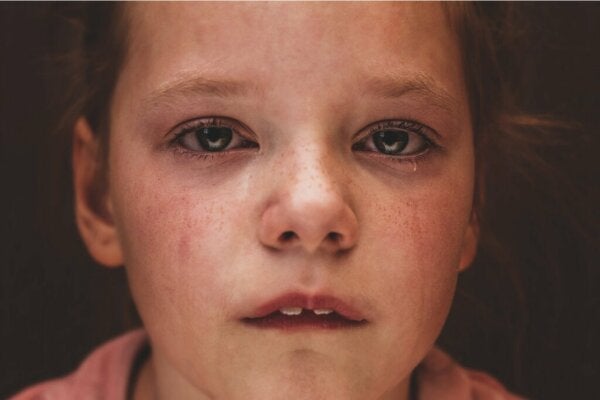 Childhood is a key stage in psychological and emotional development. The way a child interacts with their parents affects their perspective of themselves and the world around them. Many times, we aren’t truly aware of the damage caused in our early years. However, certain experiences, such as parental abandonment, can leave deep scars.

Many people who experienced this situation may say that the impact it had on them was mild or even nonexistent. However, it’s more than enough to observe their attitudes, thoughts, and behaviors to see how such abandonment continues to haunt them. In order to become aware of what’s happening, we’ll be talking about the main consequences of parental abandonment.

Before listing the consequences of parental abandonment, we must explain what it refers to. Basically, it’s the absence of a parent who was never there. For example, you can’t consider parental abandonment in the case of women or men who are single parents by choice. Similarly, in a family made up of two fathers or two mothers, you can’t say that there’s any type of abandonment even though there isn’t a parental figure of the opposite gender.

As a matter of fact, studies have shown that growing up in this type of family doesn’t entail any disadvantage for the child compared to those growing up in hetero-parental families.

The consequences of parental abandonment

The consequences that can come from such abandonment, whether they’re real or symbolic, can be serious and greatly affect the individual on an emotional level. Furthermore, these usually begin to rise during childhood and, more often than not, persist into adulthood, sometimes at an unconscious level. Let’s see some of them.

Thus, they grow up with a huge feeling of guilt and low self-esteem. “If the person who should love me the most in the world chose not to be by my side, I must be a bad person”, some may think. It may sound illogical to you, but it sure does make sense to them. Undoubtedly, this is a very difficult situation to fix.

Inability to bond with others

Those who’ve suffered parental abandonment tend to be emotionally unavailable. In other words, it may be extremely difficult for them to emotionally bond with other people.

Firstly, the abandonment of the parent is precisely what installs the child’s mistrust and suspicion. In addition, it’s more than likely for these emotions to translate into other relationships (family, friendship, or romantic). This, of course, prevents the individual from developing normally.

This is undoubtedly the main consequence this problem brings. The abandoned child grows up thinking that everyone else will abandon them as well. This makes them so scared to the point where, a lot of the time, they choose not to get close to anyone. The mere thought of having someone abandon them once again creates extreme anguish. This fear can make them avoidant or very submissive and dependent on others, as well as extremely complacent.

Other consequences of parental abandonment

In addition to the above, it’s common for school problems to occur, both academically and behaviorally. These individuals will also have an increased risk of developing addictions and other psychological disorders. Also, they’ll probably have a rigid attitude and will experience difficulties in adapting to life changes.

If they don’t find in their immediate environment the containment, support, and security necessary to process the abandonment, it’ll for sure weigh on their adult evolution. People reluctant to bond emotionally, excessively anxious, fearful of losing other people’s affection, and with low self-esteem are especially vulnerable to the results of this abandonment.

Thus, psychological therapy aimed at resignifying the experience can be of great help. This way, they’d be able to leave behind the weight of the past and finally start moving on.

Overcoming Your Fear of Abandonment
Overcoming your fear of abandonment and achieving self-sufficiency is no easy task. However, it's possible as long as you recognize how valuable you are. Read more »
Link copied!
Interesting Articles
Psychology
Do What Others Say You Can't

"That truly is a man of his word."  You don't really hear anyone saying that, nowadays, do you? The truth is that men and women of their word are very…