The Cerebellum and Divergent Thinking

The cerebellum is responsible for divergent thinking, which is about imagining and solving problems in a more innovative way. It basically mediates complex and sophisticated processes. 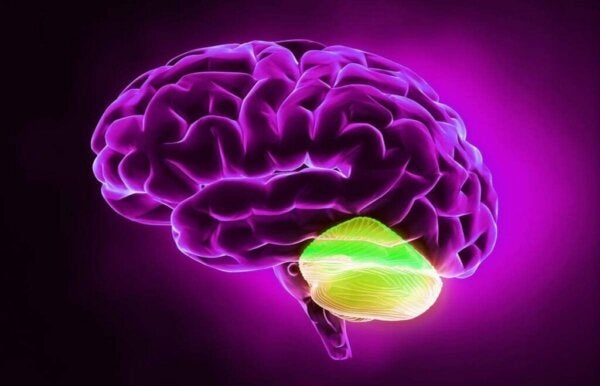 The relationship between the cerebellum and divergent thinking is amazing, disturbing, and decisive. This is interesting because, until recently, people took for granted the fact that the only functions performed by this organ were related to motor memory or coordination. Today, it’s clear this is decisive in a significant part of the higher cognitive processes.

You might find it interesting to know that Leonardo da Vinci was one of the first persons to be fascinated by the cerebellum. He found that area located in the posterior cranial fossa. He referred to it as “little brain” (cerebellum) in one of his furtive nights of research with corpses to understand human physiology around the year 1504.

Later, between the 17th and 19th centuries, someone discovered the role of the cerebellum in dimensions such as balance, posture, motor learning, and fine motor skills (such as being able to write). The small brain has been as underestimated as misunderstood, even though many neurologists already sensed its relevance.

It’s time to give it the relevance it deserves and understand its function in your daily lives.

The relationship between the cerebellum and divergent thinking

The cerebellum accounts for a little more than 10% of the total brain volume. However, it houses almost 80% of the total number of brain neurons. Something like this already presents an unavoidable clue that its transcendence may be much greater than researchers initially thought. Therefore, it’s logical to deduce that it can take care of something more than the motor tasks.

For example, thanks to this organ you can drive a car or ride a bicycle without having to think about how to do it. In other words, the cerebellum facilitates and integrates the motor memory and automates a large part of your daily movements. However, it wasn’t until the last decade when scientists began to pay more attention to this area in order to discover its multiple sides.

The cerebellum and divergent thinking

The relevance of the cerebellum in functions such as working memory and creativity was already advanced in 2007. You can find evidence of it in this study by Dr. Jalil Pasl, published in the Creativity Research Journal. However, Christopher J. Steele of the Max Planck Institute for Human Cognitive and Brain Sciences in Leipzig revealed something even more decisive recently.

Allan Reiss, professor of radiology, psychiatry, and behavioral science at Stanford University, once said that: “Our findings represent a breakthrough in our understanding of the physiology of creativity based on the cerebellum. We found that the activation of executive control centers in this region allows us to plan, organize, and manage tasks in a creative way. Divergent thinking is also linked to this area and sparks art, science, and business”.

The cerebellum and fluid intelligence

The cerebellum and divergent thinking are related to this type of intelligence. Mihály Csíkszentmihályi points out that this type of competition is what achieves the greatest synchronization and connectivity of the brain’s hemispheres. It’s clear that the cerebellum is also a part of this process.

There’s a serious problem with the cerebellum

Now you know the relevance of this organ. It’s clear that the relationship between the cerebellum and divergent thinking is significant. However, there’s one problem. Well, several, actually.

These two dimensions should be serious enough to make you think. People rely on technology too much these days, nearly to the point it does all of the “thinking”. When was the last time you did a mental calculation? Can you find your way around a city without a GPS?

Moreover, handwriting is also bound for extinction because, why write anything down when you have a word processor? You may not be aware of it but this has a serious impact on the plasticity of your brain.

Furthermore, letting your devices replace many of the tasks you used to do mentally or manually atrophies your brain. It leads to slow and premature aging of an essential region for all humans beings. Just think about it.

Purkinje Neurons: The Enigmatic Cells of the Cerebellar Cortex
According to a group of researchers at Harvard University, Purkinje neurons could be linked to the onset of autism. Read on to find out more. Read more »
Link copied!
Interesting Articles
Brain
Your Brain When You Read - What Happens