What Happens When You Stop Writing By Hand?

Is handwriting a lost art? In the age of technology, are there any reasons to continue to teach children how to write in school? Some researchers believe that handwriting affects cognitive development in some significant ways. Read more to find out why it's important. 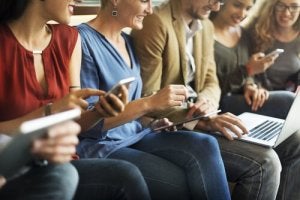 With the arrival of new technologies, pencil and paper have become obsolete. However, since the research shows that there are significant benefits to writing by hand, you have to ask yourself, what happens when you stop writing by hand?

Are there negative consequences? Many adults refuse to give up writing things by hand, but the overwhelming presence of smartphones, tablets, and computers means that it happens less and less whether you want it to or not.

Little by little, schools and universities are incorporating computers and tablets into the classroom. However, less handwriting could have a negative impact on students’ cognitive development, as authors point out in The Guardian article Does writing by hand still matter in the digital age?

Writing by hand is important for children’s development

The fact that people write less by hand seems like a natural consequence of the influx of technology. However, it hasn’t happened equally to everyone. People who started using computers in high school still learned to write by hand and reaped the benefits of that experience. However, children these days are practically born with a smartphone in their hand.

The incredible technology we have today certainly has its advantages. However, growing up with these technologies and neglecting handwriting can negatively affect children’s brain development.

“Handwriting is a complex task that requires various skills – feeling the pen and the paper, moving the writing implement, and directing movement by thought.”

The BBC interviewed Karin James, a neuroscientist, and professor at Indiana University Bloomington, about handwriting. Worried about the current situation, Professor James decided to do research with children who hadn’t yet learned to read.

Her research subjects knew how to identify some letters of the alphabet, but they didn’t know how to put them together to form words. In order to test the consequences of not writing by hand, she divided the participants into two groups.

To measure how the children were learning, James used MRIs to see what happened to brain activation levels when the kids were learning to write. She also evaluated the changes that happened in the brain throughout the whole learning process.

Professor James’ research produced valuable results. The brain didn’t respond the same in children learning how to write by hand and children learning to type on a computer. The first showed brain activation similar to that of people who know how to read and write. That simply did not happen in the second group.

Professor James determined that writing by hand establishes a link between learning to write and learning to read. Consequently, neglecting handwriting could make it very difficult for students when it comes time to learn to read. It could also affect everything that goes along with reading like reading comprehension, paying attention, written expression, etc.)

Is it possible to use new technology without sacrificing handwriting? Is using a stylus pen to write on a screen a good substitute for a pen and paper? Well, not exactly.

There are still differences between the “old-fashioned” way and the modern way. You don’t exert the same pressure on a tablet as you do on a piece of paper. As a result, if you aren’t used to writing on real paper your hand could tire very quickly.

Not only that, but writing on your device isn’t as easy as it might seem. If you’ve ever had to sign for a package on the little machine that the delivery person carries with them, you know what we mean. It’s extremely difficult to make your signature look accurate and natural with a stylus pen on a screen.

The other important consequence of writing by hand less and less is illegibility. If you don’t practice, the hand you use to write will become clumsy. It becomes more and more difficult to express yourself through handwriting.

So, what about you? Can you still write by hand? Do you see the value?

Why Writing in a Diary Is Good for You
Life is like a blank page; it's built up as you go along, and writing in a diary will help you keep track of your thoughts and release your frustration in a Read more »
Link copied!
Interesting Articles
Brain
All about the Lost Mariner

Brain
How Does the Body Perceive Pain and Temperature?

Have you ever wondered why you're capable of feeling pain? Or how you can tell when things are hot or…