The Best Quotes from Stephen Hawking

Stephen Hawking wasn't just a brilliant scientist. In this article, discover some of his best quotes! 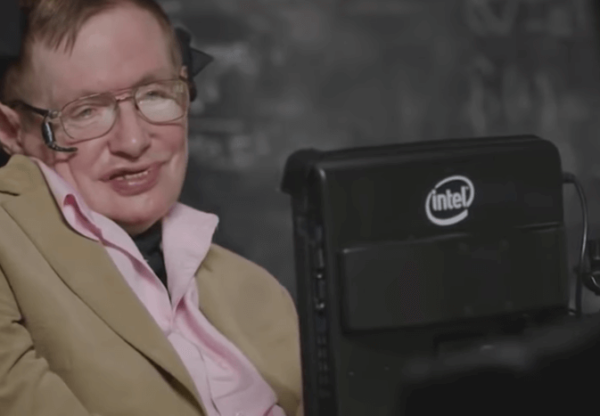 Stephen Hawking said and wrote many things that were worth quoting. He was, after all, one of the most prodigious scientists of the 20th century. Hawking was a brilliant and powerful fighter. He was also a great educator and wanted his ideas to go beyond the academic world. Today, we’ll look at some of the best quotes from Stephen Hawking.

When Hawking was diagnosed with amyotrophic lateral sclerosis (ALS), doctors said he only had a few months to live. In spite of that horrible diagnosis, he lived for several more decades. Although his life wasn’t easy, he never lost his will to live, research, and understand the physical laws that shape the world we live in.

Stephen Hawking was one of the most brilliant astrophysicists of the 20th and 21st centuries. He proposed some of the boldest theories about the Big Bang, black holes, and the fate of the universe we live in. However, Hawking wasn’t known only for his incredible theories and daring research. In general, he was a man with well-thought-out opinions on many subjects, such as religion, society, and education.

Armed with one of the most powerful weapons in the universe, a sense of humor, Stephen Hawking left us dozens of inspiring quotes. Today, we’ll share some Stephen Hawking quotes that are worth reflecting on. In these quotes, you can clearly see his genius, ingenuity, and intelligence.

“We are just an advanced breed of monkeys on a minor planet of a very average star. But we can understand the Universe. That makes us something very special.”

What makes human beings different and special? Hawking believed it was our ability to reason. Because we’re able to think, research, and ask questions, we can try to understand the universe and a countless number of other social and emotional phenomena. We’re able to think about the things that happen in this life and affects us either directly or indirectly.

“So next time someone complains that you have made a mistake, tell him that may be a good thing. Because without imperfection, neither you nor I would exist.”

When you make a mistake, you probably become hyperfocused on the negative aspects of what you did wrong. You forget entirely that you can learn important lessons from imperfection. After all, imperfection is what makes us human, and it helps you learn and improve.

“The human failing I would most like to correct is aggression. It may have had survival advantage in caveman days, to get more food, territory, or a partner with whom to reproduce, but now it threatens to destroy us all.”

One of Stephen Hawking’s biggest fears was self-destruction. Just like what happened when Europeans arrived in America, this scientist feared the human tendency towards aggressiveness and aggression from the powerful towards those with less power.

He always warned of the danger humanity is in if it doesn’t correct those tendencies. Sure, they were important thousands of years ago, but they’re getting more dangerous, especially because we’re creating bigger and stronger weapons.

Hawking believed that perfection was simply absurd. We live in an imperfect universe, and we are its children. The product of that universe. So what point is there to seek out something that doesn’t actually exist? Especially when perfectionism can be a source of a lot of anxiety.

“Although I can’t move and I have to speak through a computer, in my mind, I’m free.”

Just like other brilliant minds of the 20th century, such as Nelson Mandela, Stephen Hawking also achieved freedom. Although Hawking was confined to a wheelchair, like Mandela in his cell for years and years, his mind was able to flow freely. He was the only one with access to his mind, and his thoughts gave him true freedom.

“It surprises me how disinterested we are today about things like physics, space, the universe and philosophy of our existence, our purpose, our final destination. It’s a crazy world out there. Be curious.”

Hawking was on a quest for knowledge his entire life. When he finished answering one question, he started on another that he was curious about, and he did his research. He advised others to do the same. We live in a world full of questions and, when we try to answer them, we’ll find new, more interesting ones. Hawking believed that human curiosity was one of the most important things.

This is just a glimpse into one of the most brilliant minds of the 20th century. These Stephen Hawking quotes reflect part of the thoughts of a person who, although he was confined to a wheelchair from a young age, never stopped moving. He never stopped living, and never gave in to the idea that his limitations were an obstacle that stopped him from exploring the world.

Stephen Hawking’s Beautiful Message Against Depression
On January 7, 2016, Stephen Hawking gave a lecture at the Royal Society. Unlike what many might think, the central theme of his lecture was not the mysteries of the Big Bang, or of light or space. Hawking decided to talk to people with depression and other emotional problems. Read more »
Link copied!
Interesting Articles
Curiosities
Why People Become More Impatient As Time Goes By

Curiosities
Why Do Some People Talk to Themselves?

Why do some people talk to themselves? Are they insane? As you know, people are often amused when they hear…