Intelligence and Sense of Humor 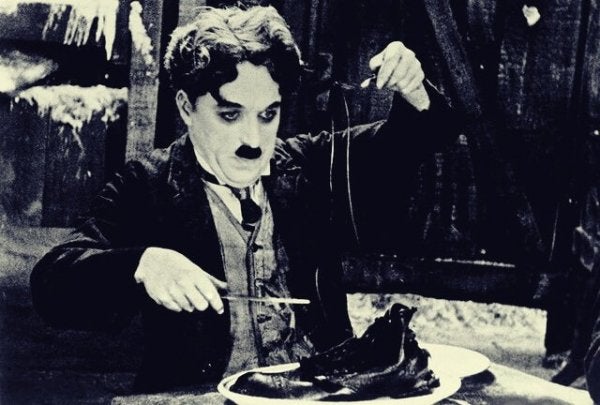 A good sense of humor, the one that knows how to apply irony and wit to a reality that’s often a bit gray, is almost always a sign of intelligence. It’s the art of those who shape what they see with elegant satire to make us reflect, of those who manage to make us laugh out loud by making us aware of a less rigid and original reality.

Plato‘s texts are really surprising. The famous Greek philosopher and Aristotle’s teacher warned that a sense of humor and laughter were little more than an attribute of evil-doing. According to him, any person who made use of many jokes showed proud behavior; they boasted about themselves and dared to ridicule others.

“A person without a sense of humor is like a wagon without springs. It’s jolted by every pebbleon the road.”

If Plato maintained that vision it was because, in some way, the art of making others laugh sometimes involves making use of offensive statements. It defies moral codes and ridicules certain groups of society. It objectifies people, their beliefs, physical attributes, etc. But using sense of humor in a sophisticated and creative way is an art.

Sense of humor and its relationship with intelligence

A person’s sense of humor is, without a doubt, their best cover letter. This is something that we’ve all noticed on more than one occasion. Thus, nothing says so much about someone as discovering what makes them laugh (or not), discovering their abilities to understand the most sibylline ironies, or easing up the tension with an ingenious sense of humor. Almost without wanting to, a sense of humor can boost interpersonal connections.

Whether we believe it or not, on average, those who have the ability to use a more refined and creative sense of humor than normal tend to have a higher IQ. We know there are people with high IQs that weren’t precisely good at telling jokes. Oscar Wilde, George Bernard Shaw, or Groucho Marx are the most notable examples.

There are details that make this topic even more interesting. As revealed in a study by the University of Vienna, Austria, people with a great sense of humor got very high verbal and emotional intelligence scores.

The evidence from these investigations also demonstrates that there’s a direct association between sense of humor, cognitive abilities, emotional intelligence, and self-esteem.

Sense of humor and creativity

When Albert Einstein was once asked where his ingenuity, creativity, and intelligence came from, he answered, quite naturally, that the secret was his sense of humor. He’d had this sense of humor since childhood. At heart, he was still a child capable of looking at the world with curiosity and innocence. He never lost his capacity for wonder and his ability to laugh.

Far from being a trivial anecdote, Einstein knew very well what he said when he emphasized the importance of a sense of humor in its relationship with human intelligence. In fact, many neuropsychological studies support the idea of an association between our positive emotional states and creativity, as well as intelligence. We can’t forget that laughter increases the production of dopamine in the brain. This neurotransmitter also “turns on” those neural mechanisms that mediate learning.

As a result, we become more flexible and creative and our memory and mental focus improve. Laughing also enhances our attention. Laughter is life and a sense of humor connects us with others. It reduces stress, strengthens the immune system, and also makes us much more productive.

Life’s ultimately about love and humor. Love to understand life much better and humor to endure it every day. Therefore, don’t disregard the benefits of this great aphrodisiac for the heart and brain. If a sense of humor makes us more intelligent, it’s worth making use of it in an ingenious and skillful way.

These Nicanor Parra quotes are amazing. This anti-poet lived for more than a century and never ceased to surprise us…