Putting People Down: A Subtle Form of Aggression

Putting people down is a form of symbolic elimination. It's an unpleasant practice that sows the seeds of great personal and social unrest. 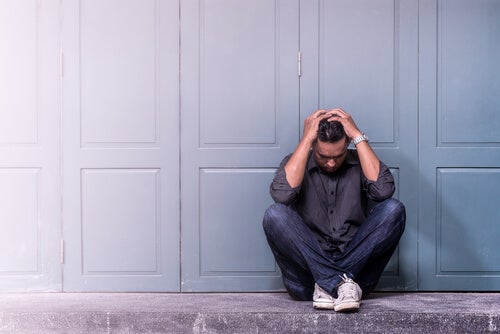 We have to say that putting people down is a form of moral or psychological violence. It’s an expression of cruelty that some people or groups believe they have a right to exhibit. It’s very common for victims of this practice to be in fragile conditions or considered inferior.

Putting people down is synonymous with symbolically eliminating them; it’s a type of social murder. In many cases in history, this symbolic murder precedes physical murder. This type of premise becomes the justification for specific violence, exercised against specific persons or groups.

Symbolic exclusion or elimination doesn’t always have the same degree nor the same intensity. You can just put people’s ideas or feelings down or you can put them down completely. This can occur towards certain social groups as well, as is the case with the different forms of McCarthyism, xenophobia, or discrimination.

For example, you put others down when you say things such as “What you said is completely wrong” or “Your thoughts are incorrect”. The question is: who has the authority to radically put down what someone else thinks?

At most, a person could give some arguments or evidence to defend their reasoning. Although it’s okay to put forward different ideas, you shouldn’t put down the other person’s.

The same is true regarding other people’s feelings. How often have you said things such as “You can’t possibly feel that”, “How can you be scared of that?”, or “You’re crazy for getting upset over that”?

All these statements deny what the other person is feeling. Who has the right to tell people what they should or shouldn’t be feeling or thinking? The answer is clear. No one.

This type of practice is also carried out socially or collectively. It doesn’t necessarily involve “bullying”. Indifference is enough to make another person feel that they aren’t valuable. This is what many governments and individuals do with the most vulnerable population groups, such as the poor. They ask them to vote and then implement policies that don’t take them into account at all.

In addition, this happens in daily city life. Cities are designed to make car rides smoother and easier but not to protect the life of pedestrians. Many car owners believe they own the roads and that they can do anything they like. It’s a sad reality that more people in the world die from car accidents than from any known disease.

Bureaucracy is an expert at treating people like dirt. In fact, you can experience this if you have to carry out a certain task or hand in some paperwork. Government officials often play with your time as if it were a game.

They send you from here to there, sometimes demanding ridiculous requirements and putting obstacles in your way. Sometimes, this is due to sheer incompetence or lack of organization. However, on other occasions, it’s just politics and underhand business.

Putting people down, or being indifferent to their needs, creates a seed of violence in its victims. That violence doesn’t go away but builds up inside instead.

After a while, the victim ends up taking their anger out on the person who started it. On other occasions, the internal build-up affects and undermines their well-being and can even make them ill. Whatever the case, sooner or later, society will end up suffering in some way.

On an individual level, it’s important for you to develop antibodies to fight against this disease. You must be aware that you’re going to run into people who love putting others down at some point in your life. Thus, what you need to do is not take their bait and let them make you feel insecure or inferior.

At a social level, there’s a call to promote inclusion. No matter how different we all are, everyone’s entitled to their place in society. No one can force you to share or even accept their ideas, feelings, or conditions.

However, you do have an obligation to respect their right to be who they are. Your well-being (and theirs) depends on you having an open mind!

The Indifference of Passive-Aggressive People
Passive-aggressive may seem fragile and in need of help. However, the truth is that they have deliberate behaviors that they pretend to be accidental. Read more »
Link copied!
Interesting Articles
Conflicts
How to Get Through a Fight with Your Partner

Conflicts
The Hammer and the Wall in a Relationship

Romantic relationships aren't easy... at least that's what some people think. Problems often arise because there's a hammer and a…

In recent years, life expectancy has gone up considerably: we live longer and better lives. This is clearly positive. However,…