The Best Quotes from Charles Darwin

To read Charles Darwin quotes is to read the work of one of the most important scientists of all time. Discover some of them here! 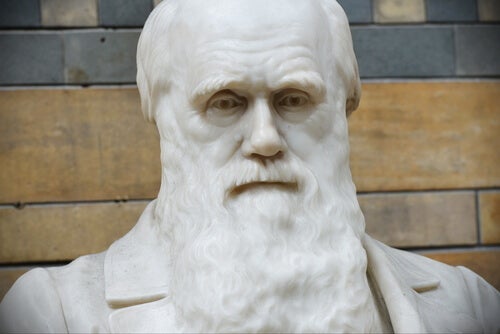 Reading quotes from Charles Darwin is a worthwhile activity for a very simple reason. One hundred and fifty years ago, he completely revolutionized the world of science. His contribution changed the way people think about the origins of human life.

Since Charles Darwin published his theories on the origin of the species that inhabit this planet, science changed forever. It’s easy to take this knowledge for granted today, but at the beginning of the 19th century, it was novel.

Who was Charles Darwin?

Before we get into these quotes from Charles Darwin, let’s take some time to get to know this man who became an almost mythical figure. He was a man of poor health, but with incredible mental prowess.

Charles Darwin was an English scientist, naturalist, biologist, and geologist. He was born in 1809. At the age of 22, he boarded the famous boat HMS Beagle. Five years later, he returned after having studied species in their natural habitat with a theory he called The Origin of the Species.

In his theory of natural selection, Darwin argued that only the species who best adapted to their environment would survive. In other words, living creatures were selected by their environment. At the same time, generation after generation, they consolidated genetic traits in their descendants.

The part of his research that clashed the most with scientific beliefs of the time was that of human descendants. Darwin proposed that we’ve all descended from a common ancestor. He lumped humans and other living creatures together in one category, which was extremely difficult for the world to accept. In his day, the prevailing belief was that Homo sapiens was a “chosen” species.

We have plenty of written work from Charles Darwin. Thus, this brilliant scientist left an important written legacy. As we can’t share all of his quotes today, we chose the ones that relate the most to current individual psychology.

“I am not apt to follow blindly the lead of other men.”

Most people are followers. We look for a leader, and we tend to go along with what they do or say. However, Darwin marched to the beat of his own drum. The boldness of his theories is clear evidence that he wasn’t one to unquestioningly follow others. He had his own ideas. Therefore, he was a leader among scientists, not the other way around.

“A man’s friendships are one of the best measures of his worth.”

Charles Darwin wasn’t the only one who believed in the power of good friendships. In fact, sayings in nearly every language have a similar sentiment.

Darwin believed that the people who surround you are a sure sign of who you really are, nearly as much as your behavior, thoughts, and life philosophy.

“It is always advisable to perceive clearly our ignorance.”

In this, Darwin agrees with other brilliant minds, such as Stephen Hawking or Albert Einstein. He believed adamantly that everyone should be as aware of what they know as of what they don’t know. This philosophy encourages curiosity and life-long learning.

“Great is the power of steady misrepresentation.”

It’s interesting that, even after 150 years, constant noise continues to be very powerful and very dangerous. Today we call it “fake news”. Darwin’s quote might be even more relevant today, in fact, than it was when he said it. The desire (and ability) to distort reality is perhaps even greater today than ever.

“…the social instincts lead an animal to take pleasure in the society of its fellows.”

The precursor to the theory of evolution argued that enjoying socialization was instinctual. Living things need to be around others of their species in order to not just survive but also to be well.

“It is not the strongest of the species that survives, nor the most intelligent; it is the one most adaptable to change.”

We’ll end with one of Charles Darwin’s most famous quotes. It also happens to be the one that was the most controversial in his day. Ultimately, strength won’t determine longevity. Instead, it’s determined by adaptability. Are human beings one of those species? Time will certainly tell…

From Survival to Personal Growth: Self-Realization
Like Abraham Maslow said, survival is the foundation, and self-realization is at the top of the hierarchical pyramid of our needs. Read more »
Link copied!
Interesting Articles
Biographies
John Forbes Nash - A Prodigious Mathematician