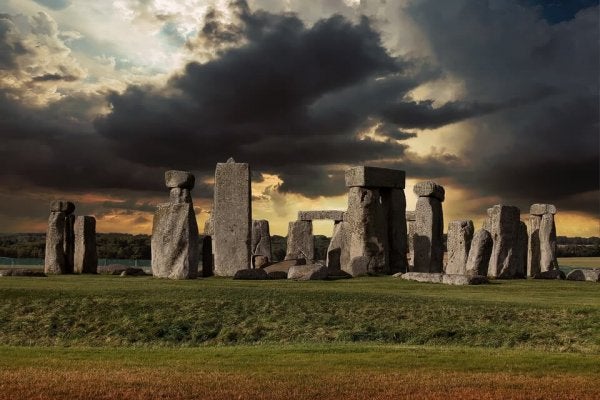 Humans progress over time. Each generation is better than the previous one. Each new invention leads to a better world. But is this really true? We’re all aware of the current and past crises. But what about the oldest ones, those that happened during the Neolithic Stone Age division?

The Neolithic division extends from 7000 BCE to approximately 4000 BCE. During this time, agriculture and livestock arose. When we study this division in school, we get the impression that it was a great discovery that changed the destiny of humanity. We also believe it was an advancement that everyone accepted. But it actually wasn’t like that. Not everyone accepted this change. Some people adopted agriculture and livestock many years later since they still preferred to be hunters and gatherers.

The Neolithic is one of the most unknown Stone Age divisions in human history, despite it also being one of the most important ones. During the Neolithic period, the world’s foundations arose. These include livestock and agriculture, war, property, writing, and division of power, among others. However, one could also say that humanity’s problems started in this division.

During this division, humanity began to transform their environment and adapt it to their needs. As a result, the population grew exponentially.

What we learn about the Neolithic division in school

Essayist Yuval Noah Harari stated that the Neolithic division was the greatest fraud in history: “Rather than heralding a new era of easy living, the Agricultural Revolution left farmers with lives generally more difficult and less satisfying than those of foragers“. Life as hunter-gatherers was better. Before this revolution, researchers believe humans didn’t stress out that much due to lack of food. Their diet was more nutritious and they didn’t engage in war. They only started getting sicker once they lived close to animals.

In schools, students are told that the Neolithic Revolution allowed humans to eradicate hunger since they learned to domesticate plants and animals and create cities. However, this is false. Many agricultural societies abandoned this revolution and returned to the hunter-gatherer lifestyle. They also re-adopted agriculture several times. Different natural catastrophes, such as plagues, deforestation, or soil salinization, encouraged these cycles. For 5000 years, they went from one to the other depending on environmental conditions.

What the Neolithic Revolution left us

The Neolithic Revolution left a clear message: a well-regulated and transformed natural environment can feed a lot of people. But man has perverted this message. Some examples include the irrational exploitation of the environment, seed accumulation, social inequalities, and supremacy over the weakest. Humans have never managed to live in harmony since they refuse to share what they have with each other.

The idea of a single Neolithic Revolution in the Middle East has since been rejected. Instead, researchers believe there were several more or less simultaneous revolutions. There was wheat in the Middle East, rice in China, and corn in America. All of them constitute the agricultural revolution that, thanks to the migrations of the first peasants, eventually reached Europe.

The Neolithic revolution caused a never before seen population growth. It led to human migration, as well as the migration of ideas and materials. Although we don’t know much about this Stone Age division, we’re certain that it changed everything.

Art and Psychology
The Art of Staying Calm During an Argument

Some people tend to be quite impulsive when it comes to expressing their thoughts and feelings. Perhaps they only think…

Culture
Even with My Broken Heart, I Will Try to Learn from This