The 7 Most Interesting and Strange Phobias 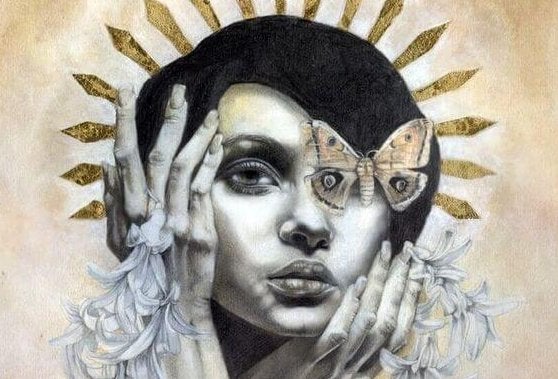 Phobias are defined as an intense and irrational fear towards a person, object, or situation which supposes little or no actual threat. The word comes from the Greek term “Phobos”, which means “panic”. Phobos was also the son of Ares, the god of war, and Aphrodite, the goddess of love, in Greek mythology. Phobos personified fear. Alexander the Great prayed to “Phobos” before every battle in order to cast fear from his heart.

Sigmund Freud studied phobias in great detail. He found that they are usually created during childhood. Also, that within them operate a meaningful chain of events. First, the individual experiences something traumatic. Second, that experience is so strong and painful that the individual displaces the anguish provoked that by that trauma towards an object, situation, or person associated with the experience in an arbitrary way.

“Fear is always willing to see things worse than they truly are.”
-Livio-

In other words, victims of phobias are actually not scared of that object, person, or situation for which they feel apparent panic. What they are truly scared of is the traumatic experience that they arbitrarily associated with that subject, situation, or person.

From a psychiatric point of view, phobias correspond to anxiety disorders. The victim of a phobia can have intense panic attacks when they are exposed to the object of their fear. Many might think that this is absurd, but that’s how phobias work. They are illogical from our point of view. Up next we will talk about 7 of the most interesting and strange phobias out there.

Chrometophobia, one of the strangest phobias

It’s hard to understand how someone in this day and age could be afraid of money, but that’s the way it is. This strange fear is called “chrometophobia”. Some of the individuals who suffer from it fear touching money because they deem it dirty, full of bacteria, or a generator of evil.

In other cases, the whole thing is more enigmatic. What happens is that money is subconsciously rejected and that’s why the person affected performs actions to lose it or not earn it, without even noticing it. This is what happens with people who, for example, constantly lose their wallets. Or they invest in “foolish things” that no one would be interested in. Usually, there are painful or negative experiences behind this strange fear.

Though it might seem hard to believe, some people are scared of sitting down. The fear is called “Catisophobia”. People with this problem sweat, tremble, and even have a hard time breathing when they see a chair they have to sit in. Sometimes, it is a specific type of chair which triggers the feeling of panic.

Why would someone develop a phobia of this kind? It is a manifestation of post-traumatic stress. Behind this fear, there lies a painful and terrifying experience. For example, if a child was punished by being forced to sit for a very long time or in terrible conditions. Or if the individual experienced an episode of torture or profound emotional pain while they were sitting in a chair.

This is truly one of the most interesting phobias out there. It is also known as “Thrihexaphobia”, and it’s the extreme fear of the number “666”. Everything that is associated with this number, be it directly or indirectly, causes the individual an apprehension that’s difficult to control. This is similar to what happens to a lot of people with the number “13”.

As is well-known, the number “666” is biblical and is associated with “The Beast”. That’s why many people believe that the number brings bad luck, warns of calamities or disasters. When these people see the number in a license plate of a car, or on the bill at a restaurant, they fall into panic. They believe something bad is going to happen to them. One of the most famous cases of someone with hexakosioihexekontahexaphobia was Ronald Wilson Reagan, whose name ironically has three words with 6 letters each.

While it’s one of the more curious phobias, it’s also one of the most common. We’re referring to a fear of clowns. Many kids suffer from it. And why not? Clowns dress up and put on makeup that is not discrete. Their big eyes and exaggerated mouths can make any kid take off running. That’s why they have been used many times as the main antagonists in horror movies.

The fear of clowns corresponds above all with the fear that their appearance can generate. Obviously, it doesn’t include the actual activity. Some parents force their children to be exposed to clowns because they deem this fear illogical. The problem is that forcing them to confront their far so directly, actually just incubates a phobia that could become entrenched in them for the rest of their lives.

This is the fear of going to bed. It’s one of the most varied phobias because the fear emerges from various different sources. Some kids think that if they go to bed or sleep in a bed, they may die in their sleep. Curiously, they don’t feel the same apprehension about sleeping in a chair or a couch.

Others think that something, some incubus, succubus, or demon, could be hiding in the darkness or under the blankets. Some are a little more realistic and feel that if they get into bed to sleep, they’ll lose control of their sphincters. Of course, almost everyone who suffers from clinophobia also suffers from insomnia. This is due to the fact that going to bed produces great deals of anxiety.

This strange phobia is the fear of long words. Also, the fear of strange words. It’s funny that a word which is so long and strange itself is used to name this obsessive fear. How can you ask for help if you experience physical terror at pronouncing the name of your problem?

The truth is that the fear doesn’t have much to do with the words themselves. The fear refers to not being able to understand or to pronounce them correctly. Deep down, we’re really referring to a fear of making a fool out of yourself or to be at a disadvantage. Obviously, it is associated with shyness.

It’s safe to say we all know someone who is afraid of filth. These are the type of people who wash their hands every five minutes and are disgusted by anything that could be dirty or covered with germs. Well, on the opposite end of the spectrum, there are people who suffer from ablutophobia. This is the feeling of panic towards water and soap.

In the most extreme cases, these people can go months or even years without showering. They feel that the soap and water could make them sick. In fact, some even believe that they could drown in the shower. Others experience a lot of fear when they get wet or damp. Behind this fear, there is usually a traumatic experience associated with cleaning or cleanliness.

The list of every known phobia is quite extensive. Some people are afraid of needles, mirrors, clouds, trees, and almost any type of object. Some are very common, like the fear of rats or injections. Other are quite rare, like the ones we discussed above. And while this topic can be quite anecdotal, the truth is that these people experience a lot of suffering.

We all have at least one irrational fear. They lack importance if they don’t limit our everyday lives. Instead, if the fear turns into an obsession or provokes negative and persistent alterations in your routine, the issue is more complicated. The good news is that with the correct treatment, practically any phobia can be overcome.

Pistanthrophobia: When You’re Afraid to Trust Others
Moments of distrust are perfectly normal. However, if you feel panicked at the thought of trusting others, you may have a condition called pistanthrophobia. Read more »
Link copied!
Interesting Articles
Psychology
The Oedipus Complex

The Oedipus complex is considered the cornerstone of Freudian psychoanalysis. It’s one of the fundamental concepts of psychoanalytic theory. Not only does it explain the formation of personality structure, but it…

Psychology
You Know My Name Not My Story

Many claim to know us. The very same who speak to us but don’t listen or see. Those who stereotype us.  In this world of quick judgments, patient minds are…

Being the preschool teacher that I am, there is a claim that bothers me enormously, and it is confusing the…

For those who still haven't heard of it, American Horror Story is an American series created by Ryan Murphy and…

A lot has been said over the years about the job of a psychologist, and we've developed many stereotypes, from the…