"Dying of Anxiety": Myth or Reality? 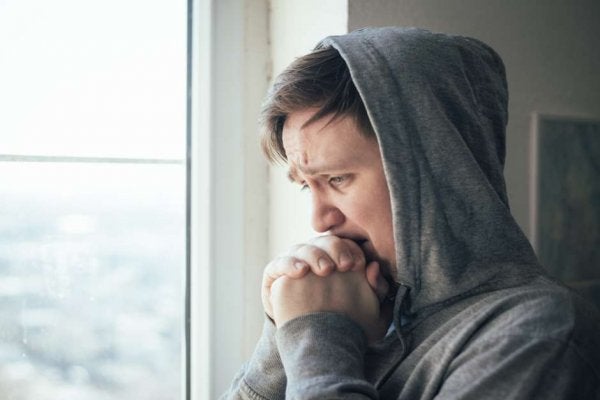 “I can’t take it any more… I think I’m going to have a heart attack…When I’m short of breath I feel like I’m going to die of anxiety.” People with a panic disorder or anxiety say things like that.

Panic disorders include repeated, sudden attacks of fear that last for several minutes. Sometimes the symptoms last longer. These attacks of fear are known as panic attacks.

The attacks can happen at any time and people who get them worry about the possibility of another attack coming. They may get discouraged and feel ashamed as a result of not being able to carry out daily activities like going to the store or driving a car.

“The more attacks I had, the more fear I felt. I was living in fear all the time. I didn’t know when I might have another attack, I was so afraid that I didn’t want to leave the house”.

Panic attacks are characterized by the fear of losing control or of dying of anxiety. Those who suffer from them have powerful physiological reactions that can be so strong that they feel like a heart attack, for example. In fact, one of the most common symptoms of panic disorder is the fear of dying.

But please hear us: nobody has ever died of a panic attack. It is true that the symptoms are unpleasant and alarming, but nobody dies from a panic attack in itself. A very different phenomenon is if a panic attack causes out-of-control behavior (like running out into the road without looking) that could put a person in physical danger.

Panic attacks can happen in the context of any anxiety disorder, as well as other mental disorders. These disorders may be:

Panic attacks can also be the result of certain medical conditions (e.g. heart, respiratory, vestibular or gastrointestinal conditions). As you can see, panic attacks in themselves are not a disorder, but rather a symptom.

What is a panic attack?

A panic attack is the sudden appearance of intense fear or intense anxiety that reaches a peak in a matter of minutes. During this time, four or more of the following symptoms appear:

So, could I die of anxiety?

Anxiety is an emotion that is experienced by all human beings. It is a part of life. And like other emotions, it has a function. It prepares us for things that could be dangerous and so it is activated when we’re faced with the perception of a threat or danger.

In evolutionary terms, it has helped humans survive, preparing us for fight or flight. Anxiety’s purpose is adaptive, protecting us from potential danger. We could think of it as an alarm system that protects us. But, if it protects us, how can it hurt us to such an extent that it could end someone’s life?

Anxiety is not good nor bad; it is just another emotion, like anger or happiness. However, it turns negative or pathological when it gets excessive or uncontrollable.

Pathological anxiety is defined as that which is excessive or disproportionate to the stimulus that causes it. It appears frequently or for a long time and it limits the life of the person who is suffering from it, restricting their ability to adapt to their environment. On its own it cannot kill us, because it is “over-protecting” us from imagined dangers.

If we think of anxiety and its adaptive function, we see that it is necessary. For example, if we hear a loud noise, it is normal to jump and tense up. This would help us run away if something were going to fall on top of us.

If anxiety isn’t bad, why do I feel like I’m going to die?

When your brain perceives a risky situation, whether real or imaginary, it will activate an alarm system that will lead to physiological changes to protect your life. In a panic attack, these changes are experienced as a threat, because the danger isn’t real.

If you were really facing a risky situation, you wouldn’t experience these symptoms as dangerous. You would see them as a normal response to that situation of real danger. For example, if you were in a place that was burning down, you would perceive the danger and your alarm system would be activated. Then the physiological activation would begin, enabling you to run away from the place and save your life.

To do that, you would need your heart to pump faster to send more blood to your extremities. However, your heart is not beating faster due to heart failure, so you’re not going to die of anxiety.

Something similar happens with shortness of breath. No one has ever died of suffocation during a panic attack. Actually, the oxygen in your blood increases as a result of breathing in more. This is what is known as hyperventilation.

So, you don’t need to worry. You won’t die of anxiety. The symptoms are bothersome, but they are not dangerous. Most likely, if you go to the doctor with these symptoms, they will tell you that it is anxiety and there’s no need to worry. If your anxiety is very intense or recurring, they will refer you to a specialist.

How to Control the Symptoms of Panic Attacks
Panic attacks can happen without any warning. Here, we will analyze what the symptoms of panic attacks are and how we can control them. Read more »
Link copied!
Interesting Articles
Wellness
For a Couple, Freedom Fuels the Flame

We as human beings belong to a society that we haven't chosen, a society in which songs say a lot…

Wellness
Every Adult Has an Inner Child

Wellness
The Heartbreaking Process of Falling out of Love

Wellness
I Prefer a Dignified Solitude Over an Incomplete Relationship

We're afraid of solitude, both men and women, but sometimes solitude is not only necessary, but also curative. Being alone means being able…

A person doesn't necessarily have to leave in order not to be there. There are many ways to be late, or not…