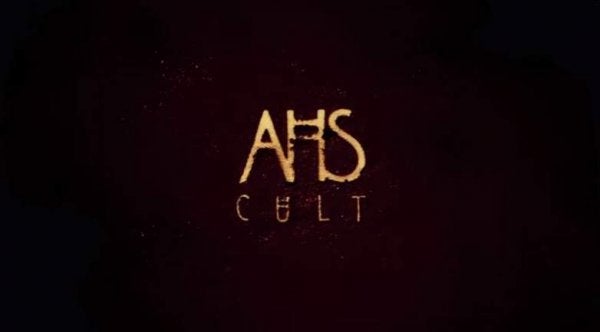 For those who still haven’t heard of it, American Horror Story is an American series created by Ryan Murphy and Brad Falchuk. It is a series that doesn’t follow on from previous seasons. There is always a completely different standalone storyline, and not much reference is made to previous seasons.

However, it is true that there aren’t very many changes in the main cast, especially until its fifth season. The actors are more or less the same and play different roles from one season to the next.

American Horror Story gives some freedom to the viewer, and they can choose in which order they watch the seasons. They can even skip one if it they don’t find it very interesting. But the most loyal followers do watch the complete series. They enjoy following it year after year and discovering all the small connections that exist in the different seasons.

As its name suggests, American Horror Story uses real and fictional stories from American popular culture and makes them into stories full of terror. Up to now they’ve dealt with numerous cultural and historical references such as:

AHS has got us used to witnessing supernatural events, souls seeking revenge, haunted houses etc. But this seventh season has not included anything paranormal. It is clear that Sister Jude (Jessica Lange in Asylum) was not wrong when she uttered that famous quote “all monsters are human”.

In this season, we witness the degradation of humanity, at its most frightening. Everything begins in a charged atmosphere, set on the day of the latest US elections which saw Trump come out victorious and become president. As it turns out, politics will be one of the key themes of the season.

We have been warned that we are facing a very different season. This is the second time the series has been “re-tuned”. The first time was with Freak Show, another season where the paranormal was not too relevant. The trailers are really peculiar as we see references to trypophobia (the fear of clusters of small holes), clowns and Hillary Clinton and Donald Trump masks.

The dangers of fear and manipulation

This is a controversial season, which has drawn much criticism. However, it is also one of the most reflective, where media manipulation is put in the spotlight. In addition, it seems to be trying to show us how our society in some ways resembles a circus of clowns.

Our fears and phobias sometimes become our worst enemy. We see this clearly in the character of Ally (Sarah Paulson). The series starts by focusing on her phobias, trypophobia and coulrophobia (fear of clowns) and how they affect her daily life, her partner and his son. But nothing is what it seems in American Horror Story. As always, there is twist in the story and it takes a totally unexpected turn.

The character of Kai Anderson (Evan Peters) is at the center of the action. At the start, we see him as a very intelligent young man, with a great capacity for manipulation. He has very radical political ideas that lead him to create a kind of sect or cult. Little by little, we discover how this character uses the fears and insecurities of other people to achieve his goals.

“When you are afraid of someone, it is because that someone has been given power over us”

We are witnessing an incredible evolution in the characters. Each and every one of them are experiencing numerous changes as the series continues. Out of these, Kai and Ally’s stories particularly stand out. While one regains their sanity, it seems that the other loses it. When one is vulnerable, the other is strong.

AHS: Cult clearly shows the danger of sects and the influence of their leaders. It represents their personalities really well, and shows how the most insecure and vulnerable people are their favorite victims.

The members of the sect are not called by their real names, but by nicknames. In this way, Kai strips his followers of their own identity.

Everything can take an unexpected turn at any given moment. Any one character, depending on the circumstances, may suddenly become more vulnerable. They are subsequently exposed to manipulation that is very difficult to escape.

The cultic themes have constant allusions to other well-known cult leaders. They include some of the most infamous suicide pacts in history. Jim Jones and his “drinking the Kool-Aid” episode features, as do Marshall Applewhite and his Heaven’s Gate sect and David Koresh, leader of the Davidians..

Out of all the themes  Charles Manson, known by his sect “The Family” stands out. He organized one of the most infamous murders in history. We are talking here about the murder of Sharon Tate, wife of the director Roman Polanski, who was also pregnant. The series recreates her murder and leaves the viewer speechless.

Kai is the narrator of the stories about these well-known leaders, and it is Evan Peters himself who is in charge of interpreting them. Kai sees these people as some of history’s great men and full of great ideas. He idealizes and tries to imitate them, but is also very critical and analyzes the reasons for their failures. Throughout the series he attempts to create an improved image of all these leaders. He is inspired by them, but he tries to better and perfect them.

“Fear will free them from their desires and their ambitions and from their need of shit!”

Kai’s thoughts get inspiration from the leaders’ lives, but also from his own experience. Through flashbacks, we relive critical moments in Kai’s life. We are led to believe that, perhaps, behind this narcissist personality, there was a person who had suffered and who was also a victim. This outline immediately makes us reflect. Each one of us chooses how to face adversity. We all choose how to face our fears and overcome them. In American Horror Story: Cult Kai becomes a highly narcissistic misogynist and treats the women in the cult as totally inferior.

This man-woman rivalry reaches its highest point, and we suddenly see a world which is antagonistic to misogyny. In this world we see the story of Valerie Solanas and her SCUM Manifesto, along with her attempt to assassinate Andy Warhol. There is no lack of violence, which has always been the case, but we are shown a very different perspective. We see the worst of humanity, in order to make us reflect on the manipulation we live with on a daily basis at the hands of the media and our present day political systems. Especially the American one.

“There is nothing more dangerous than a humiliated man”

5 Lessons in Leadership from Game of Thrones
Leadership is something that we all have to put into practice at some point in our lives. It's just as important for bosses and business people as it is for teachers or parents who have to educate their children. Read more »
Link copied!
Interesting Articles
Psychology
You're Stronger than the Envy of Others

Exercising improves our emotional well-being. Putting our bodies in motion makes the brain segregate serotonin, a hormone that's directly related to mood and endorphins (chemical substances that promote the feeling…