The 5 Best Movies about Alzheimer's Disease

Treating sufferers of Alzheimer's disease is a complicated job. Many of the movies that touch on this theme don't really cover the issues thoroughly. However, in these five movies, it's done very well. These movies feature real life stories. 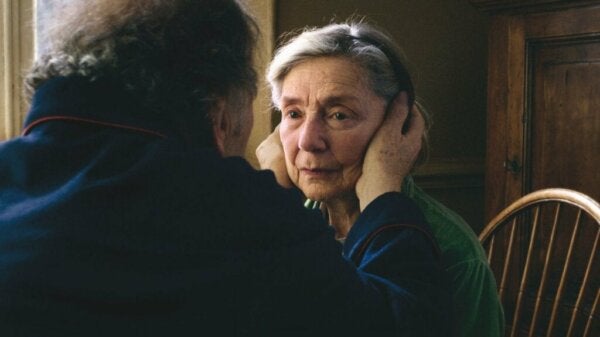 Good movies about Alzheimer’s disease should reflect concern about the reality of this disease. It affects increasingly more people each passing year. Specialists in dementia and diseases involving memory loss point out the importance of honest and realistic accounts about the issues surrounding these disorders. Of course, their opinions differ from many film critics about what a good movie is on the subject and what isn’t.

The film industry generally doesn’t portray Alzheimer’s disease accurately. This can reinforce stereotypes that people have about sufferers. However, some movies do try to address these difficult issues in today’s society. Some have done it with the greatest possible accuracy and respect.

The best movies about Alzheimer’s disease

This list of movies will provide you with an opportunity to learn more about Alzheimer’s disease. You’ll also be able to witness some great acting performances.

Also, most of these movies accurately reflect current information on Alzheimer’s disease, without fueling stigmas. Still, don’t forget that these are fiction movies, not documentaries about Alzheimer’s or dementia.

This movie is an adaptation of the book by Alice Munro, the Canadian Nobel Prize winner. From the beginning of the movie, Fiona (Julie Christie) already has signs of Alzheimer’s disease. You never actually get to meet the normal, healthy Fiona, you only hear her stories and memories.

Julie Christie was nominated for an Oscar for Best Actress for her performance in Away from Her. However, she only won the Golden Globe. The story revolves around the marriage of Fiona and Grant. They’re a couple suffering from the effects of Fiona’s deteriorating memory. These worsening issues with her memory make the couple decide to admit her into an institution, where the center can care for her needs.

After a 30-day separation (recommended by the center), Grant visits Fiona and discovers that his wife has apparently forgotten him. She has developed a close relationship with another man at the facility. Grant initially rejects this change, but later makes personal sacrifices so that his wife can be happy.

With leading actors Judi Dench, Jim Broadbent, and Kate Winslet, Iris recounts the real-life story of British novelist Iris Murdoch and her husband. As you likely know, Alzheimer’s disease causes serious communication problems. This is because it causes sufferers to progressively forget vocabulary and how to articulate.

This particular movie documents this woman’s life. She was a professional writer but she gradually lost her ability to do what she knew best. Seeing a vibrant, intellectual woman becoming a mere shadow of her former self is painful. The movie clearly shows this process of loss.

The movie is very honest about the effects of the disease, both physical and mental. You can almost “feel” the disease. But this movie also helps you to consider everything else that has to do with the condition: the wishes, dreams, and motivations of the sufferer.

A Separation is a masterpiece in every way. It’s related to many important issues such as family, religion, the role of women, Iranian culture, and justice. Alzheimer’s disease is a motivating factor in the whole plot. Director Asghar Farhadi said he built the whole story around the image of a son helping his father to bathe.

Nader and Simin are in the process of going through a divorce. However, they have to make decisions regarding their daughter and Nader’s father, who’s suffering from Alzheimer’s disease.

The movie is a study of family values, dignity, and pride that many will relate to in modern times. The delicacy with which the son treats his father, as well as how he supports him through his illness, provides a model for reflection.

Mija (Jeong-hie Yun) is a 66-year-old woman who’s raising Wook (Lee Da-wit), her teenage grandson. Mija works part-time as a cleaner and cares for a wealthy stroke victim (Kim Hira). One day at the hospital, she sees a body placed in an ambulance. It’s a young woman who was found in the river after committing suicide.

Seeing this depressing scene deeply touches Mija. On impulse, she signs up for a poetry class at the local cultural center and begins to discover a new world of possibilities. This process is quite difficult for Mija since a doctor has told her that her recent memory problems are a result of Alzheimer’s disease.

Mija is greatly disappointed when she learns that her grandson, along with five other teens, had repeatedly raped the girl who had committed suicide. It’s a portrayal of moral beauty and ugliness, which touches the senses. This happens even though you’re  main character won’t retain her memories forever.

This is Michael Haneke’s most sentimental movie. It won the Palme d’Or, an Academy Award for Best Foreign Language Film, several Cesar awards, and various other accolades. Critically acclaimed, it’s an intense story where what matters most is put to the test: love.

It doesn’t specifically deal with Alzheimer’s disease-related dementia, but rather with dementia caused by a stroke. At age 80, Georges and Anne are an educated, cultured couple. Both are retired classical music teachers and have a daughter, also a musician, who lives abroad. They face the greatest challenge to their relationship when Anne suffers from a debilitating stroke.

Although Georges is also suffering from the issues old age brings, he tries to put them aside to take care of his wife. He’s determined to keep his promise to his wife that he would never take her back to the hospital. From that moment on, daily realities put their love for each other to the test. The movie is as tough as it is beautiful, a visual delight that’s well worth watching.

Alzheimer’s: A Silent Enemy
Read more »
Link copied!
Interesting Articles
Cinema, Television, and Psychology
Get Out: A Sublime Mix of Comedy and Horror