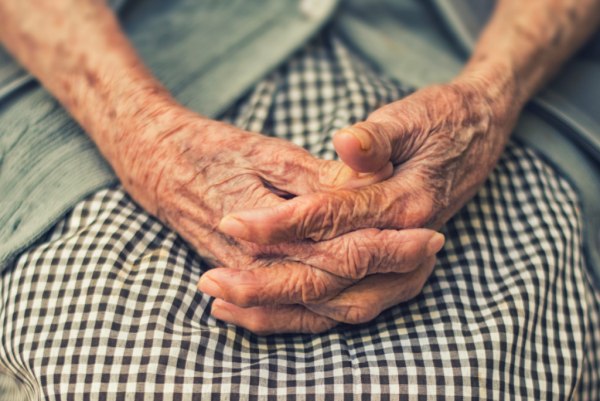 In recent years, life expectancy has gone up considerably: we live longer and better lives. This is clearly positive. However, it also means that health problems that previously didn’t happen have started appearing.

One of these problems is dementia. The passage of time entails, in some cases, cognitive deterioration. It makes it difficult to live alone and do everyday tasks.

In fact, illnesses like dementia are the main cause of dependency in developed countries. So, how does this situation affect the family?

“Dementia is like that moment of doubt in which I do not know if I should trust my eyes or my memory, because both seem capable of committing the same insidious errors.”

Conflicts when a family member has dementia

All families have conflict in their day-to-day lives. Usually, these conflicts are solved, for better or worse, depending on the problem-solving abilities of each family member. But when one member of the family suffers from dementia, arguments and tension may increase.

This is true because dementia involves numerous stressors that did not exist previously. First, there is often a lack of information about the disease. In addition, it’s hard to tell how the disease will progress. This creates uncertainty in the family.

“Dementia eats the thoughts of the patient and, in turn, destroys the feelings of those who love and care for him or her.”

On the other had, caring for someone with dementia can be expensive. Especially since it may require hiring help, paying for membership at a day center, or placing them in a residence for the elderly.

Conflicts may arise because one family is requiring so many resources and time that there’s none left when other family members need help.

Finally, disagreements often come up about how to care for the person with dementia. Not only that, some may also perceive that the right decisions aren’t being made, that they’re being made out of selfishness rather than the best interests of the patient.

Why do these conflicts stick around?

Now that we know the sources of conflict, we need to understand why they go unsolved. Then we can learn how to solve them. Communication problems are the main thing preventing members of the family from finding an alternative that satisfies everyone.

This blockage of communication often causes some some of them to have trouble expressing how they feel and what they think about dementia. They’re afraid to ask for help, and this can lead to arguments.

And then, children or other family members may have had problems in the past with the person who is now sick. This can create guilt and cause some family members to react more aggressively than others.

Finally, children may end up competing to prove that they’re the best caregiver.

What can we do to resolve conflicts?

When a family member has dementia, it’s going to create a complex situation for the entire family. However, it’s possible to minimize conflicts.

To do so, it’s important to modify all the harmful dynamics in the process of caring for someone with dementia.

It’s vital to work on communication. Being able to express our emotions and opinions in relation to the disease will help resolve quarrels.

Furthermore, we should remember that a family who communicates and is cohesive will be better able to support each other.

“He asks for a hand that holds his, a heart that cares for him, and a mind that thinks for him when he cannot do it; someone to protect him on his journey through the dangerous bends and curves of this labyrinth.”

In addition, being flexible to the changing roles and routines when caring for a loved one with dementia means greater support.

Finally, we have to learn to make decisions in a focused manner. All of this will help the family adapt to dementia much better and minimize the suffering this terrible disease causes.

7 Vitamins for a Healthier Brain
In this article, we explore 7 vitamins to cure your brain, and what foods you should eat if you want to work them into your diet. Read more »
Link copied!
Interesting Articles
Conflicts
The Effects of a Transgression in a Relationship