The 3 Principles of Reciprocity

The principles of reciprocity tell us that giving should always be genuine, spontaneous, and rooted in human kindness. It's a "you scratch my back I'll scratch yours" because I feel compelled to do it. No one is making me, but I'll repay you in kind for everything you do for me. 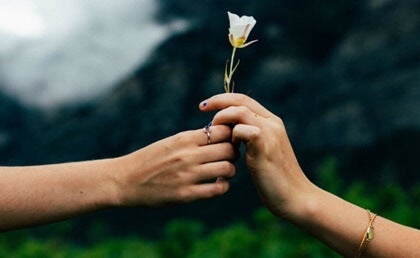 One of the principles of reciprocity suggests that people have a sixth sense, that we can tell the difference between altruism and selfishness. They say we’re especially good at telling when someone is doing something out of sheer self-interest, not from a place of love or respect. True reciprocity should always come from a place of kindness and it should be spontaneous. Today, we’ll talk about the principles of reciprocity and why it’s important.

This subject is as interesting as it is complex. We know, for example, that spirituality has a long history with this essence of what it means to be human. It’s worth noting, however, that reciprocity is a very important term in marketing and publicity as well.

Here’s an example. Many companies create loyalty programs for their customers. They do it to foster an emotional link with their client and reward them with benefits or gifts, ranging from free MBs to gifts or benefits.

The idea is that getting a gift “for no reason” always makes a positive impression on a person. It fosters this brand loyalty, which makes the client more likely to continue to pay one company over the other. You might find it surprising that reciprocity is significant for many of your social relationships.

What we’re really interested in today, however, is the anatomy of reciprocity in human relationships. Let’s take a look at its main characteristics.

The three principles of reciprocity

One of the foremost experts in the principles of reciprocity is Robert Cialdini. The University of Arizona psychology professor wrote a book called Influence: Science and Practice. In it, he talked about the foundations of human society, those traits that ennoble us and bring out the best in each and every one of us.

The most interesting chapter is the one about reciprocity. Cialdini reminds his readers of there’ll always be those who use reciprocity to manipulate you. In other words, the fact that a person or company (for example, a telephone company) gives you something doesn’t mean they’re just doing it to be nice. When money is at stake, someone usually has a vested interest in the issue. That’s why it’s so important to understand what genuine reciprocity looks like, the kind that comes from kindness and consideration.

“The truly gifted negotiator, then, is one whose initial position is exaggerated enough to allow for a series of concessions that will yield a desirable final offer from the opponent, yet is not so outlandish as to be seen as illegitimate from the start.”

The Code of Hammurabi, a set of Babolynian laws from ancient Mesopotamia, also specify certain principles of morality. These say that if someone does you a favor, you should do one back. You could say that this definition is the oldest we have so far about what reciprocity is.

Nevertheless, it’s worth noting that this term is much more than just an “I’ll scratch your back, you scratch mine”. The truth is that it’s a combination of the following concepts:

2. The power of emotional imprinting: returning the favor because you feel grateful and inspired

In the beginning, we mentioned that most people have a sixth sense when it comes to the reason people do things. This moral compass is the one that often activates the principle of reciprocity.

For example, imagine that you have problems at work today and you have to stay an hour longer. Suddenly, a coworker you’ve never spoken to before chooses to help in that situation. They work with you and, thanks to them, you’re able to solve the problem.

This leaves an emotional imprint on you. You’re aware that their action was voluntary and kind. That leads us to our second principle of reciprocity, which is that the deeper the emotional imprint, the more motivated you are to return the favor. When you find the right time to do it, it comes from the heart. You aren’t expecting anything in return.

3. Principles of reciprocity: don’t measure what you receive and adjust what you give accordingly

Another important principle is that you shouldn’t be measuring what you receive to calculate how much you should give. For better or for worse, we live in a society where we carefully examine every offer (even from close friends) so we don’t end up giving more than we’re getting.

Not only that, but you may become angry when other people don’t treat you like you treat them. You would expect at least those around you to reciprocate in that way. When that doesn’t happen, you feel hurt and angry.

That’s the wrong approach and will only cause you pain. Reciprocity isn’t about suffering. Nor is it about keeping track of what you receive and what you give away to make sure it’s equal. If that’s your attitude, you’re leaning more towards selfishness than reciprocity. Food for thought.

Robert Cialdini and the 6 Principles of Persuasion
Robert Cialdini is a renowned psychologist and researcher who wrote a hugely influential book called Influence: The Psychology of Persuasion. Read more »
Link copied!
Interesting Articles
Break-up and Divorce
Why Is Grieving Over Toxic Relationships More Difficult?

Conflicting viewpoints, habits, behaviors, and routines can affect a couple. Over time, your relationship can end up in a crisis.…