Solving Problems: Why Do We Always Do Things the Same Way?

When you have a problem, have you noticed how you often apply the same solutions over and over again, even if the results aren't effective? Why do we do this? More importantly, how can we stop doing it? 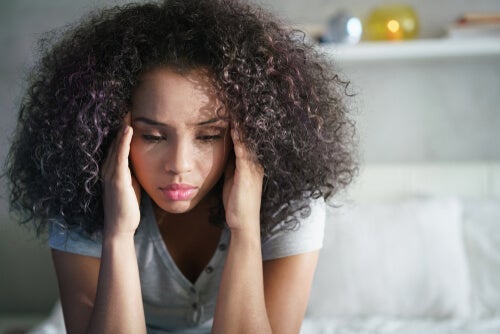 Problems are, naturally, one of the greatest concerns in life. Life isn’t easy and is hindered by the difficulties that pop up frequently in your daily life. It’s even worse when these difficulties turn into real problems. Thus, what are the best methods for solving problems? Read on to find out!

Problems stagnate and block your natural evolution and impede your growth. This is especially the case when they’re not resolved. People end up living with them, and their whole lives end up revolving around the control that these problems exert on them.

When difficulties turn into problems on a constant basis, then this shows that it’s the result of repeated failed attempts to solve them. These attempts at problem-solving can also aggravate things because they also become a problem! The more you try to solve them, the more you experience the same end result. Consequently, the more entrenched the problem becomes in your life.

Solving problems: what to do?

Attempts at solving problems are a series of actions and interactions with which you hope to resolve the difficulties you’re experiencing. These actions are the typical mechanisms that a person resorts to when faced with an obstacle.

In general, human beings don’t exploit their creativity when trying to solve problems. The conceptual frameworks we have, which are governed by rational logic (and there are many situations when logic is ineffective), have a very narrow repertoire. They don’t vary very much in qualitative terms.

However, as a human being, you tend to do more in the quantitative realm. You tend to do the same things over and over again, even if the results don’t achieve the desired effect and end in failure. Here are some examples:

As you can see, these attempts at solving problems are simply self-fulfilling prophecies. People spend so much time and effort on trying to avoid a situation but they just end up helping it grow.

Why do people just do the same things over and over again?

What are the reasons why you continue to apply the same formulas, despite their ineffectiveness? Why do you keep trying to solve the problem the same way even though you only achieve the opposite of what you wanted?

The answers are in your mind, and in the way you process information. The processes and mechanisms that you’ll often use are based on:

These components provide a way of approaching problems, analyzing them, and applying formulas to resolve them.

Generally, what you’ll do is apply memorized solutions and repeat them again and again, continually applying repetitive schemes. This rigidity in mental schemes shapes human beings’ cognitive models. You’re a prisoner of these models if you aren’t able to exercise creativity and go beyond these limits in your mental boundaries.

The left, rational, and logical hemisphere is the one that predominates when you analyze the situation to find a probable solution. On the other hand, the right hemisphere is the more creative and emotional one, and your brain will automatically relegate it at the exact time when you need it the most.

Thinking outside the box

You can see this problem clearly in logical problems such as the nine dots problem. This is a simple problem that’s difficult to learn, but it’s a clear example of failed attempts at solving problems.

You place nine dots as shown in the example below, and you need to join them all without lifting your pencil, and by using only four straight lines.

When you analyze the figure and look at the pattern and the nine dots, then it’s impossible not to see the square. This is due to the Gestalt law of proximity, which states that a succession of points forms a straight line.

So, in a way, you’re trapped inside that grid. Any attempts to solve the problem are limited to the perimeter of the square, and not the other points.

In order to solve this problem, you have to go beyond the illusion of the perimeter square, because that’s exactly what it is: an illusion. The lines that you need to draw to solve the problem must go beyond the limits of the imaginary square.

The square you can see isn’t just a square, but it’s also a metaphor for your own “square” way of seeing things; the rigid ideas that don’t allow you to step away from your normal methods of processing information.

The need for creativity

Going beyond the “mental square” requires creativity. Here, the theory of the two hemispheres is a useful one. The square represents your left hemisphere, the rational mathematical part. However, the right hemisphere (represented here by the lines that go beyond the perimeter of the square) is more emotional. This is the side that’ll help you find the creative solution.

Your brain systematizes not only contents but also processes or ways of processing information. However, your brain is so full of rational logic that it continually applies formulas to your problems and doesn’t take into account that human problems are mainly governed by emotions.

It’s true that human beings are “creatures of habit”, and we all apply the same formulas again and again, despite always obtaining the opposite results to the ones we want. Then, we’ll tend to question the results and not the principles that got us there.

When experts investigate the reasons why, as humans, we keep on trying to solve problems the same way and systematize our mental operations, they have found that this way of doing things provides some form of momentary relief.

Your surroundings influence you

Here’s an example. A lady is feeling down, and she’s trying to understand the reason for her sadness. She then looks outside, sees a gray rainy day and directly attributes this to the cause of her distress. It’s clear that this doesn’t help her state of mind in any way but, by “blaming” the rainy day for her sadness, it gives her temporary peace of mind.

Many methods are doomed to fail

Attempts at solving problems don’t always refer to personal initiatives. When a person continually fails to solve their problems, after years of systematizing the same process, they then become more and more vulnerable and more dependent on their immediate surroundings. They’ll depend on these elements to search for the answers that could help them improve and find better solutions.

As well as these personal attempts, there are also professional attempts in which people ask different experts to assist them in finding a solution.

Finally, the people who are closest to you (neighbors, friends, family, etc.) also try to help you solve your problems. They often try to give you “useful” advice, which turns out to be quite useless. They’ll tend to try to motivate and encourage you to keep going, but the answers they give are completely ineffective. Either that, or they’re just guided by the things that they can see are happening to you (without thinking outside the box).

Solving problems: you can do it!

Many of them will whip you up, saying things such as “You can do it!” However, what happens here is that, apart from not finding a solution for your problem, you feel trapped between your own mind demanding that things should go well and those around you saying “You can do it”. A situation like this will only create more anxiety for you, and that won’t help you to resolve your problems.

If you continue doing this, you’ll achieve little in the way of a solution. Here’s a soccer analogy to explain what we mean. Imagine you’re in the middle of a soccer match. You feel that you’re going to lose the match. All the players are just running around in a desperate attempt to get the ball. This, however, is a totally negative way of doing things. What can you do, then?

We recommend the following: take the ball with your foot, hold it there, control it, stop, and raise your head to see what direction you want to go in. You may decide to pass the ball to someone who’s more able to do something or you may decide to take a shot yourself. Any option is a good one, as long as you don’t keep on following the ineffective ones.

If You Do More of the Same Thing, Don’t Expect Different Results
Read more »
Link copied!
Interesting Articles
Personal Development
You're Responsible for Yourself and that Makes You Free

You're responsible for yourself. You must own up to the consequences of your actions and decisions at every moment. Only…

Personal Development
Why Are We Frightened By Silence?

Personal Development
Seeing Beyond What's There