That Bully at School Can Turn Into a Violent, Narcissistic Adult

A bully lacks empathy and is unaware of the adverse emotions and low self-esteem that dwells within. It's safe to say that chances are high for a childhood bully to continue being a bully during adulthood. 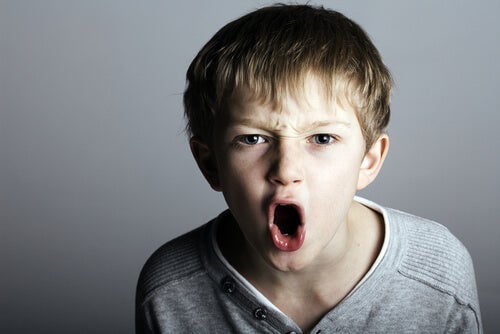 A bully, meaning a child who isn’t set limits or educated in respect and empathy, can become a mean narcissistic adult tomorrow. As a matter of fact, those children who like to bully others at school (or any other place, for that matter) will continue to do so in the future to gain power over others and boost their self-esteem. This is a social reality with great impact. Let’s delve deeper into this topic.

Oftentimes, people like to say that bullying is a monster that has a child’s face. However, something that isn’t always taken into account is the imprint that this type of harmful behavior can have after a few decades. We know that life isn’t easy for bullying victims. Undoubtedly, these experiences leave an indelible mark that, in many cases, turns into trauma.

The social drama is immense. But what happens to the bully? What about that teenager skilled in physical, psychological, verbal, and even cyberbullying? The high school bully, that boy or girl to whom no one set limits during their childhood, may develop quite a dangerous personality in the near future.

A bully is a reflection of today’s society

When you think about it, you may realize that a bully represents, in a way, the failure of our current society. Although the term “bullying” emerged in the 1980s, in reality, school violence has always been a thing. However, today, we have more means to exert such intimidation. Different factors, such as new technologies, intensify and make it easier for a bully to display their aggressiveness.

When thinking of the origin of this type of dynamic, based on harassment and violence between equals in schools, we must point out that we’re facing a multifactorial reality. It refers to upbringing, family education, parental models, and the normalization of violence. Additionally, the educational centers have all to do with it as well; perhaps they haven’t installed effective prevention mechanisms with tools for action. We’re also talking about those students who watch bullying take place and do nothing about it.

We could talk about many more triggers but there’s also another interesting aspect to mention here. What do we do about the bully? That’s also where we fail as a society once again. That classic strategy of focusing on punishing the bully and supporting the bullied falls short. We need greater strategies, better approaches, and more practical sensitivities for both the victim and the perpetrator of violence.

Failure to do it well, or simply leaving the bullied aside and forget about the event, can have significant consequences.

That bully at school can turn into a violent, narcissistic adult

Now, when we talk about a bully, we don’t necessarily mean a boy, girls can also play a huge part in this. While some act alone, others act in groups. In fact, most of the time, a bully has the support of a close group and also a law of silence from those who witness the abuse and say nothing. Whatever the case is, the center of power falls on an individual who points to a very specific profile from early on.

Is a bully a future narcissist?

In 2013, Holly M. Baughman Sylvia Dearing, Ph.D. from the Department of Psychology at the Western University, Canada, made a striking discovery. In many cases, an infant bully ends up outlining in adulthood what’s known as the dark triad. What does this mean?

The dark triad refers to those personality patterns where someone scores high in three very specific dimensions: narcissism, Machiavellianism, and psychopathy. Let’s see the most characteristic factors or traits that appear in these adult ages.

Our society often defines itself as mature, empathetic, judicious, and balanced. However, you just have to scratch the surface a bit and go to more private settings to see that this isn’t always the case. The data tells us that bullies are getting younger and more aggressive by the day.

As of now, it’s common to find a seven-year-old who bullies their classmates. When they reach adolescence, a good part of those who weren’t bullies would become accomplices, they like to simply observe, laugh, silence, and share the suffering of the victims. By the time they reach adulthood, these behaviors and personality patterns would become completely normalized.

Everyone is responsible for who they choose to become. A bully may tomorrow be a narcissistic manager of a big business. They may also be your partner or even that neighbor who mistreats their family in their home.

This is an important topic to bring awareness to. Let’s be more conscious of this reality because, if bullying has the face of a child today, tomorrow it may be an adult who learned to use violence as a way of life and doesn’t know many different.

Bullying: The Worst Part is They Should’ve Known
Abusers don't see how bullying can affect someone so much to the point they'd want to take their own life, but they should've known. Learn more with us! Read more »
Link copied!
Interesting Articles
Personality Psychology
How Does an Aggressor's Personality Develop?