The Tetris Effect: What Is It?

If you've never heard of the Tetris effect, you have to read this article. It's a completely fascinating psychological effect that can teach you a lot about how the human brain works. 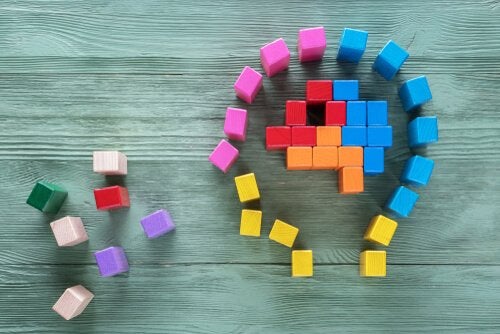 The things we do every day have the power to change the way we think. The more time you spend on something, the more it shapes the way you see the world, and there are cases where that influence is huge. One example of this is the Tetris effect.

The Tetris effect got its name from the popular video game that consists of placing various different-shaped blocks in a way that there are no spaces between them. It’s one of the most addictive video games of all time. Adults, children, and people of all ages have spent hundreds of hours playing it. Some studies say it can even change the way you think.

Keep on reading to learn what exactly the Tetris effect is. It’s not dangerous in any way, but it can tell us a lot about the way the human mind works. Learning more about it will also help you understand why it’s so powerful.

What exactly is the Tetris effect?

Tetris is one of the most widely-studied video games in psychology. The way it’s designed has helped us learn more about certain kinds of memory, along with attention and information processing. But one of the most fascinating things about it is the effect it has on the way you see the world.

Several studies have shown that playing Tetris for a long time can influence your thought processes, mental images, and dreams. From what they could tell, the people who were most influenced by it were the ones who spent the most time playing it. They started to see the world through the lens of this video game.

Frequent Tetris players found themselves thinking about how they could fit objects in the real world together. For example, they tried to find ways to better organize grocery store shelves or visualize how various buildings would look if they were all stuck together. Some even had hallucinations where they saw Tetris blocks falling from the sky.

For other people, the Tetris effect meant they saw the blocks in their dreams or as hypnagogic hallucinations. None of these symptoms caused them major problems, but the researchers found it completely fascinating that a simple game could have such a big effect on perception.

What causes the Tetris effect?

Some psychologists think it’s just a matter of habit. Some people spend hours and hours playing the game, so their mind starts to perceive the world through the lens of the game. If that’s the case, then it’s basically just a specific kind of procedural memory.

But some studies used brain scans and found that Tetris has a direct effect on the configuration of our brains. For example, a 1994 study by Okagaki and French showed that playing twelve 30-minute sessions could make a person’s gray matter denser.

That part of our brains is directly linked to intelligence, cognitive flexibility, and many other abilities. This made the researchers conclude that playing Tetris could actually improve a person’s mental skills. If you look at it that way, it could actually be a positive thing.

Other cases of the Tetris effect

This change in the way we think and perceive the world doesn’t just happen with Tetris. Many different activities can have this effect on our brains.

For example, solving a Rubik’s cube as fast as you can (also known as speedcubing) and using programming language can influence your visual perception and how you use logic. The same thing goes for math. Once you learn advanced math, it can change the way you understand reality.

This effect can also affect other senses. For example, what’s known as “sea legs” (the feeling you get when you stand on land after being on a boat for a while) is also like the Tetris effect.

Although this topic hasn’t been exhaustively researched yet, it has already changed our understanding of our brain’s true potential.

The Sleeper Effect: The Influence of The Passage of Time
The sleeper effect makes messages influence us over time. Forgetting who the persuader was is a very common phenomenom. Find out what it consists of here! Read more »
Link copied!
Interesting Articles
Psychology
The Best Way to Show Gratitude is to Value What You Have

We're always in such a hurry that we often forget to take care of ourselves. The hectic pace of life,…

Psychology
The Body Language of an Inferiority Complex

You don't always need words to express yourself. Your body language and facial expressions constantly communicate with those around you.…

Psychology
Listen Up, Teachers! It's Not All About The Syllabus!

Surely we've all had teachers who manage to antagonize and get into arguments with their students. It's an attitude that leaves…

Psychology
How Stress Affects Our Health

In modern times, stress-free living seems like a utopia. While certain stress levels are adaptive responses to circumstances and are considered normal, chronic or intense stress is a state of activation of…