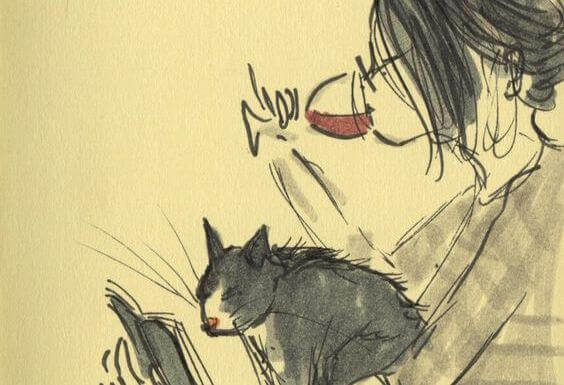 Maybe it’s due to maturity, age, or even resignation, but at some point, everyone realizes that some arguments aren’t worth it. At that point, people prefer to opt for silence and smile, without fully giving in. They understand that there’s no point giving explanations to someone who doesn’t want to understand.

It’s often said that arguing is an art where everybody can say words, but nobody can make the final judgment. But in reality, the problem goes much further than that. Sometimes arguments are like a musical score where the music is has no tune. People don’t always listen, and everybody wants to be the lead singer. And it can be exhausting.

Some arguments are lost battles before they even start. Perhaps due to time, or perhaps due to simple exhaustion, there are things that I just don’t want to talk about anymore.

The good thing is that psychology and philosophy have taught us certain strategies to come away from any argument lighthearted. Good arguments include the use of heuristics and proper emotional management. But what if what you’re really looking for is to avoid certain arguments that you feel you’ve already lost before they even started?

Let’s think about it.

Maturity isn’t dependent on age, but rather on arriving at that personal stage where you don’t want to deceive yourself anymore. Where you start to fight for an internal balance, watch your words, respect what you hear, and reflect on everything you choose to keep silent. This is when you become aware of what deserves your effort and what you should distance yourself from.

For example, say your relationship with a close family member was complicated a few years ago, such that having a simple conversation was like falling without a parachute into an abyss of stress, arguments, and negativity. Now, however, all that has changed, and it’s not because your relationship has improved, but because you’ve accepted each other’s differences. You’ve opted for respectful silence, without letting them win or giving into them.

Eran Halperin is an Israeli psychologist who specializes in arguments and conflict resolution in the field of politics. But his theories can be applied to everyday life. As he explains, complicated and heated arguments involve “threats” as a psychological component, the sensation that somebody is trying to hurt you or your principles.

Maturity also involves having the inner confidence to consider that certain people and their arguments are not a threat to you. Somebody who might have unnerved you before with their words doesn’t make you afraid or angry anymore. Respect, acceptance of the other person, and self-esteem are your best allies.

I Am Responsible For What I Say, Not What You Understand

The art of arguing intelligently

You know that there are certain arguments you won’t lose your cool or energy over. But you also know that life is all about negotiating almost every day so you can coexist in harmony, maintain your relationships, achieve your goals at work, and even reach agreements with your own children. Arguments are not exempt from any of these areas of life.

Learning to hear is natural, but learning to listen is vital.

The art of arguing intelligently without any side effects requires not only a good strategy, but also proper emotional management, which we should all know how to do.

One of the main things to keep in mind is that arguments don’t always need to end with a winner. The art of arguing effectively requires having the subtle wisdom to allow both parties to meet in the middle, to reach some sort of understanding. This can only be achieved in the following way:

Because arguments that are worth having are the ones that allow you to arrive at an agreement where you can coexist together in a balanced and happy way.

Link copied!
Interesting Articles
Psychology
Change It if You Can. If Not, Go with the Flow

Psychology
What's the Difference between Sincerity and Sincericide?

Is it always good to tell the truth? Do we really value it when people are sincere? When is…

As a society, we can't and shouldn't stop looking towards the future, and the world that subsequent generations will create.…

Psychology
The Little Emperor Syndrome, or The Child Tyrant

It is increasingly common to see young children challenging, defying and mocking their parents or other authority figures. The concerning…