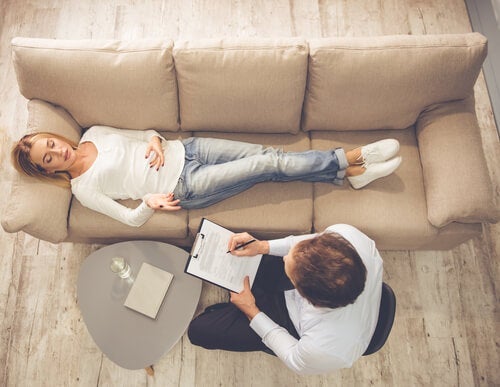 Systematic desensitization and exposure are two tools psychologists use a lot. Usually, people consider them useful for putting someone in contact with the stimulus they feel fear or anxiety toward. This should reduce the fear or anxiety.

Thus, they can be very useful techniques for treating anxiety disorders. They work particularly well on phobias. Experts have also successfully used them on mood disorders and obsessive-compulsive disorder (OCD).

As anxiety is an almost constant emotion in any mental disorder. While they each may have their limitations, one may be able to cover the shortcomings of the other. Some examples are the abandonment problem or the refusal to expose oneself during an exposure session with response prevention.

Thus, experts believe that systematic desensitization and exposure are excellent techniques for eliminating fear. They accomplish this through the fear itself.

The goal for both SD and exposure is for a person to stop fearing a specific stimulus. This could be anything from a fear of snakes to a fear of public speaking. Also, it could be something such as anxious thoughts about the future. Whatever it may be, therapists want to help the patients so these stimuli stop bothering them.

Systematic desensitization (SD) basically tries to create an association between a stimulus and a response. This stimulus would have previously caused an anxiety response in the subject. The response should be one that’s incompatible with that anxiety. As such, they’re trying to achieve “counterconditioning” that breaks the link with the stimulus.

Exposure, or exposure and response prevention (ERP), aims to stop the person’s avoidance or escape when they’re faced with the phobic or anxiety-provoking stimulus. This way, the behaviors that always arise as coping behaviors disappear. Thus, they stop sustaining the anxiety that emanates from them, which may make it go away completely.

How are SD and ERP different?

Many people believe that the major difference between these two is the way therapists apply them. However, there are certainly deeper differences.

For example, in SD, as we stated before, the therapist tries to get a counterconditioning process to take root. That process includes relaxation techniques. If the person shows signs of anxiety when the therapist presents them with a stimulus, the first step is to stop and try to get them to relax. After that, they can present the stimulus to them again. Regardless, aren’t the processes inherent to the techniques basically the same? Isn’t SD just exposure with relaxation techniques?

What is true is that what differentiates the two techniques is the learning process. In the case of SD, there is, as we mentioned above, a counterconditioning process. The mechanism for ERP is extinction.

The Van Egeren model is the solution

Van Egerren (1970) presented four phenomena in relation to the two dimensions. These are reciprocal inhibition and length of time.

Anxiety levels toward an anxiety-causing stimulus fall into one of four types. However, the learning process inherent in the four of them are different. In fact, there are long-term learning processes in two of them. The rest produce psychophysiological (short-term) effects.

Reciprocal inhibition refers to the use of elements that are incompatible with feelings of anxiety. Some examples are relaxation or breathing-control techniques. This is a component of SD but not of ERP.

Thus, Van Egeren argued that a stimuli can stop causing anxiety or phobia through the processes of:

Some people try to differentiate between systematic desensitization and exposure with the argument that the first is Pavlovian and the second is operant.

When we say something is “Pavlovian,” we mean that SD is based on conditioned stimuli. One example of a CS could be a car, with the conditioned response (CR) being anxiety about a possible accident. In this case, neither reinforcement nor punishment sustains the behavior.

Nevertheless, ERP can also deal with Pavlovian stimuli as well as operant ones. It’s useful for operant stimuli because the EPR involves avoiding any sort of response that reinforces anxiety.

For example, when someone who’s afraid of taking the bus avoids it, they’re reinforcing the anxiety the bus is creating. Generally in ERP, the therapist tries to prevent the person from avoiding it. They should get on it so as to not reinforce the opposite behavior.

Exposure can take the form of a CS or CR. In the previous example, you can expose a person to a car without any reciprocal inhibition or relaxation. Then, they may see for themselves that no accident takes place.

What technique should you use?

SD, on the other hand, has found support for the treatment of phobias or disorders where anxiety is a central component. Some examples of this are eating disorders, sexual dysfunctions, insomnia, and alcoholism. Many also recommend it for reducing the fear and tension some asthmatics feel about their attacks.

SD is also useful when live exposure or ERP are very difficult to achieve. One example is when someone’s anxiety level is so high that they can’t even go through exposure sessions. In this case, some experts recommend relaxation techniques. Another case might be where the situation is difficult to reenact in a controlled setting, such as a fear of flying.

Some writers, on the other hand, believe that systemic desensitization also includes processes of extinction and not of counterconditioning. These suggest that any technique that causes subjects to expose themselves to fear stimuli in the absence of aversive fears can be as helpful as SD to eliminate fear responses.

What’s the Mere Exposure Effect?
Has it ever occurred to you that you started liking that song you used to hate because you listened to it repeatedly? It might be the mere-exposure effect. Read more »
Link copied!
Interesting Articles
Therapies
19 Types of Psychological Therapies

Psychotherapy is a very new branch of psychology. In fact, it didn't really even exist until the last quarter of…