The media can be used to manipulate the public. But what kind of psychological strategies are used to do so? Discover it here! 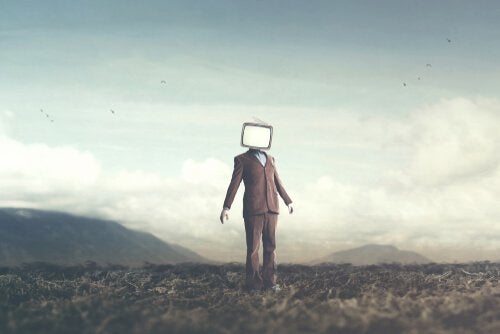 The media can shape public opinion. The news media has helped create or destroy social movements, hidden financial crises, and even fanned the flames of ideological trends. There are many different studies and theories on the influence of the media. One of them, which is known as media manipulation strategies, came from French author Sylvain Timsit.

People often mistakenly credit Noam Chomsky for this idea, but Timsit is the original author. His intention was to show how the media uses psychosocial tools to distract the public from what really matters. The media manipulates public opinion by playing down the real problems. The goal of this is to make society more submissive and less critical.

1. The strategy of distraction

This is one of the most basic elements of media manipulation. Distraction is when the media tries to redirect public attention away from important issues.

The media bombards the public with continuous distraction and information about superficial things so they won’t be interested in essential questions about politics, culture, the economy, or social issues. The idea is to keep people’s gaze far away from real issues and draw them towards things that don’t really matter. This way, the public will stay focused on trivialities and won’t have space or time to think.

This strategy consists of creating a problem that will make the public react in a certain way and then accept or even ask for a “solution” that the government wanted to impose from the very beginning. For example, creating an economic crisis so the public will accept an infringement on their labor rights or decreased job security as “necessary evils”. Another example is letting urban violence happen or intensify so that people will demand more repressive policies.

The goal here is to get the public to accept measures that seem unacceptable all at once by introducing them little by little. This can happen even over the course of several years. Some people believe that this is how radical socioeconomic strategies such as neoliberalism were imposed during the 1980s and 1990s. Slowly but surely, more and more industries were privatized and job security was decreased.

Another way to get people to accept an unpopular idea is to present it as something painful but necessary that will happen in the future. It’s a lot easier for people to accept a future sacrifice than an immediate one because they won’t be affected in the here and now. This gives the masses more time to get used to the idea of change and grudgingly accept it when the time comes.

5. Speaking down to the public

Most publicity uses childish speech, arguments, characters, and intonations. It’s as if the viewers weren’t mature enough or didn’t have the ability to understand certain ideas. That way, when the media tries to deceive the public, the viewer might respond in an even more childish manner.

Triggering people’s emotional sides is a classic strategy to deter them from rationally analyzing situations. In addition, appealing to people’s emotions is manipulating their instinctive behavior, which is usually based on desire or fear.

7. Keeping people in the dark

Another media manipulation strategy is to make sure that the public is incapable of understanding the technology used to control them. To do this, the powers that be might make budget cuts in education, scholarships, high-expense master’s degrees, difficult career paths, etc.

8. Get the public to accept mediocrity

The idea here is to promote the belief that it’s good to be an uneducated, unintellectual person. You can see plenty of examples of this on TV shows.

This strategy consists of making individuals believe that they’re the only ones to blame for their misfortune. Things are going badly for them because they aren’t intelligent, don’t have a lot of skills, or aren’t working hard enough. This way, people will blame themselves instead of rebelling against the system.

10. Know individuals better than they know themselves

This last strategy is based on developing a system that allows authorities to know individuals better than they know themselves. That can be achieved by using biology, neuroscience, and psychology. This strategy is very effective for controlling the masses.

In conclusion, knowing about these media manipulation strategies will allow us to decide how much we’ll let the media influence us or how we’ll react when we identify them.

Victim Blaming Manipulation, A Form of Psychological Violence
One of the signs that indicates that a person is has suffered from victim blaming is that they constantly apologize for everything.  Read more »
Link copied!
Interesting Articles
Psychology
We Know What We Are, But Not What We May Be

I look around and I see people without dreams or hopes, stuck in exhausting life situations that don't make them happy... …

Psychology
Is it Possible to Change Your Personality?

We've all probably wanted to change certain parts of our personality at some point. There are many reasons for that, but…