4 Different Attitudes for Thinking About the Future 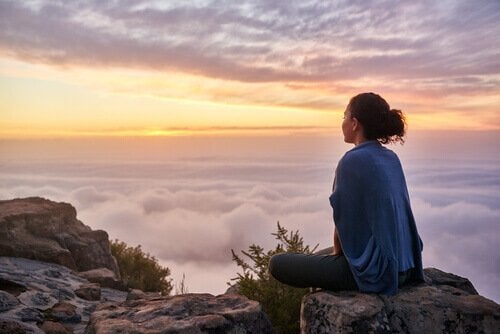 Normally, the unknown generates fear, anxiety, and uncertainty. The future, that great stranger, produces these sensations when we think about it. But the future isn’t all bleak. We can do things to improve it. Although we can’t predict it, we’ll always have the possibility of showing a certain attitude which will help us feel prepared when facing it.

Broadly speaking, we can adopt four attitudes toward the future. Although they’ve been mostly used to determine leaders’ attitudes, they’re applicable to any context:

The ostrich and passivity

This attitude is considered negative because it implies not being prepared in the face of what may happen. However, it’s not always bad. Doing nothing is a valid strategy that, at times, can be very effective. However, this attitude is also very risky. If the future requires us to change, we can miss out on many opportunities if we imitate ostriches.

The fireman and reactivity

In general, firefighters only act when there’s a fire. In other words, when it’s too late to be able to prevent the fire. This attitude toward the future is less passive than the first one we mentioned. It consists of waiting for the fire to happen before putting it out. Waiting for problems to happen before solving them is a very risky attitude because, in some cases, it may be too late.

Reactive people tend to act on stimuli without thinking (action-reaction). Although these strategies are effective in some cases, especially when there’s little time, hasty reactions usually make us make more mistakes.

The insurer and pre-activity

Insurers sell insurance, which puts a price on the possessions we have. In case something happens to them, we can recover their economic value. This attitude toward the future goes a step beyond the firefighter’s attitude. It tries to prevent something from happening and ensures that, if it does happen, at least not all will be lost.

The insurer’s attitude is considered pre-active. It consists of anticipating what can happen before it happens. Although it’s better to be prepared for what may happen, this attitude also has a negative aspect. Fear can lead us to be too pre-active, insuring everything for a high cost when the chances of something negative happening are very low.

The conspirator and proactivity

Conspirators are always alert. Any sign leads them to distrust people. This attitude toward the future is called proactivity. It’s based on acting before something happens.

Different attitudes for thinking about the future

After seeing all the attitudes for thinking about the future, the normal thing is to lean toward the last two. Choose to have the pre-active surveillance of an insurer with the proactivity of a conspirator. That is, have an attitude aimed at anticipating future threats and the opportunities that appear on the horizon in order to correct your path without having to give up on your goals.

Don’t Miss Out on the Present by Dwelling on the Future
If you focus your sights on the present instead of dwelling on an uncertain future, you'll feel things that you wouldn't otherwise be able to feel. Read more »
Link copied!
Interesting Articles
Wellness
There is No Lack of Time, Just Lack of Interest

People say that there is no such thing as a lack of time, but rather a lack of interest. When…

Wellness
How Jealousy Can Make You Lose Your Mind

Jealousy is an emotion that comes out of an excessive desire to be the exclusive owner of something. We usually…

Wellness
Fall in Love with My Dark Side

Anyone can fall in love with my virtues, with the parts of me that shine. But up until now, nobody has had…

Wellness
Emotional Awareness: What Is It and Why Do We Need It?

Emotional awareness is like an awakening of our emotional intelligence. It's the first step where we identify and define our moods…

Wellness
Yelling As Communication: Common in Many Families

Yelling overexcites our brain, puts us on alert and attacks the subtle balance of our emotions. Unfortunately, yelling as communication…