Susto or Espanto: When the Soul Leaves the Body

Depending on where you grew up, you may be familiar with the concept of susto, which is when your soul leaves your body. Other people have never heard of or experienced susto. The DSM-5 includes susto in its categorization of cultural concepts of distress. Susto is a fascinating phenomenon and deserves further study. Read on to find out more about it! 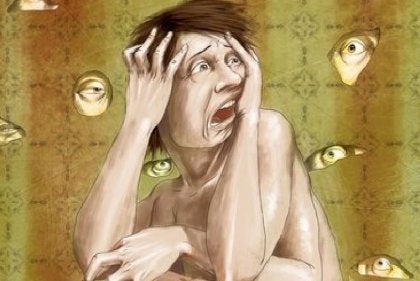 The people of some cultures believe that, under certain circumstances, your soul can leave your body. The cause of this separation is susto or espanto. Although the word susto in Spanish literally means “fright” or “scare”, the concept of susto in certain Latin American cultures is more complex. Susto causes an unpleasant sensation that’s somewhere between fear and surprise. It comes on suddenly and makes your heart pound in your chest.

Depending on where you grew up, you may or may not be familiar with this idea. However, you probably know the sensations you feel when you believe you’re in danger or something is threatening you. Sometimes the danger is real, and sometimes it’s just your perception. The power of suggestion can also be an underlining factor.

Nevertheless, some people believe that certain situations cause susto, which makes their soul leave their body. After that happens, they feel unhappy and sick. There’s a whole slew of other symptoms they can also experience. Let’s take a closer look at the definition and symptoms of susto.

The Official Diagnostic Definition of susto

The DSM-5 defines susto as a cultural explanation for unhappiness and misfortune prevalent among some Hispanics in the United States and people in Mexico, Central America, and South America. Hispanics in the Caribbean, however, don’t recognize it as an illness.

Susto is an illness attributed to a frightening event that causes the soul to leave the body and results in unhappiness and sickness. Individuals with susto also experience significant strains in key social roles.

“Symptoms may appear any time from days to years after the fright is experienced. It’s believed that, in extreme cases, susto may result in death.”

Although susto has no official symptoms, the symptoms that people tend to describe are:

The Origin and Typology of Susto or Espanto

The events that precipitate this condition are diverse. Generally, they include natural phenomena, animals, interpersonal situations, and supernatural beings, among others.

The DSM-5 identified three types of susto (known as cibih in the Zapotec language). Each one has a different relationship with the psychiatric diagnoses.

People who suffer from this condition experience truly intense suffering. The cultures that have documented cases of susto or espanto sometimes attribute it to magical elements. The Tzotziles, for example, divide these kinds of events into three categories:

In conclusion, this phenomenon deserves further research and consideration from the scientific community. Of course, considering the strong cultural component of susto, researchers have to study it in context.

Koro Syndrome: The Intense Fear of Genital Retraction
Koro syndrome is the fear that certain erogenous zones are shrinking and that they will end up disappearing in the abdomen. Read more »

Link copied!
Interesting Articles
Cinema, Television, and Psychology
What a Robot Can Teach Us About Resentment and Jealousy

Childhood depression is a disorder that goes unnoticed. It's forgotten, unknown and confused with other problems. Many consider that it's…

The word 'feminism' makes young people nervous. Conditions of gender inequality are still very common. And, even though there's been a…