Sun Tzu - A Biography of a Strategist

Sun Tzu was the author of the book The Art of War, which is the most famous philosophical and military work of its kind of all times. The most interesting thing about it is that it raises combat to the level of a mental confrontation. Thus, battles are perceived as undesirable. 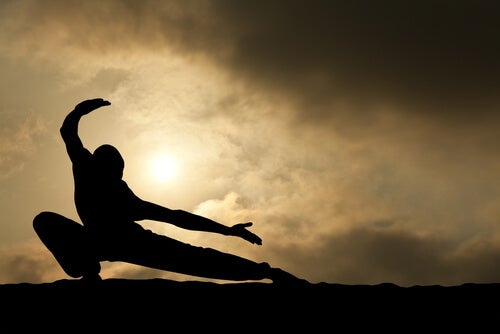 Sun Tzu is a millenary character who continues to inspire many great leaders, not only when it comes to battles but also in politics and business. His book The Art of War has guided strategists of all times due to the universal validity of its principles. Also, due to its sound advice.
The most curious thing about Sun Tzu’s work is the fact that he turned combat into an act of intelligence, not brute force. In fact, one of the great maxims of this work indicates that the best battle is the one that never takes place. It largely shares the tradition of martial arts, as they also build on that principle.
Sun Tzu is an enigmatic character but there isn’t a lot of information about him. In fact, some people question his existence and believe that the name is just a pseudonym adopted by various warriors. However, at least for the moment, the existence of this character is historically accepted.

The origins of Sun Tzu

Sun Tzu was born in China, probably in 544 BC. He was a contemporary of the famous philosopher Confucius. He lived in a troubled era, one characterized by divisions and internal struggles. Even so, philosophical thinking was highly valued in his era and this is why his treatise, a work for intellectuals, is rather enduring.
According to what some scholars established, the strategist was born in Ch’i and came from a family of high military ranks. Apparently, he learned the trade of war from his grandfather. Back then, the Zhou dynasty reigned but there was a constant fight between different kingdoms in China, meaning there wasn’t a centralized unit.
Historians believe that Sun Tzu may have moved to the south of the country in 517, and that he settled in the state of Wu and was under the command of General King Hu Lu. This period of history is known as the “Combatant Kingdoms,” during the so-called “Springs and Autumn” period of China.

Sun Tzu had his own philosophy in the face of war and soon began to apply it with much success. He defeated powerful armies thanks to his enormous strategic skills. This army man demonstrated that victories didn’t depend on the size of an army, or on the number of resources available, but on strategy.
The approaches of this strategist revolve around the idea that the art of war is the art of deception. To be successful, you basically need to know the enemy as well as you know yourself. Finally, you can sum it up as knowing what the opponent thinks and predicting their actions in order to take advantage of it to their own detriment.
An interesting aspect of Sun Tzu’s treatise is that, in one way or another, it’s designed for the disadvantaged. Similarly, it’s purpose is for any combat to cause the least amount of damage and loss. As indicated above, the ideal thing for this warrior is to handle conflict in such a way that it won’t be necessary to fight.

The Art of War is comprised of 13 chapters and is full of aphorisms. At first, it was a secret text that only men of power could access. In fact, someone discovered an ancient version of this treatise in 1972, during an excavation.
Someone wrote it on bamboo boards but it wasn’t the same version that was already popular around the world. However, many people knew about Sun Tzu’s ideas, and leaders began to apply them, first in China and then in Japan. In 1772, French Jesuit Jean Joseph Marie Amiot translated the book into French, and then Lionel Giles translated it into English in 1910.
Ever since this work reached the West, it became a favorite of many leaders. Historians believe that Napoleon used it as a reference and that Vietnam won the war against the United States thanks to it.
Over time, this book gained importance not only among the military but also among politicians and businessmen. Scholars know very little about Sun Tzu and believe he died in 496. However, they have no other details about his life.
The Art of beign a Coward
Many of us know someone who is cowardly. Perhaps it is even us. So what really is cowardice and what can we do about it? Are you a coward? If so you should try and face your emotional fears and be brave. Read more »